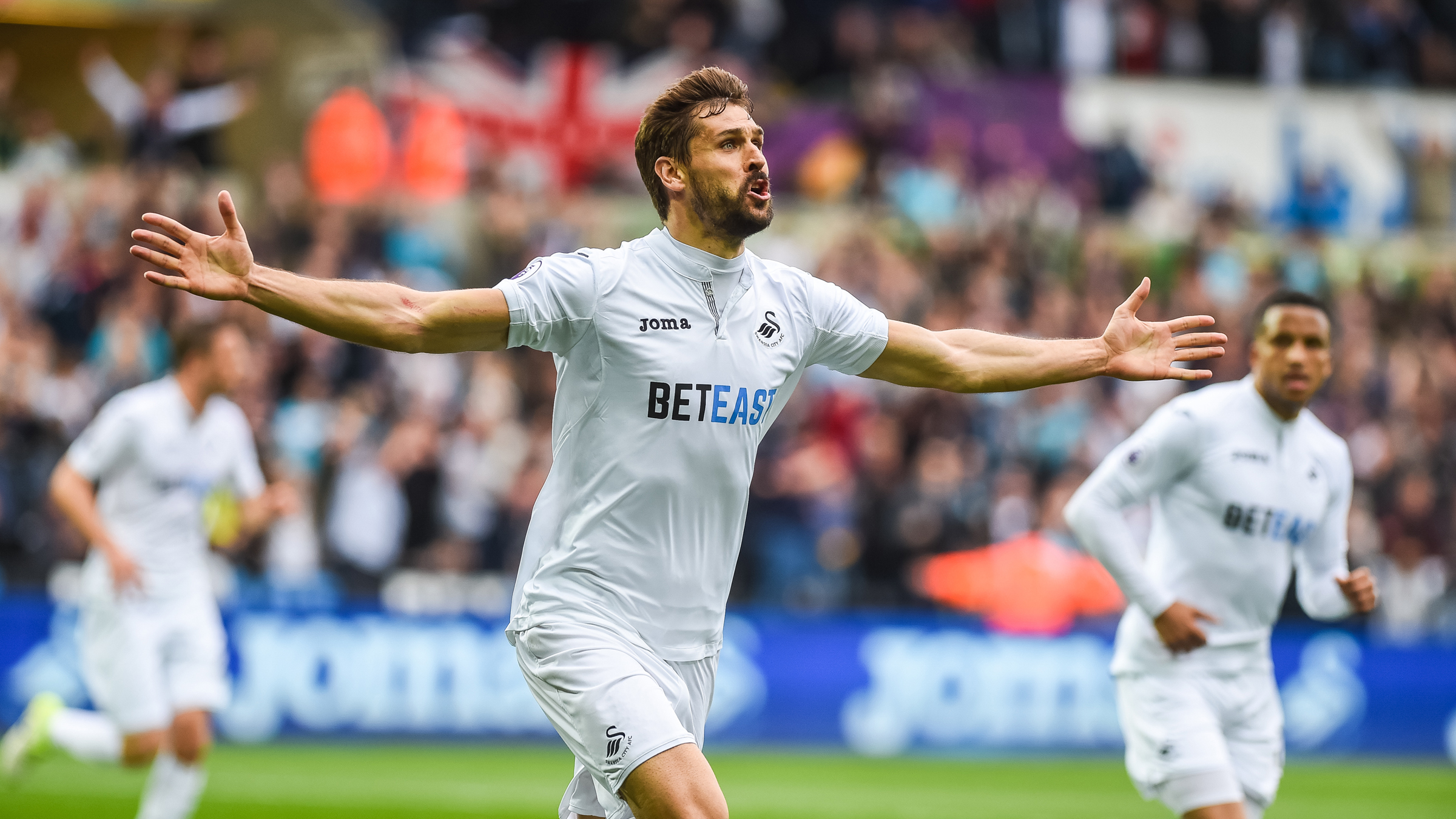 On This Day: Swans edge towards survival

Swansea City took a massive stride towards Premier League safety on a dramatic day in the relegation battle on May 6, 2017.

Paul Clement's side had three games remaining, but were trailing Hull in the battle to avoid the drop into the Championship.

However, their hopes were boosted when the Tigers suffered an unexpected home defeat to already-relegated Sunderland prior to the Swans' tea-time meeting with Everton.

Victory over the Toffees would put Swansea's fate back in their own hands and, cheered on by a raucous, partisan Liberty Stadium crowd they got the ideal start as Fernando Llorente headed in Jordan Ayew's deflected cross just before the half-hour.

Everton improved after the break but a crunching tackle from Leon Britton on Idrissa Gueye lifted the hosts again over the agonisingly tense closing stages.

Romelu Lukaku went the closest to an equaliser but found the side-netting as the Swans claimed a vital win.

They would beat Sunderland the following weekend and see their survival confirmed when Hull lost to Crystal Palace.