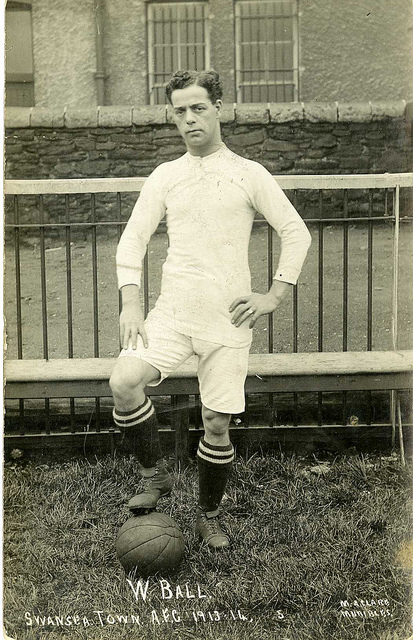 Swansea Town played the first competitive game in their history on this day in 1912.

Playing in the Southern League Second Division, the Swans locked horns with Cardiff at Vetch Field, where around 8,000 spectators gathered to witness this historic match.

Walter Whittaker (below) saw his side take the lead after just 20 minutes with Billy Ball (above) having the honour of scoring the club’s first ever goal.

However, Cardiff responded with a quickfire move that was finished off by Jack Burton.

The Swans pushed for a winner and went close on three occasions inside the final 10 minutes but, in the end, the spoils were shared.

There was another first exactly 17 years later, when Jack Armand became the first overseas player to turn out for the Swans.

Born in Sabathu, India, Armand joined the Swans from Leeds United for £500 before the start of the 1929-30 season, making his debut in a 2-2 draw with Stoke City.

He went on to make 54 appearances during his two-year spell in South Wales, scoring 10 goals.