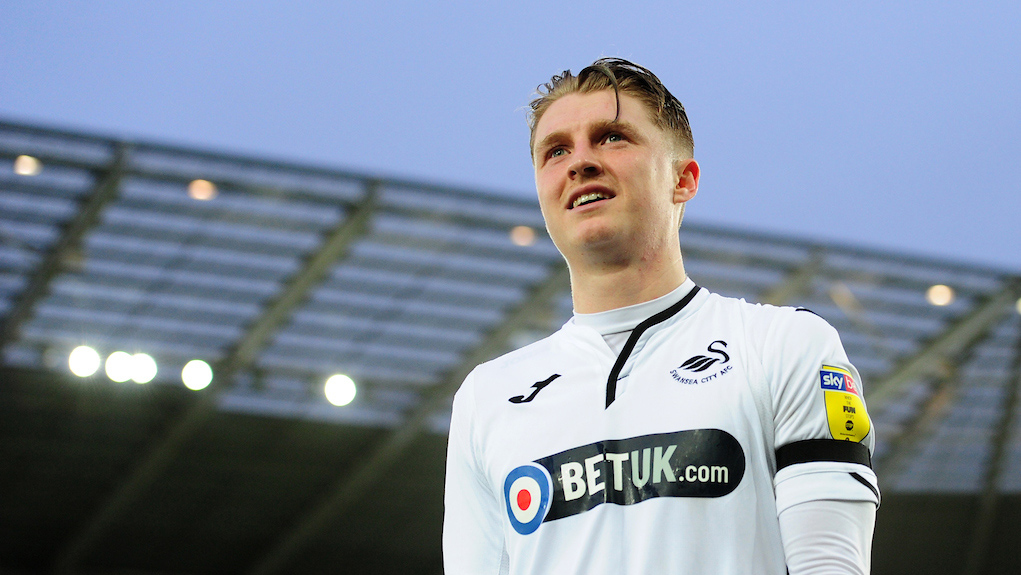 'A dream come true' for Byers

George Byers revealed his first senior goal in the Swans’ 1-0 win over Millwall was a “dream come true”.

The 22-year-old unleashed an unstoppable effort from inside the box as his 43rd-minute goal proved the difference at the Liberty.

And the midfielder was delighted to have opened his account in senior football.

“I am buzzing to get my first senior goal - I feel it has been a long time coming,” he said.

“I’ve thought about this moment for a long, long time. It’s a dream come true to finally score a professional goal.

“I had a few shots that got saved before I scored, but I kept plugging away and it paid off.

“It’s an amazing feeling, and now I want to have more moments like that.

“My finishing is something I have been working on a lot and I need to continue to bring it into my game.”

Byers, who joined the Swans from Watford in 2016, made his eighth appearance of the season under Graham Potter.

His goal ensured the Swans moved onto 44 points from 31 games, with victory seeing them rise to 11th – six points off the Championship play-offs – ahead of Wednesday’s trip to Leeds United.

And Byers felt it was an important performance and result after a disappointing defeat at Bristol City the weekend prior.

“I am delighted to get the goal today but the most important thing was to get three points.

“It was some shift from the boys today. We knew it was going to be a tough game against Millwall. They had a lot of direct balls and I thought we dealt with them brilliantly.

“We were really determined to bounce back from last weekend’s loss. We had to make up for that with a performance that was good enough to get a good result against Millwall, and that’s exactly what we did.”