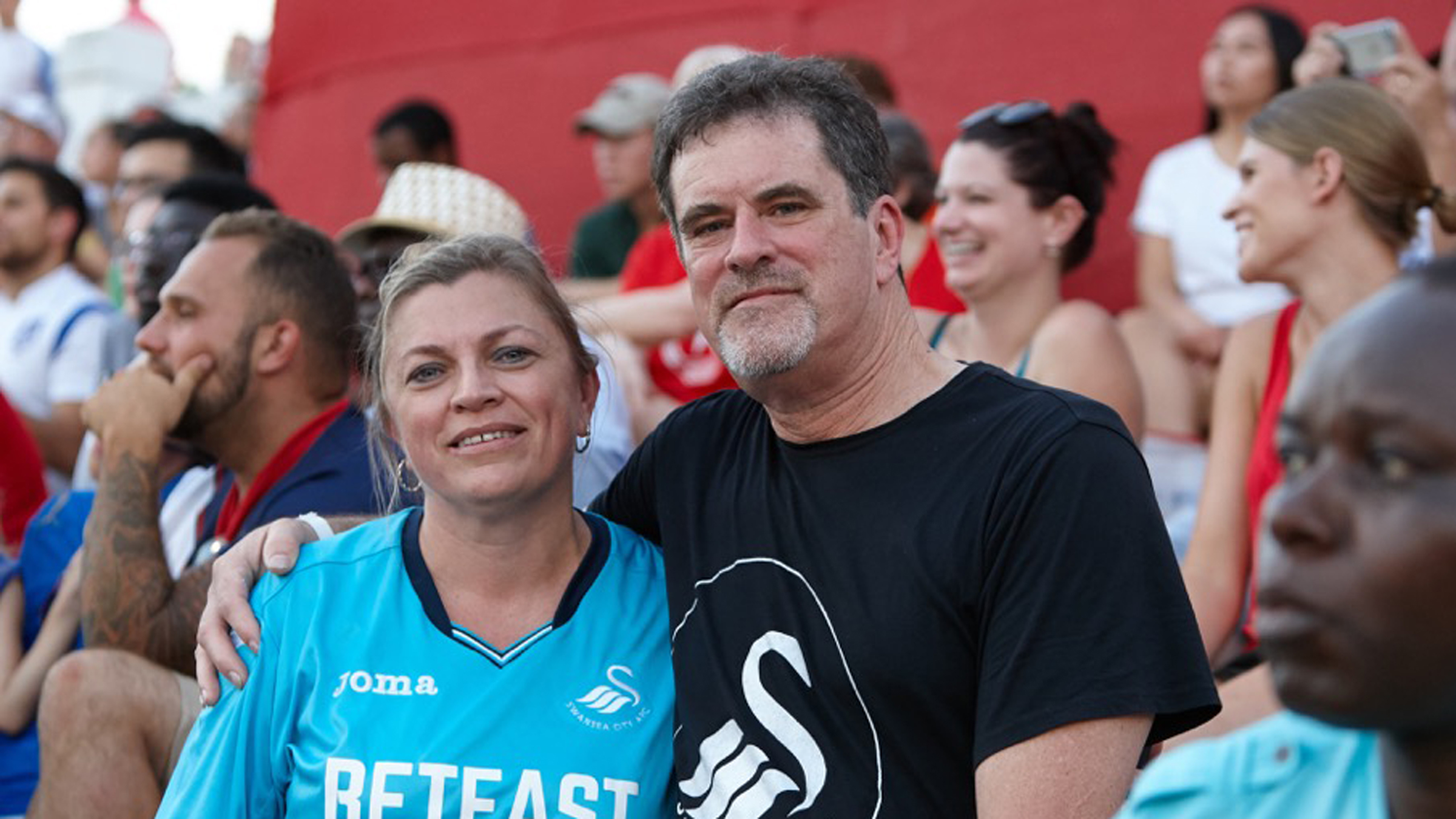 To celebrate the Swans US tour, this week’s Fan Focus features Ray Kline, a member of the ever-growing group of Stateside Jacks.

Attracted to the prospect of seeing a Premier League team play against his own team - the Richmond Kickers - Ray and his family went along to that game and he immediately fell in love.

“When the Swans came to Richmond to play my local team last summer, it was like the Superbowl for Kickers fans,” he explained.

“I was really getting into the game and then after the final whistle, the players came over and were talking to fans for 30 or 40 minutes and I thought that these are really good guys and I started following them.

"They were very gracious and friendly and spent a while talking to us in the hot humid weather when they could have been on the bus."

A year on and with the Swans returning to Richmond, Ray wasn’t going to miss out on his chance to see the side again and was lucky enough to win our ticket raffle in the build up to the game.

This however, wasn’t the first time that Ray managed to bag himself free tickets to watch his beloved Swans play.

Whilst visiting the UK towards the back end of last season, he couldn’t miss the chance to see the team play when Paul Clement’s men travelled to Sunderland in their fight for Premier League status. With all the tickets financed by the players, they were all snapped up, but that didn’t stop Ray.

“I was too late to get one of the tickets that Leon and the team had paid for and the only tickets left were for Sunderland fans but I was going to go anyway," he added.

“I was in Glasgow so I made the three-and-a-half hour trip down and when I got there I was happy that I was going to see them but just wished I could sit in the away section.

“I picked up my tickets and saw a pub with loads of people with Swansea flags and shirts on and I thought this is my one chance to talk to other fans.

"I started bellyaching to them about not being able to sit with the Swans fans and one of them says ‘we can’t have that mate, you have got to sit with us,’ and he goes and gets a spare ticket from on of the other fans!

“I sat with the Swans fans and they took me under their wing. They taught me the songs and the chants and they were so friendly. I guess they heard my American accent and they wanted to find out my story.”

If it was the players that made him fall in love with the club therefore, it was this act of kindness from his fellow Jacks that solidified that passion.

“The reason I fell in love with the club was the players, but meeting the fans just took it up a level,” he continued.

Now, Ray has four Swans games under his belt, two in Richmond and two in the UK after seeing Sunderland away, as well as Manchester City away after taking time out during another trip to Scotland to watch the game.

His dream, however, is to one day make it to the Liberty, but for now, Ray will make do with watching them play on his side of the Atlantic, especially as he’s noticed a lot more American Jacks walking around Richmond since last year.

“It’s great because last summer at the game, there were only a handful of Swansea shirts on display but this year there’s ten times that many," he added.

"Hopefully if they come back next year, they’ll be 50 times that many."