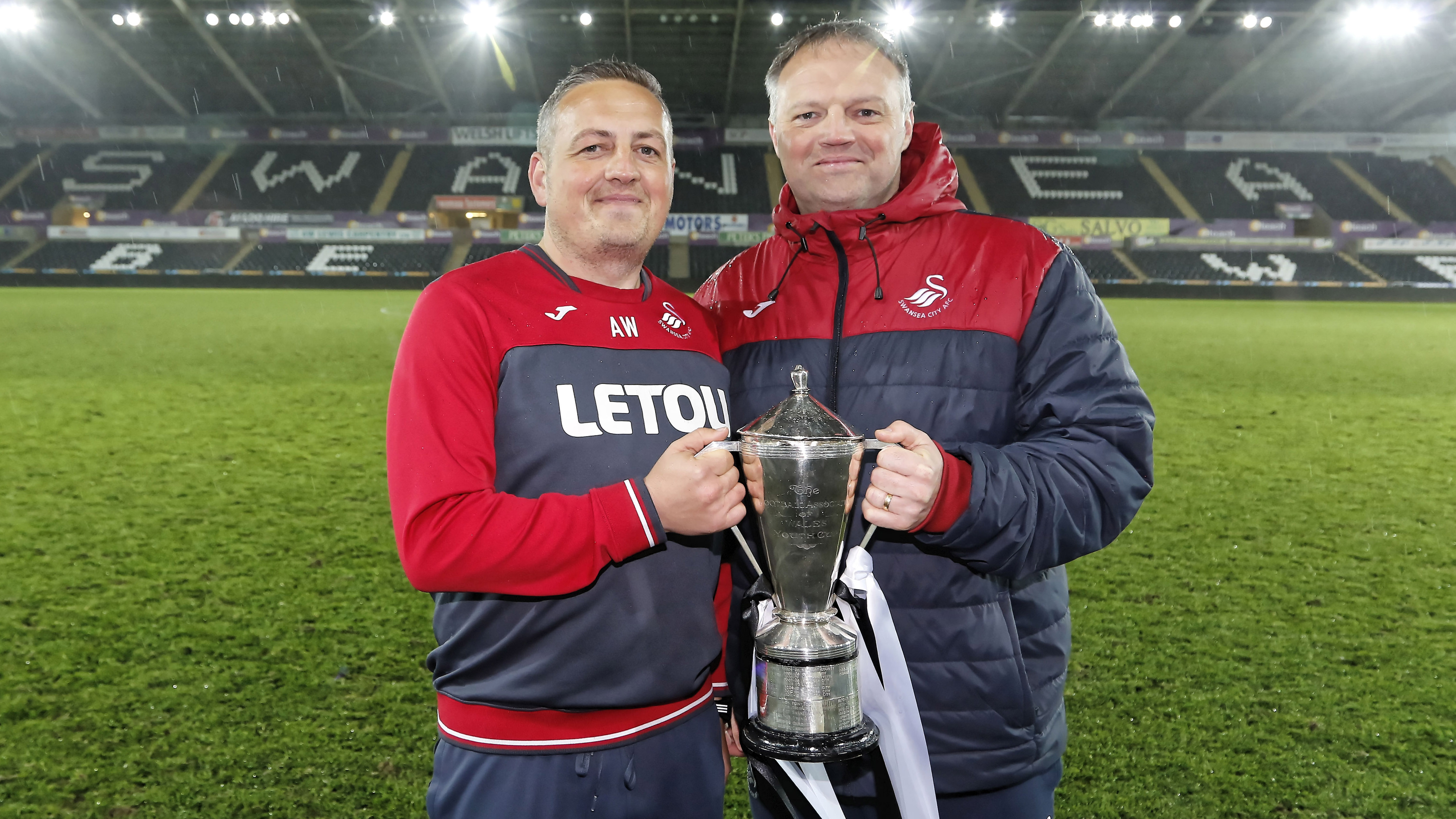 The young Swans successfully retained the trophy after beating Cardiff City 3-2 on penalties in a dramatic final at the Liberty Stadium.

It was a fitting way to end a magnificent season for the academy side, who also finished sixth in Premier League South – their highest ever position since attaining category one status.

And both coaches were thrilled to have finished the campaign on a high.

“I’m really pleased for the boys and the club,” Wright said. “Nine in a row is a fantastic achievement.

“There was a little bit of pressure going into the game because we don’t want to be the coaches and players that don't continue the run.

“But the players have applied themselves in the right way throughout this tournament and it’s pleasing to lift the trophy.”

Grey added: “We have to give Cardiff credit because they stopped us playing the way we normally do. But the boys kept going right to the end.

“To go on and win it the way we did is brilliant.

“We are delighted to finish the season by retaining the cup once more.”