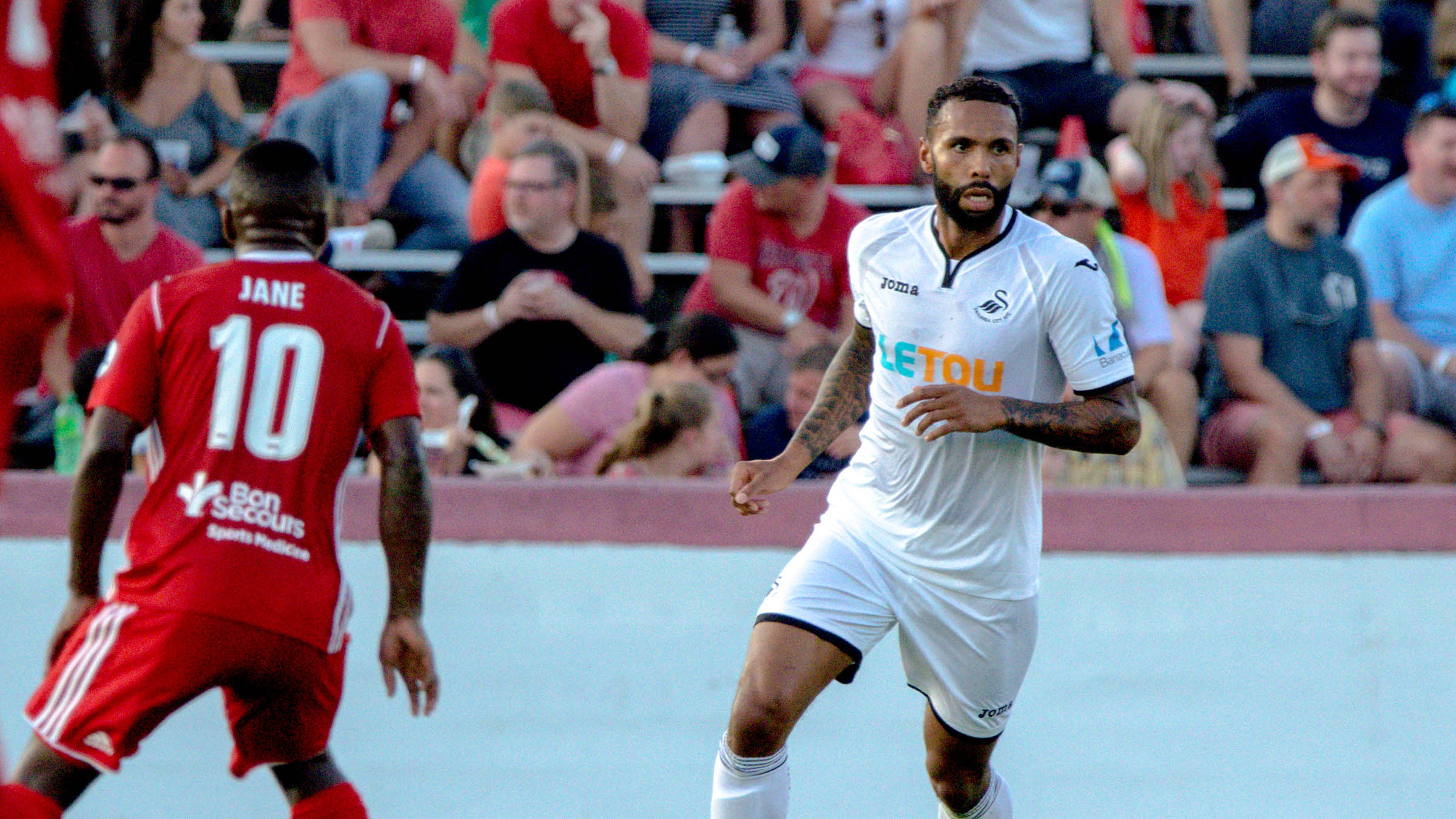 Kyle Bartley felt the Swans coped perfectly with the sweltering heat during the 2-1 victory over Richmond Kickers.

The Swans played in temperatures which exceeded 30 degrees on Wednesday night at the City Stadium.

Paul Clement gave a number of players 60 minutes of game-time, with others getting a half-hour stint.

And Bartley, who won the Swans’ penalty for the opening goal, revealed how difficult it was to play in the intense heat.

“It was probably the hottest game I’ve ever played in,” said the centre-back.

“It was difficult to breathe, particularly in the first half, but the lads coped very well with it and we moved the ball and kept possession quite well.

“It could have been a bit quicker at times, but that is something we will work on and improve on.

“You will see next week when we are back home that we are a lot sharper and quicker with the ball.”

Victory over the Kickers followed the opening tour draw with MLS side Philadelphia Union.

And Bartley, who is back at the Swans following a season-long loan with Leeds United, believes big strides forward have been made in their time in America.

“It’s been a really good trip so far,” he added. “Fitness-wise it has been a fantastic week.

It’s important in pre-season that you get the rustiness out and you get your mind sharper as well as your body.

“We will continue to work hard to keep improving and make sure we are ready for the first game of the season.”