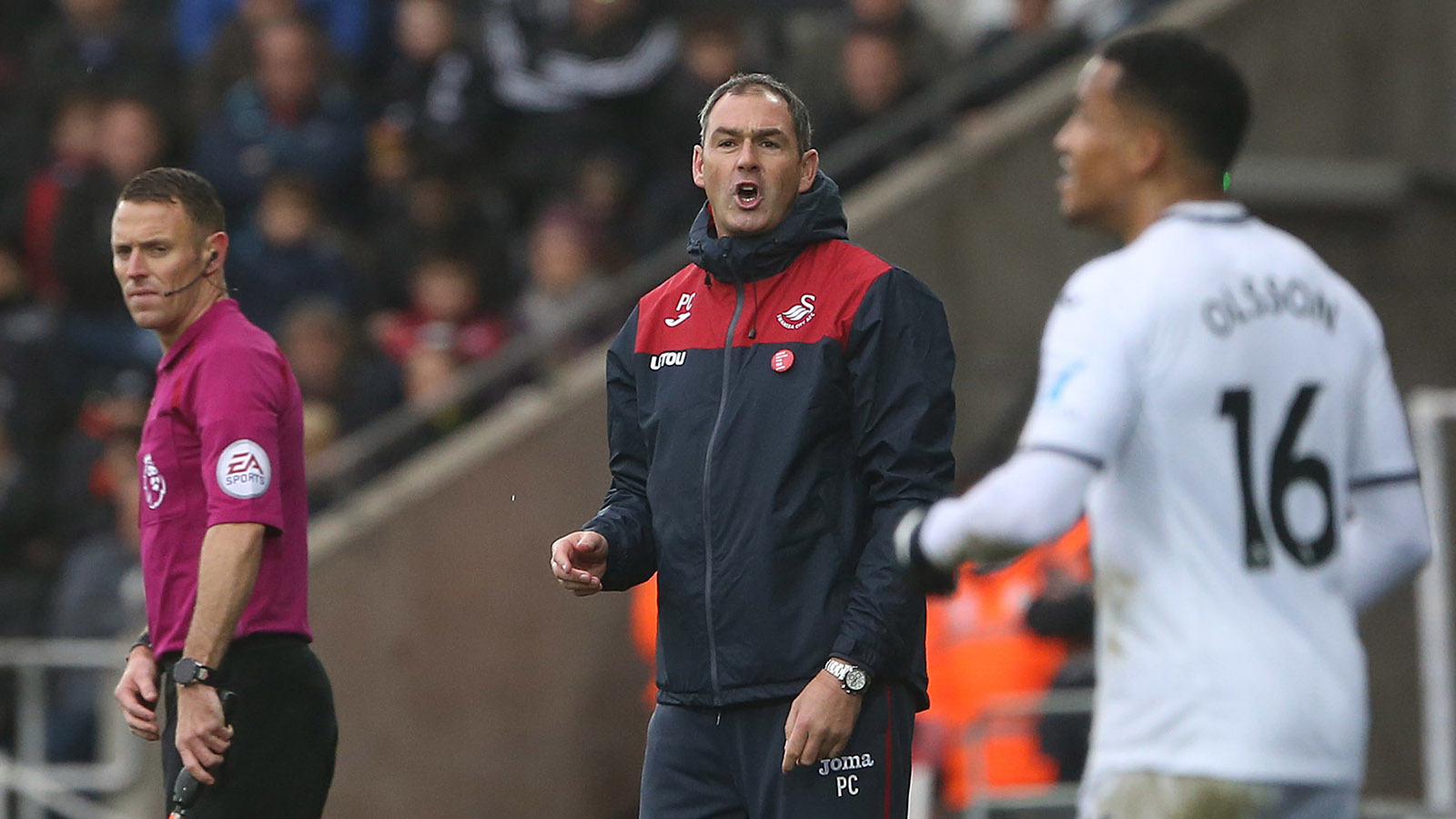 'It may be time for others to be given a chance'

Paul Clement admitted it may be time to give others a chance after Swansea City succumbed to their fourth defeat in five home games this season.

The Swans thought they had taken a major step forward when they beat Huddersfield last weekend.

But there was more Liberty frustration against Leicester City as caretaker manager Michael Appleton led the Foxes to a 2-1 victory.

The Swans were poor in the first half and fell behind to Fede Fernandez’s 25th-minute own goal.

Shinji Okazaki made it 2-0 right at the start of the second period and despite a swift response from Alfie Mawson, the Swans could not find an equaliser.

And with a Carabao Cup tie against Manchester United to come on Tuesday, Clement has suggested he will give others a chance to impress.

“I have got a good squad of players here and they all know that at this level, we have to get close to our potential if we’re going to get results,” said the Swans boss.

“At the moment there are some confidence issues – players are not playing as well as they can do.

“It’s up to me and all the players to be mentally tough now.

“A couple of wins can change things very quickly. In this league anyone can beat anyone – look at Huddersfield and Manchester United today, and Bournemouth going to Stoke and winning.

“That’s the attitude we have to have. We will reflect on this game honestly and then I will think about Tuesday night.

“I think it’s time for some other players who have been waiting for a chance to have an opportunity and we will look at that for Tuesday.”

Clement has urged his players to dig deep as they attempt to push on from what has been a frustrating start to the season.

“I believe in this group,” he added. “Last week I was pleased with them, this week I’m not so pleased.

“They are not so pleased either. It’s another missed opportunity for us, but we have to keep working at it. There’s nothing else we can do.”