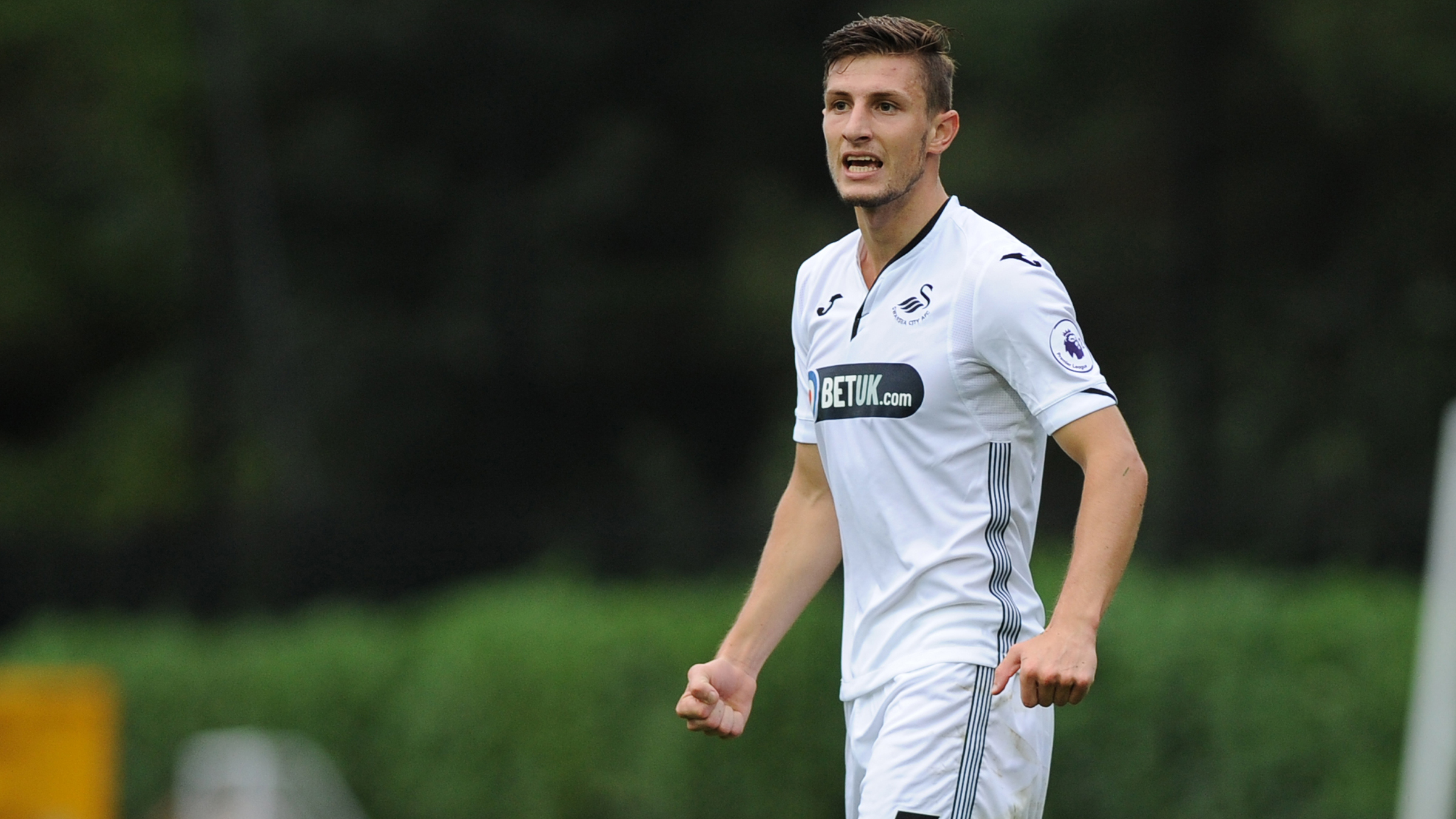 'It's one of my better goals'

Adnan Maric admits his decisive goal against Charlton Athletic was one of the best he has scored after helping Swansea City Under-21s reach the Checkatrade Trophy knockout stages.

The midfielder was the hero at The Valley on Tuesday, with his 55th-minute strike enough to send the Swans through as Group G winners in the Southern section.

Receiving the ball from Liam Cullen 20 yards from goal, Maric curled a precise effort into the bottom corner beyond the despairing dive of goalkeeper Ashley Maynard-Brewer.

The Swede was understandably delighted with his effort, while he also hailed the spirit of his team-mates securing the young Swans’ progress for a third consecutive year.

“It’s one of my better goals,” he said. “We’d had a few chances already so, as the ball came across, I decided to try my luck. Luckily for me, it went in.

“We take all these tournaments very seriously and try to do our best every year. We showed tonight how much it means to us.

“The whole team played really well. Right from the journey to the game, everybody was ready and we knew what we had to do.

“It’s the third straight year that we’ve come through the group stage, which is very pleasing.”

The Swans are now in the hat for the knockout stages, with the draw taking place on Friday afternoon.

And Maric insists they have nothing to fear following their exploits at The Valley.

“We played a really good team. I rate Charlton as one of the better sides in the tournament,” the 21-year-old added.

“If you can play well against a strong team like them, there’s nothing to be afraid of going into the knockout stages.”

Wasiri Williams | This result will not get us down

Swansea City Under-21s defender Wasiri Williams was confident that his side would not let their heads drop after suffering a 4-1 defeat to Arsenal Under-21s in the Premier League Cup.