Jake Bidwell | Chasing shadows at the Liberty stuck in my mind

Footballers tend to prefer to forget their defeats, but new Swansea City signing Jake Bidwell admits a loss at the Liberty last season left a lasting impression on him.

The 26-year-old has become the first acquisition for head coach Steve Cooper, putting pen to paper on a three-year deal in SA1.

The Everton academy product has revealed how speaking to Cooper, plus Swans' full-backs past and present in Angel Rangel and Connor Roberts, had been instrumental in his decision to turn down offers from elsewhere to sign on in South Wales.

But left-back Bidwell was also left with an indelible impression of what life at Swansea could be like having featured for QPR at the Liberty last September.

He was on the wrong end of a 3-0 scoreline that day, with the home side completing a season-high 746 passes - at a completion rate of over 87 per cent - as goals from Courtney Baker-Richardson, Connor Roberts and Jay Fulton gave the Swans the spoils.

Bidwell was among a trio of Rs players to be booked on the day,  and the former England age-grade international admits it was an afternoon that came to mind once he knew of Swansea's interest. 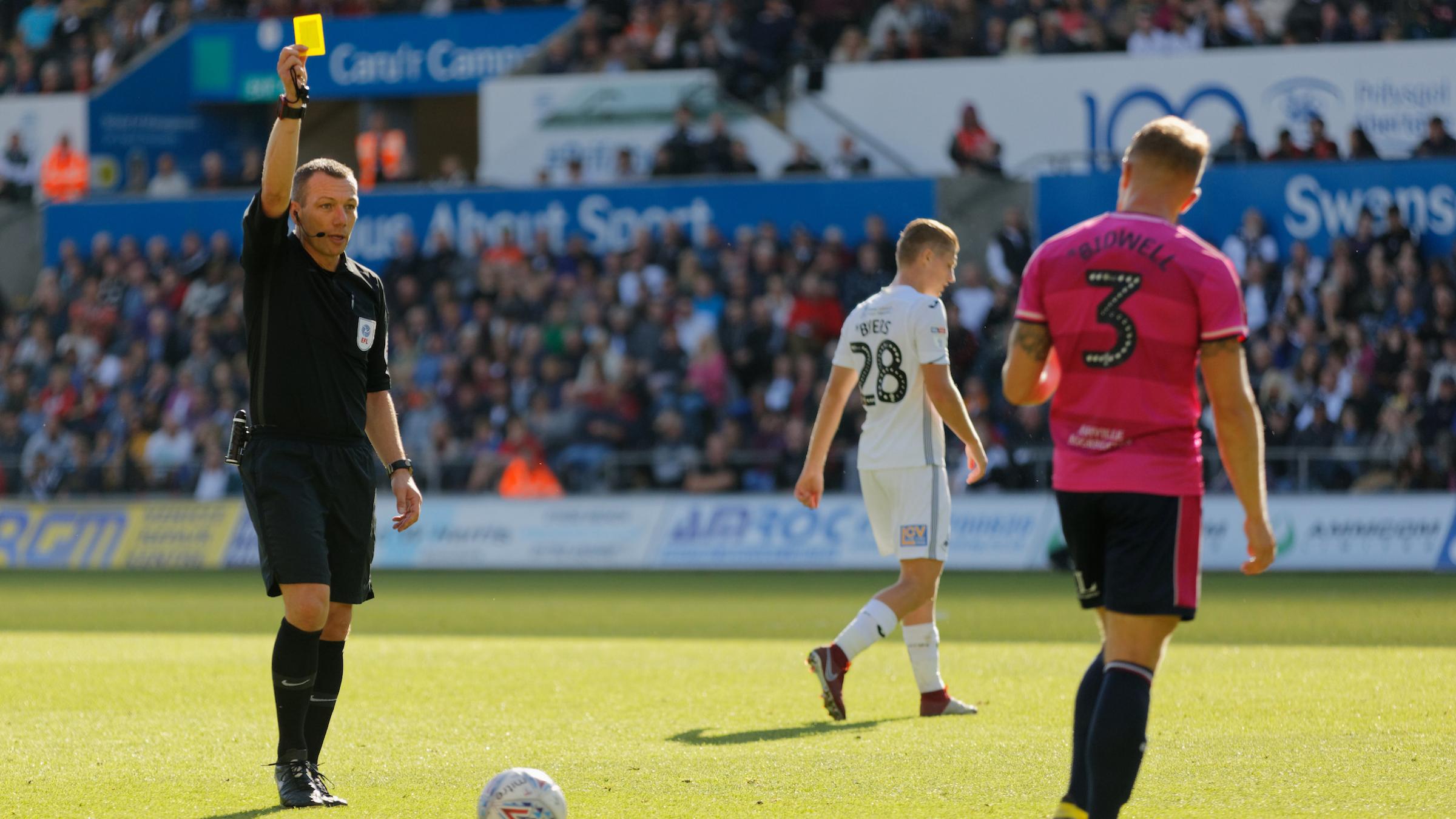 “That was a game that left an impression on me because it was a long afternoon for us,” he said.

“It was 3-0 in the end but we were chasing shadows for most of the afternoon. The style of play is obviously attacking football, which is what the fans want to see.

“But the most important thing is that, when you get it right, it is winning football and – as I say – the result was 3-0 that day, so it is a winning style.

“I think it will suit me well, I like the chance to try and get forward from full-back and hopefully I can add to the team and help them improve.”