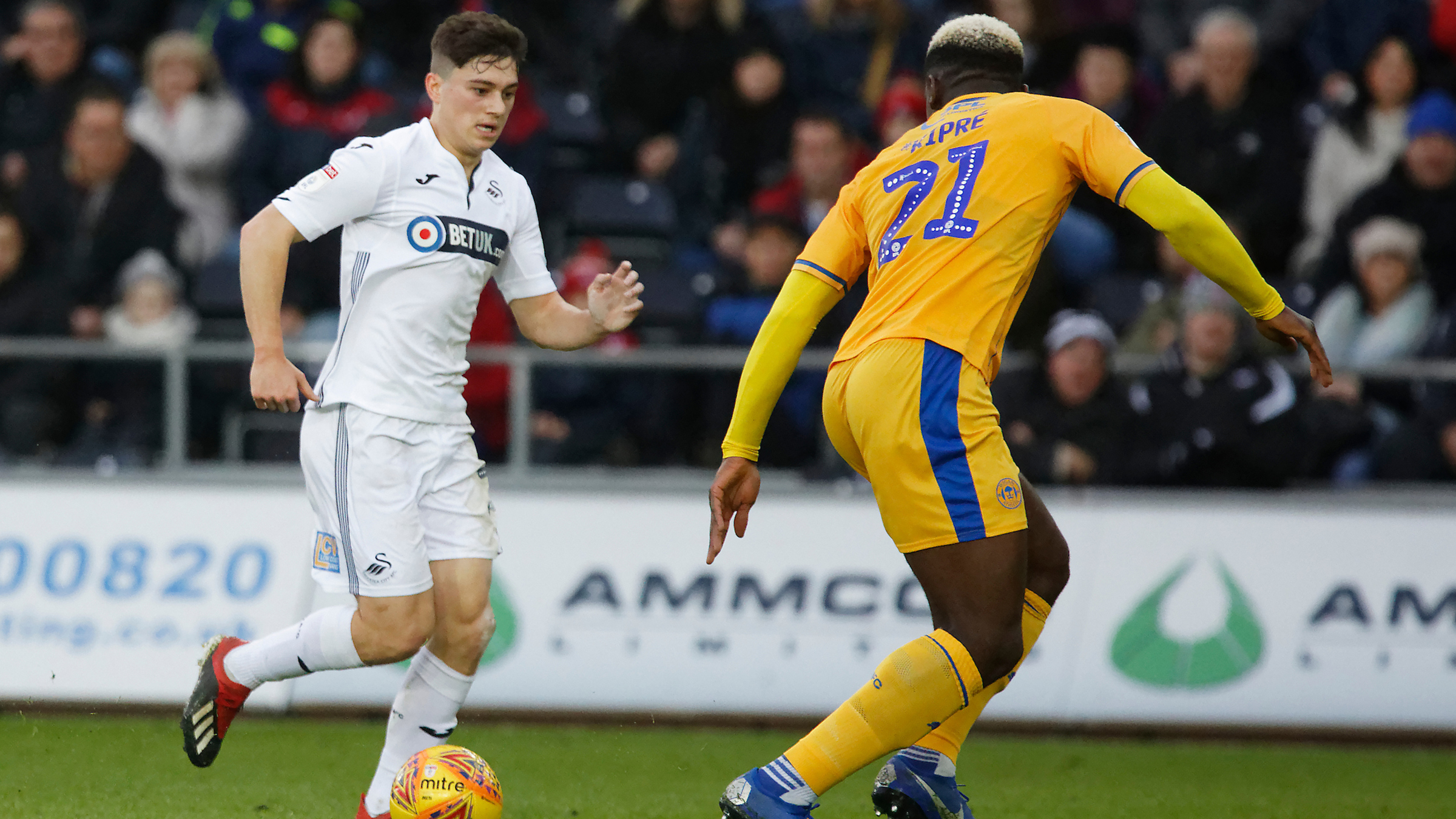 James set to return to training on Monday

Swansea City manager Graham Potter expects Daniel James to be back in training on Monday after the winger missed the defeat at Bristol City on Saturday.

The 21-year-old winger has remained with the Swans, after discussions over a loan move to Leeds with a view to a permanent transfer did not end in a suitable agreement.

Having not been involved in Swansea’s preparations for Saturday’s game, Potter felt it best – following talks with James – to leave him out in the West Country.

But the Wales international should be in training on Monday as the Swans turn their attentions to their home meeting with Millwall.

“It was a conversation between myself and Dan. We spoke, he has had a tough 24-48 hours and did not feel like he was in the right place to play this weekend,” said Potter.

“He just needed the weekend to clear his head, and he will come back in on Monday and be ready to help the team.

“It is one of those situations in football. Dan is a young guy, a fantastic boy and I understand he has been through a tough period.

“So we have to be patient with him, and then he is ready to help on Monday.”