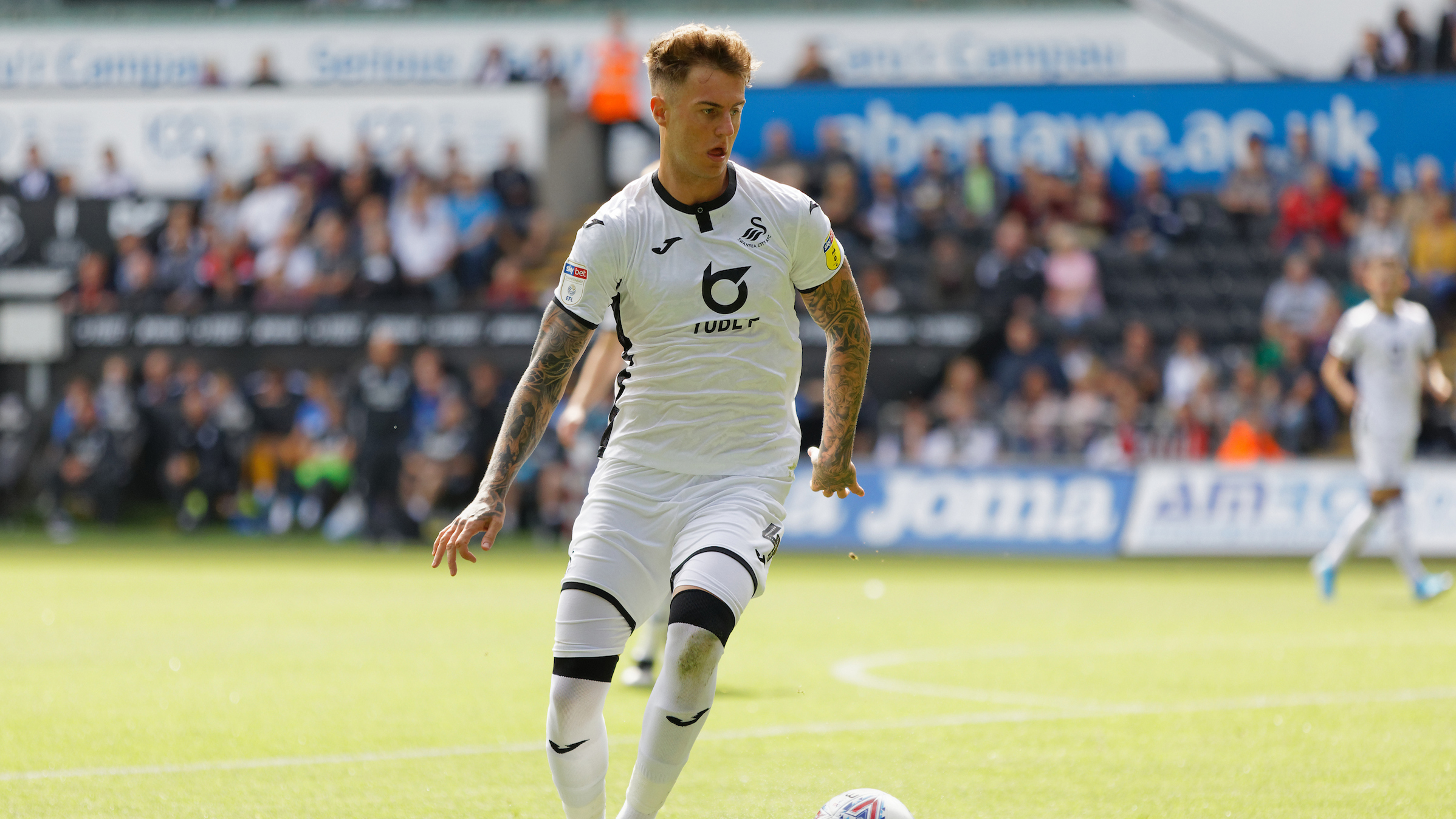 Joe Rodon | We want the Liberty to be a fortress

Joe Rodon wants Swansea City to keep the feelgood factor going against Birmingham City and make the Liberty Stadium a place no visiting team wants to play at.

Should they avoid defeat it will become their longest home run without a loss since moving to the Liberty in 2005, with the previous best coming in the form of a 20-match stretch in 1999 and 2000.

Overall, Swansea are unbeaten in nine league games and entered the weekend among the Championship pacesetters having taken 10 points from 12 games, their best-ever points return from the first four games of a season.

And with Steve Cooper’s side looking to build on their strong start, defender Rodon knows how important the Liberty factor can be.

“Winning away in midweek was a great feeling, it gives us confidence to move forward with,” he said.

“Now we are back at home, and we want to make the Liberty a fortress.

“Our form there has been good and carried on from last season, so we want to keep that up and get another three points.

“We would love to win both these games coming up before the international break, but in the Championship nothing ever comes easy and they will be tough games.

“But hopefully we can get points on the board if we can produced strong performances.”

Rodon – who was named in the Wales squad in midweek - produced an outstanding individual display at the Kiyan Prince Foundation Stadium as part of a fine all-round team display.

And the 21-year-old felt there were signs in West London that the Swans are starting to find their stride.

“That first half was probably our best performance of the season so far,” he said.

“It got difficult at times during the second half and we had to dig in, but we stuck together made some vital blocks and we punished them at the other end.

“We got rewarded for showing a bit of character, you have to be willing to do the hard part of the game too.”