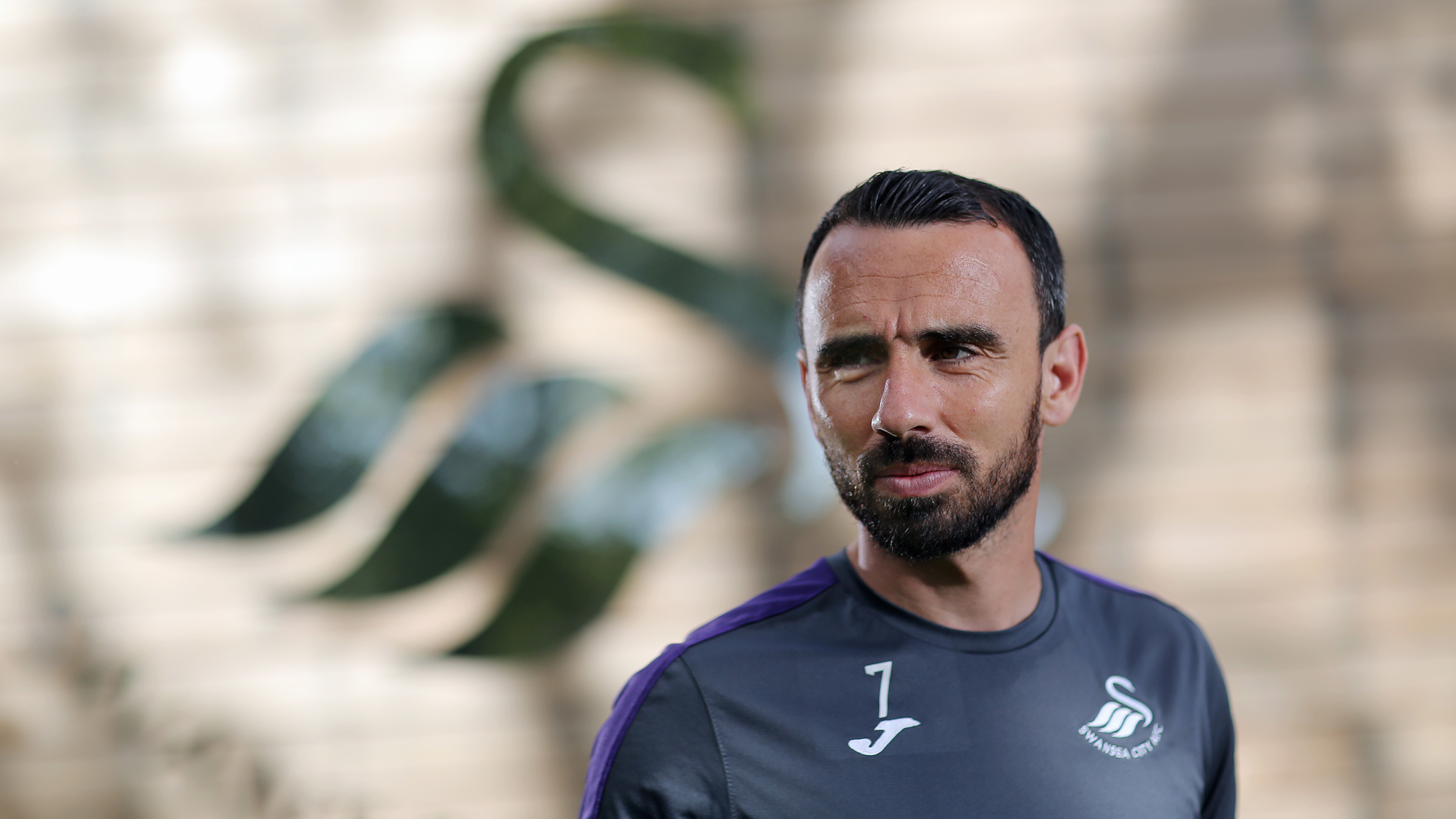 Leon Britton reckons Swansea City must learn the lessons of their toughest Premier League campaign yet to ensure they do not face another relegation battle next season.

The Swans ended up 15th in the 2016-17 table thanks to a superb end-of-year run which saw them bank 13 points from their last five games.

But Britton believes that despite their final flourish, the Swans must improve if they are to progress next term.

“The table looks a bit better after we went up a couple of places on the final day, but that doesn’t mask the fact that it has been a difficult season,” the club skipper said.

“Up until Christmas time, it was very, very difficult. We got 29 points after the manager came in, so the second half of the season was a lot, lot better.

“It’s difficult to say you have enjoyed it as a player because the pressure has been there all along. If we can carry on that form next season, hopefully we can have a more enjoyable year.

“The most important thing as we try to make that happen is that we learn our lessons. We have made some mistakes as a club and we have to make sure we do not end up in this situation again.

“This year was the most difficult we have had, while last season was not easy either. We need to make sure we nip this in the bud.”

The Swans’ sparkling end-of-season run was their best five-game sequence since they were promoted to the Premier League.

And the tally of 29 points from the 19 games following Paul Clement’s appointment was their highest half-season return in the top-flight era.

That statistic is all the more remarkable given that their total of just 12 points gained in the first half of the campaign was by some distance their worst since victory in the 2011 Championship play-off final.

“We wouldn’t have thought a few weeks ago that we would end up 15th,” Britton added.

“For most of the season, we would have been delighted with 17th.

“We had a really strong finish – to get 13 points from 15 in the Premier League is difficult to do.

“I am just pleased that we timed the run well. We came good when the pressure was on and picked up the points we needed.

“What we need to do now is carry that momentum into next season.”

Britton struggled for game-time for a chunk of the season, but came back into the side to play a pivotal role in the final push.

The Swans had gone six matches without a win when Britton was recalled for the home clash with Stoke on April 22. From that point on, Clement’s men did not lose a game.

And having made a strong impression in recent weeks, Britton is hoping to play a part once again when the Swans return to action in August.

“I have another year on my contract and the manager seems to be happy with me,” the 34-year-old said.

“I am looking forward to a break to recharge the batteries, but then I’ll come back ready to go again.

“I will work hard in training again next year, as I always do, and see where that takes me.”