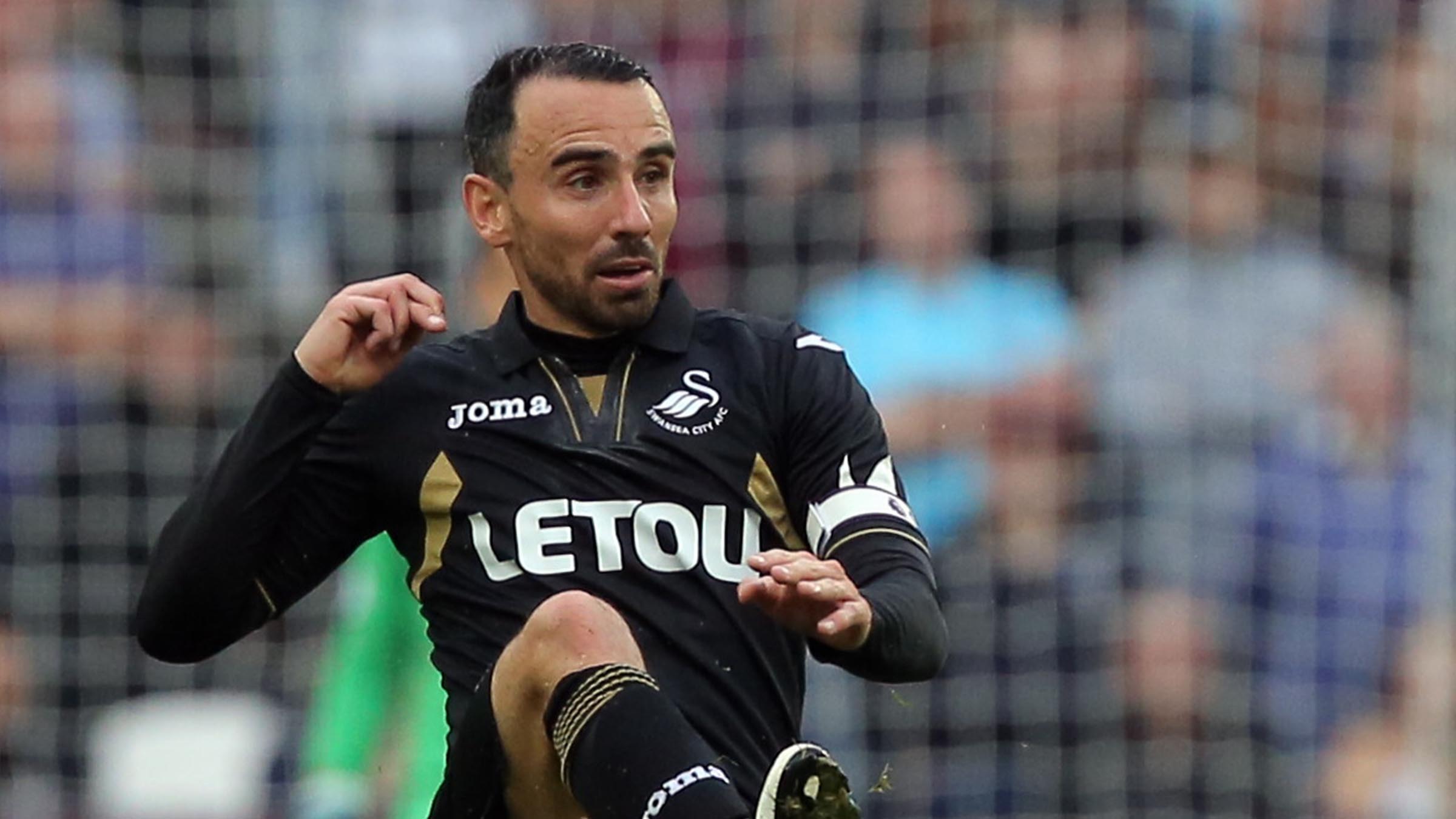 Leon Britton reckons Swansea City missed an opportunity as they were beaten in painful circumstances at West Ham United.

The Swans had seemed set to claim a point from a game which was short on goalscoring chances at both ends of the pitch.

But for the second week in a row, Paul Clement’s side were left reeling after the concession of a 90th-minute goal.

Arthur Masuaku broke up the West Ham left before crossing to the far post for Diafra Sakho to slide the ball home.

And Britton felt the Swans had failed to seize their chance on a day when the home fans’ frustration with their team was obvious.

“We will all go home frustrated, the players and the fans, because this feel like a missed opportunity if we are honest,” the Swans skipper said.

“The home fans were on the backs of their players. You could hear that. We were on top in the first half. We dominated possession and we needed to capitalise, but we failed to do that.

“Even then, at 0-0 after 89 minutes, you think the least we will get is a point, but we have ended up with nothing. It’s hard to take.”

There had been a warning for the Swans in the dying minutes of the game when Andy Carroll’s hooked volley looped on to the bar.

But Clement’s side were undone after losing possession in West Ham territory and failing to recover.

“It’s tough when you concede so late, but lessons have to be learned,” Britton added.

“You cannot lose your concentration – you have to go right until the end. You work hard to try to get a result so it’s difficult to take.”

Britton made his first appearance since the opening day of the season.

And the veteran midfielder was delighted to return to action even if the afternoon ended in frustration.

“It was nice to get back out there,” he said. “The manager picks the team based on training and the opposition and it was good for me to get some minutes on the pitch.

“I have had to be patient and wait for my opportunity, but hopefully I will be in the picture now for the next game. The frustration was not getting any points.”