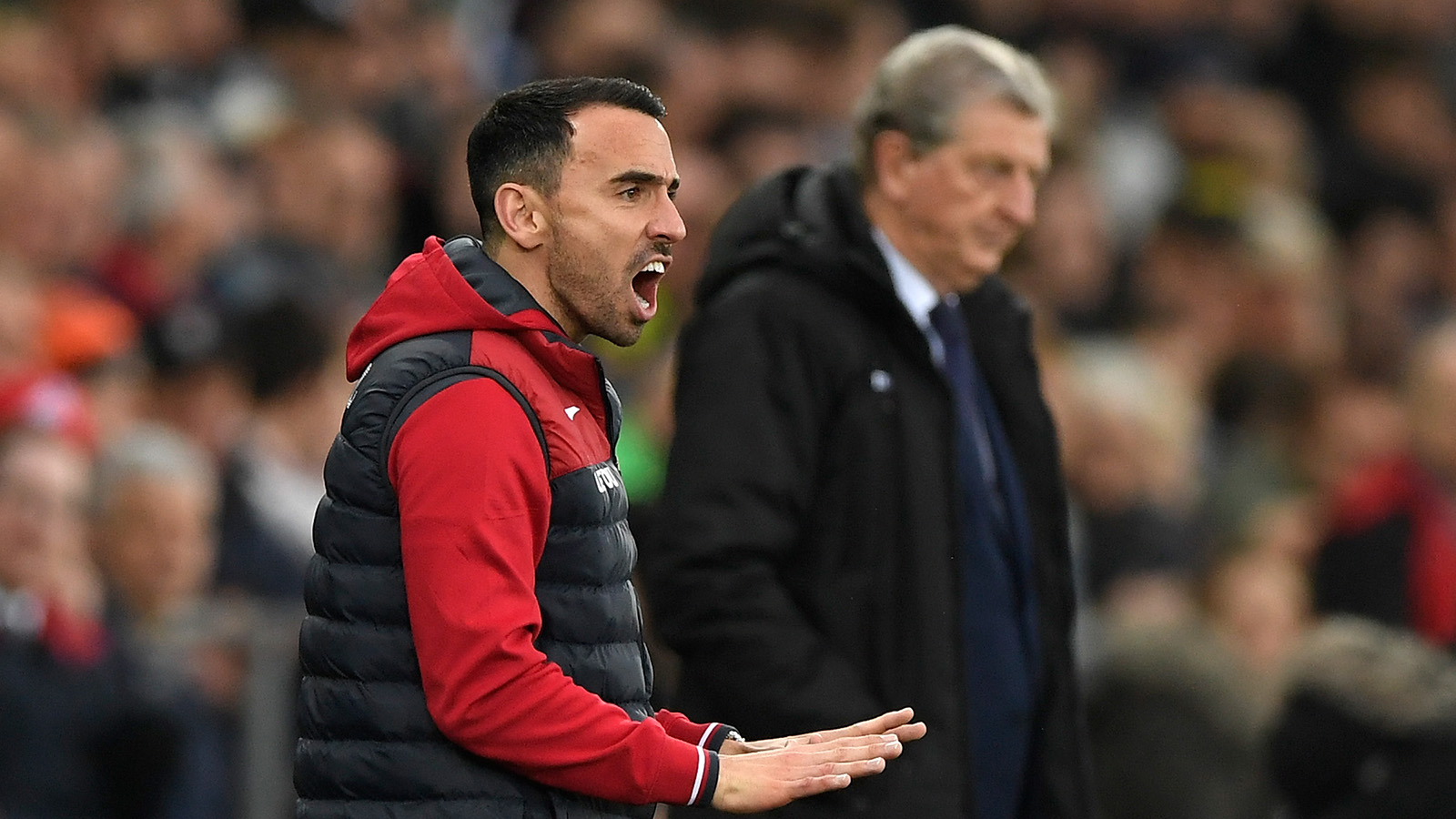 Leon Britton relished the challenge on his managerial debut – but reiterated that he is not in the race to become Swansea City’s next permanent boss.

The Swans’ player-assistant coach has stepped into the hotseat on a temporary basis following the midweek departure of Paul Clement.

Britton’s first game in charge ended in an encouraging 1-1 draw with Crystal Palace, with the Swans fighting back after going behind to claim a point thanks to a thumping Jordan Ayew goal.

As things stand, Britton looks set to remain at the helm for the Boxing Day trip to Liverpool.

But the Swans legend believes this is not the right time for him to take the reins full-time.

“I enjoyed the experience today as much as I could,” Britton said.

“There’s been a lot going in the last couple of days and it’s all very new to me being out there in the technical area.

“I enjoyed it more because we got some sort of result, but doing the job full-time is not something I would want to do at the moment.

“I would not rule out doing it at some point in the future, but I don’t think this is the right moment.”

Britton spoke to the Swans’ American owners as well as chairman Huw Jenkins on the eve of the Palace game.

And until something changes, he is planning for the Liverpool game.

“I haven’t heard anything,” Britton added.

“Whether that changes today or tomorrow I don’t know, but we are ready to train tomorrow and on Christmas Day to prepare for a very tough game on Boxing Day.”

The Swans have injury concerns ahead of Liverpool after Kyle Naughton (groin) and Roque Mesa (knee) came off during the Palace game.

Wilfried Bony and Ki Sung-Yueng will miss the Anfield trip, while Leroy Fer is battling to overcome a back problem.