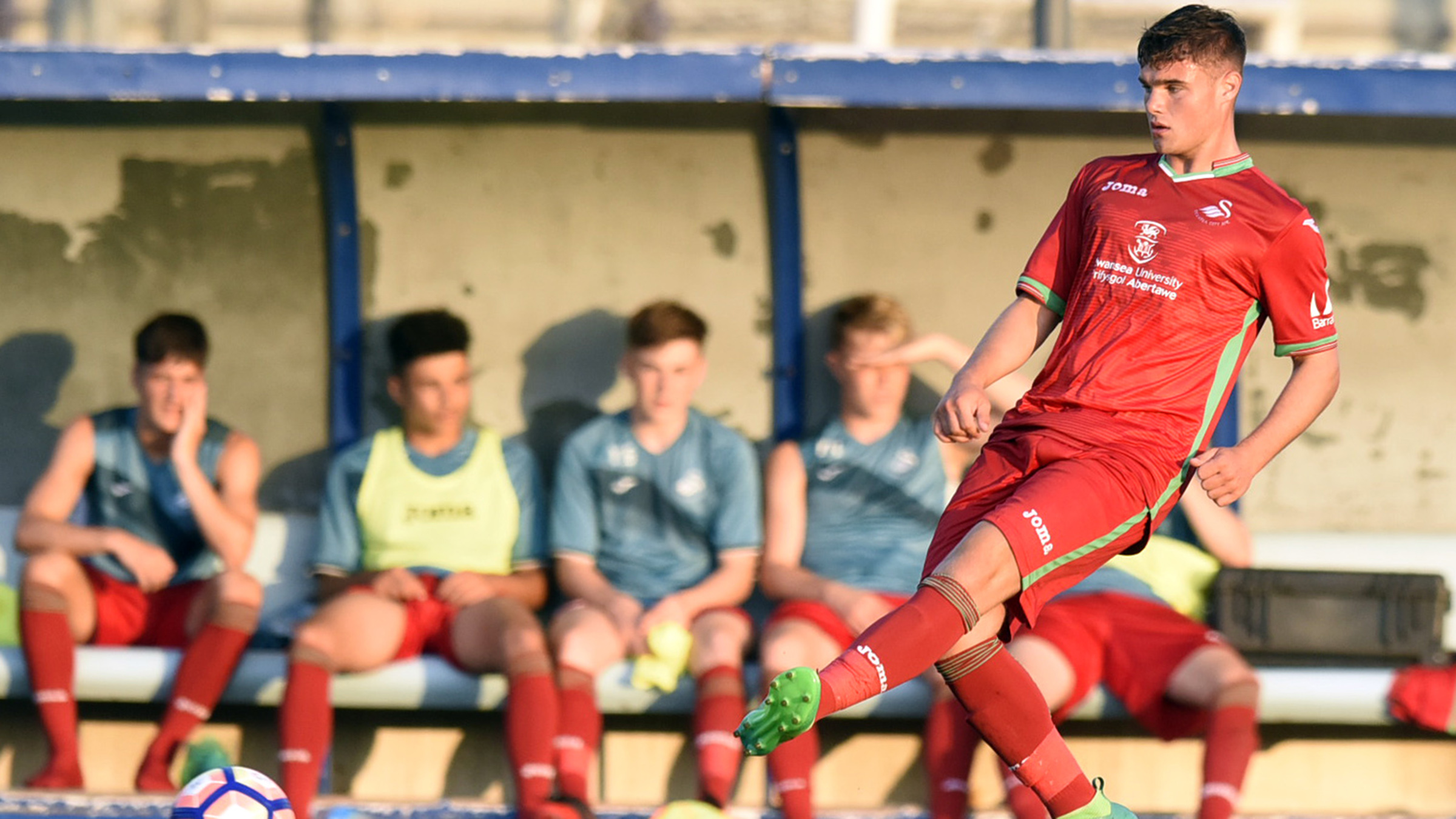 Matthew Blake has urged Swansea City Under-18s to maintain momentum when they face Tottenham Hotspur in Premier League South at Landore on Saturday (11am).

The young Swans are fourth in the table after an impressive start to the season that has already seen them surpass their final points tally from last season.

Blake and his team-mates now target a third consecutive victory in the league, following a comprehensive 5-1 win against Norwich City last month.

And the left-back believes an improved team spirit has been the key to the young Swans’ progress this season.

“The boys are really confident,” the 18-year-old said. “We’ve realised that we can compete with any team we come up against.

“We’ve grown as a team and played through the age groups together and know each other’s strengths.

“In the past we have been criticised for our lack of end-product in the final third, so it was good to get five goals in the last game to show we can do it. We don’t have any excuses not to score more goals now.

“We’ve got good momentum from recent games and, if we keep it going, we should get more results.

“Spurs will be technically good, but we’ve competed against them over the last couple of years. If we continue to give 100 per cent there is no reason why we can’t go out there and beat them.”