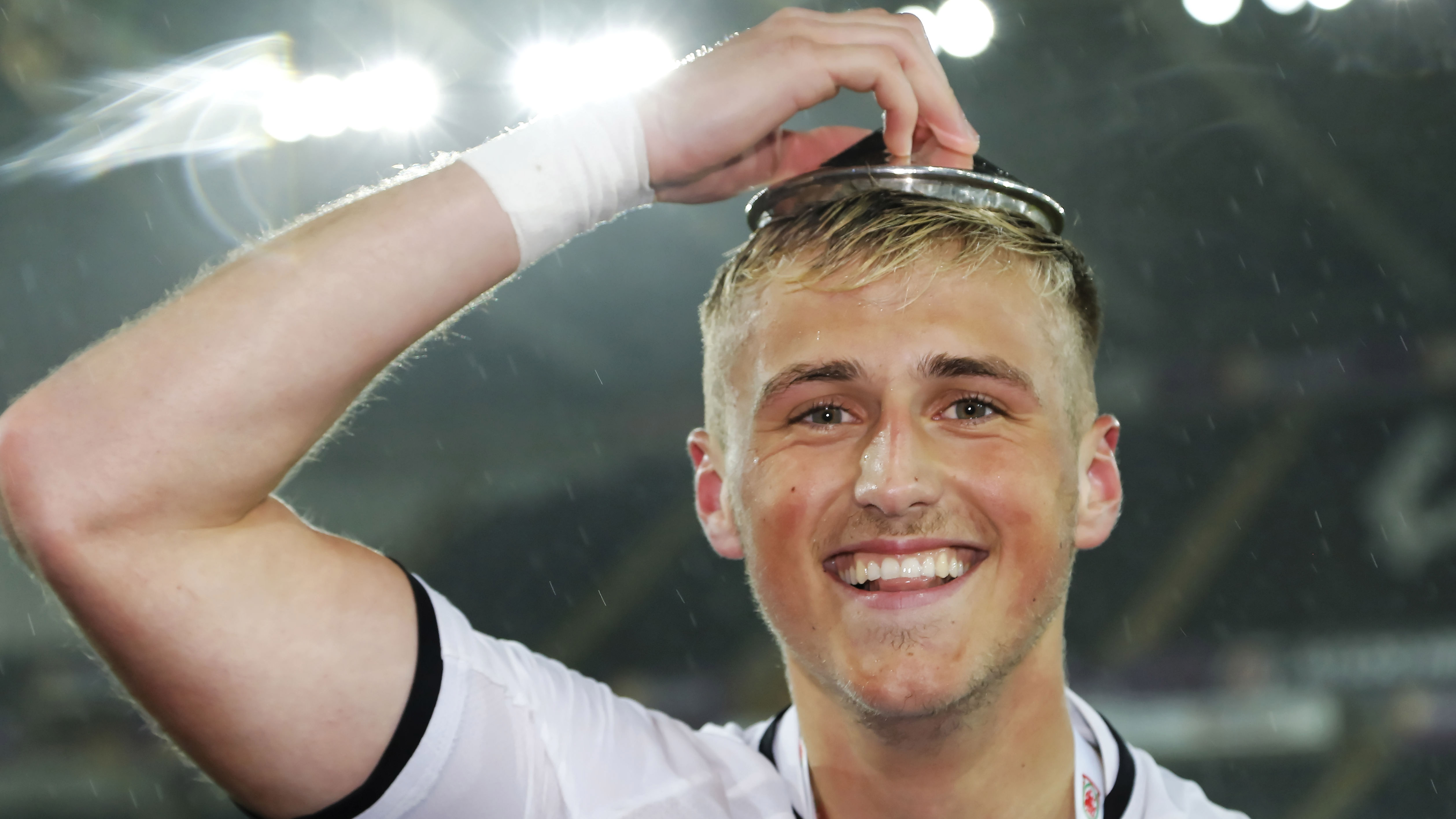 The Swans secured their ninth successive triumph in the competition after beating the Bluebirds on penalties at the Liberty Stadium on Monday night.

Lewis, who has featured five times for the under-23s this season, headed the Swans into the lead before Mark Harris’ equaliser for the Bluebirds.

The Swans were pushed all the way to a shootout, where two crucial stops from Steven Benda helped the hosts to victory.

“It was a great game to be involved in,” Lewis said.

“I missed out on last season’s final through injury and that made me want to win it even more this year.

“Missing out on a final is tough. I wanted to be involved and help the team to victory, so the win means everything.

“Cardiff gave it a really good go and made it tough for us to play but the lads kept the spirit going and we got a deserved win.

“A number of players who featured throughout this tournament – who didn’t play in the final – also deserve credit for another great campaign.

“We are a targeted side in the competition and teams come to try to take it off us, so it is great to retain it for a ninth year.”