Liam Cullen out to make most of Spain opportunity

Swansea City striker Liam Cullen is out to make the most of his chance to shine in front of new head coach Steve Cooper in Spain this week.

The 20-year-old is among a handful of players who featured for the under-23s last season to be called up to the first-team set-up as Cooper and his coaching team put the Swans through their paces at their base near Huelva in Andalusia.

Cullen enjoyed an encouraging 2018-19 season, scoring 10 goals for the development side and also making his first-team debut in the Carabao Cup defeat against Crystal Palace.

And with Cooper having a reputation as one of Britain's finest coaches when it comes to the development of young players, Cullen is looking to try and push his case for more senior action. 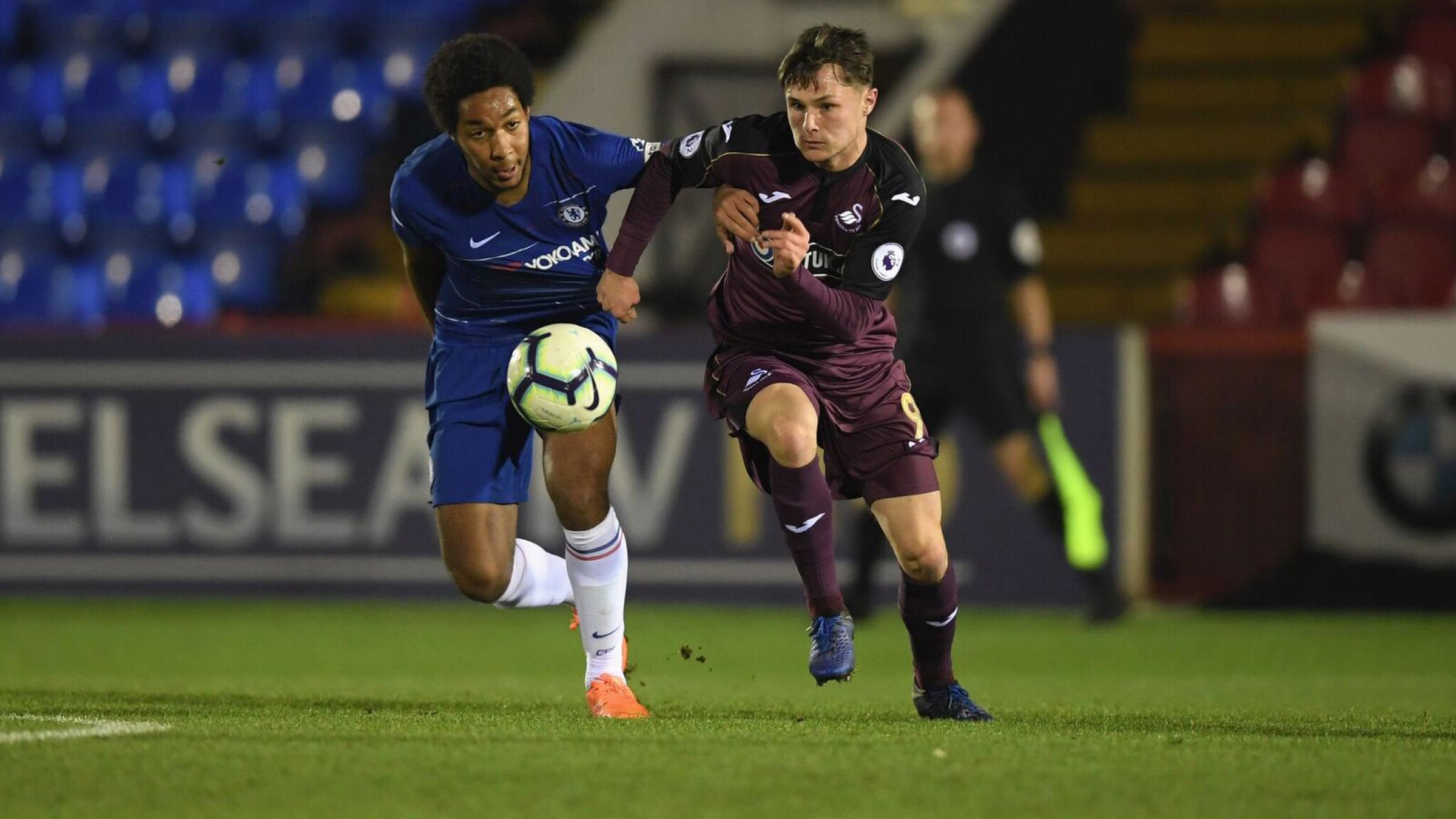 "For myself and a few of the boys, this was the opportunity we were hoping to get at the end of last season.
Liam Cullen v Chelsea

"You want to be involved in the pre-season tour, and be in and around the first team and it's something you can only look forward to.

"I have to embrace the challenge, take it day by day and do the best I can.

"I know I only had 15 or 20 minutes against Crystal Palace last season, but it whets your appetite for more. I want to be around it every day and for as many games as I can.

"That's my challenge, to get the most of out every session and show what I can do.

"The new head coach has been brilliant, he is keen to get to know everyone and everything he has said to us has been positive. That's what you want to hear from your new head coach and it really excites you."