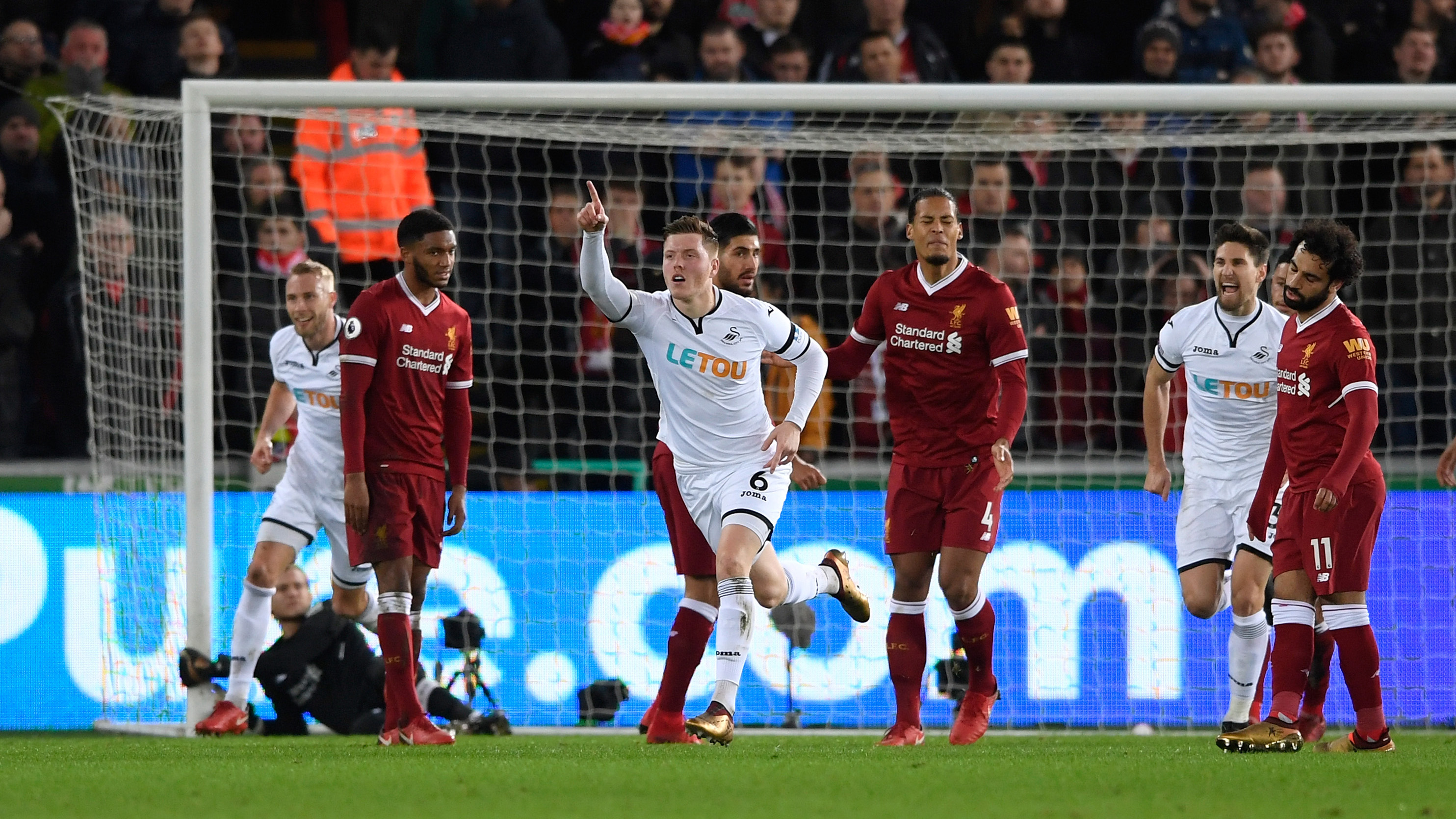 Mawson: Belief is there

Matchwinner Alfie Mawson insists the Swans have shown they have the belief needed t0 maintain their Premier League status following their vital 1-0 victory over Liverpool at the Liberty Stadium.

Mawson’s 40-minute strike handed the Swans their fifth win of the season to close the gap on the teams above in the relegation zone.

The Swans were on the end of a 5-0 reverse at Anfield in December, but produced a fighting display under Carlos Carvalhal at the Liberty to inflict a first defeat on Liverpool in 19 games.

“It was a massive win and everyone was probably writing us off,” said Mawson. “We showed that anything can happen in football.

“A result like that boosts our confidence and belief that we can stay in the league.

“The manager is massive on self-confidence. The belief has to be there. If you don’t believe in yourselves how can anyone else? We have to stick together and get through this tough period.

“The result puts a bit of pressure on the teams above us. Hopefully we can build on the performance and take confidence into our FA Cup game and Arsenal next week."

He added: “Credit to all the lads. We did really well to hold out and get the three points.

“On another day it could have been a different outcome. Hopefully that will be the turning point and the little bit of luck we need.

“We have to stick together and get through this tough period.

“It was great to get match winning goal but the most important thing is to get the three points.”