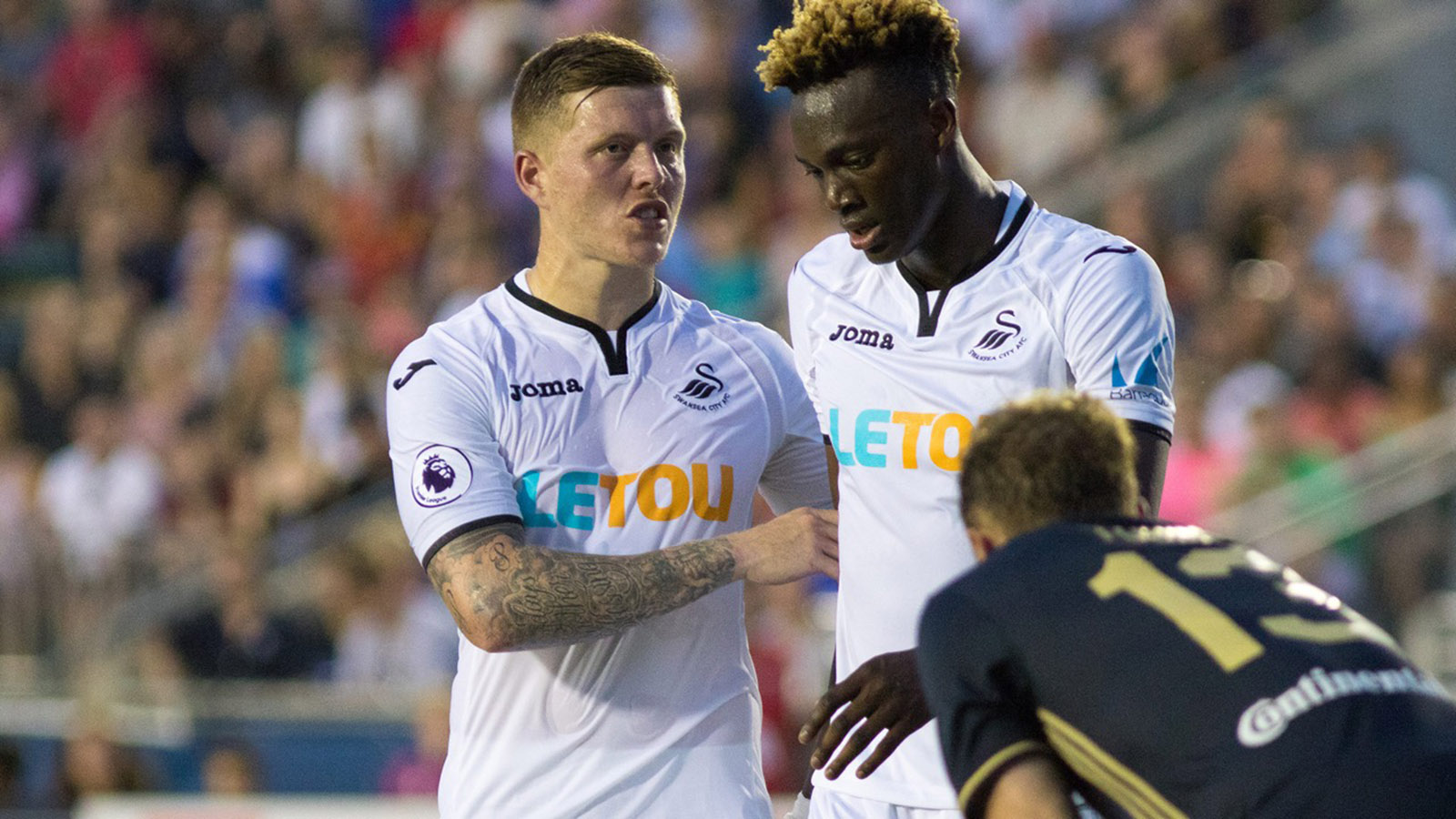 Alfie Mawson believes the Swans have made strides forward defensively during their pre-season tour in America.

Paul Clement’s side signed off their ten-day tour with a goalless draw against North Carolina in testing temperatures at Raleigh’s WakeMed Soccer Park.

The tour opened with a 2-2 draw against Philadelphia Union, who are midway through their MLS season, before a 2-1 victory over Richmond Kickers.

And Mawson felt there were plenty of encouraging signs from a defensive perspective as the Swans now head home to continue their pre-season plans.

“It has been a tough ten days here,” said the centre-back.

“Overall it has been a good tour. We have had three good run outs and everyone got their minutes on the pitch which is why we were here, to get our minutes in the tank and be ready for the new season.

“The climate has been hard to train in, but we have taken a lot out of it and I am sure that will show when it comes to the opening day.

“The first game against Philadelphia Union was really tough because they are part way through their season and fitter than us at the time. But it was a good test.

“We have come away from the tour unbeaten and we picked up a clean sheet in the last game.

“I am delighted with a clean sheet. It does not matter where it is or who against, it is a big part of football. I’ll take the positives defensively.

“There are a few things we have to work on, but now it is back to the training ground and time to get going again.”