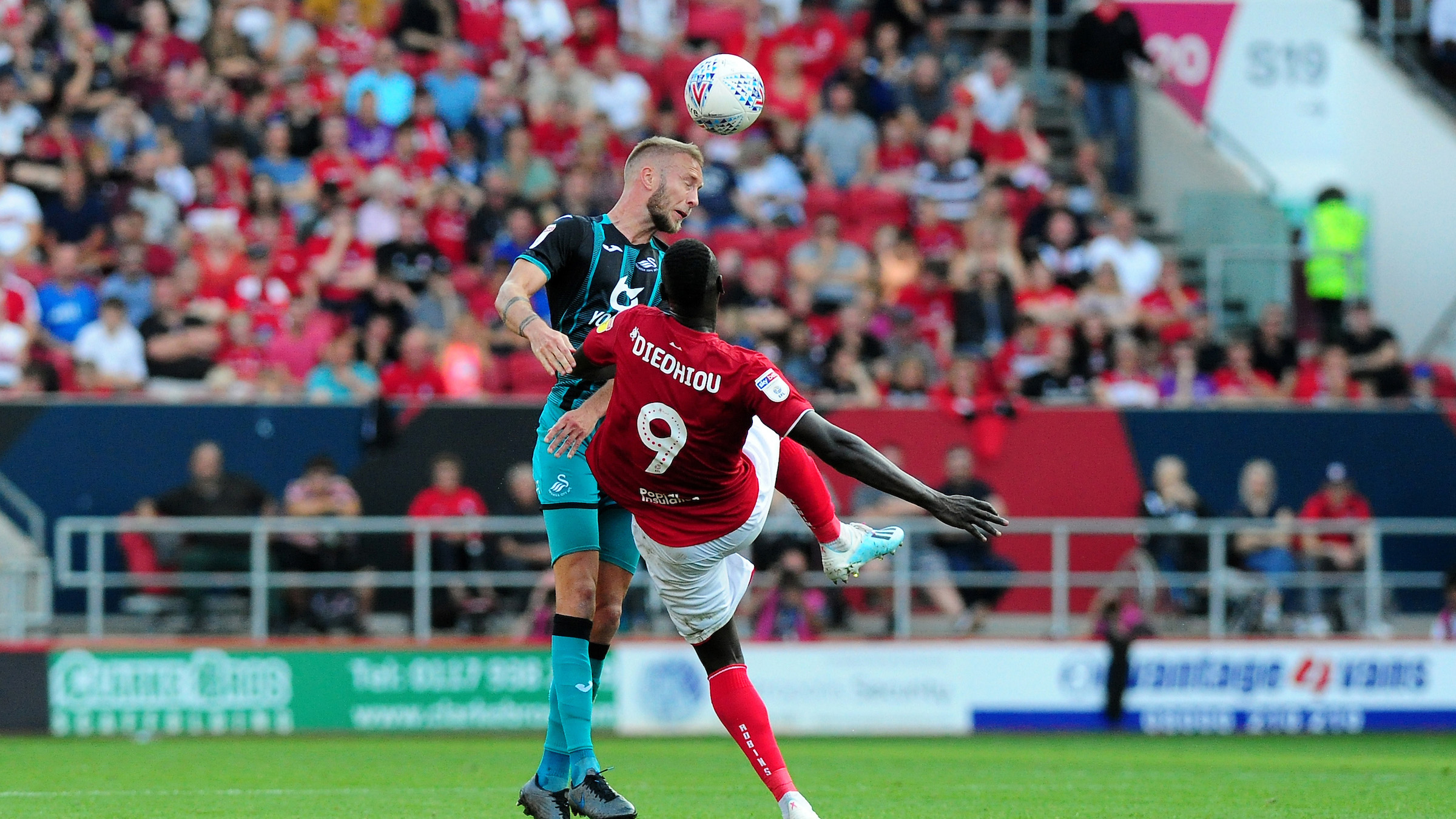 Mike van der Hoorn says Swansea City’s disappointment at not leaving Ashton Gate with all three points shows there has been a change in mentality under Steve Cooper.

The Swans picked up a point thanks to a goalless draw at Bristol City, moving level on points with Championship leaders Leeds as a result.

Yet head coach Cooper and his players were frustrated at only emerging with a share of the spoils at their fellow early pacesetters, with chances to take all three points going begging during a strong second-half showing.

But, having picked up results at Derby, Leeds, QPR and Bristol City – four grounds where the Swans struggled last term – van der Hoorn feels there has been a noticeable change.

“I don’t think we can be satisfied with a point. If you look back at the game, I felt like we were the far better team and that we deserved to win it,” he said.

“It’s as simple as that. Of course, it is always a difficult game against Bristol City away from home.

“But it shows how far we’ve come since last season. Our mentality now is that we must win these games.

“We just need to punish our opponents’ mistakes, but that is something we will work on.”

The Dutchman was pleased to see Swansea rack up a fifth clean sheet in all competitions this season in the West County.

Three of those have come away from home and van der Hoorn was quick to praise the squad’s collective attitude to defending, and was keen to stress clean sheets are now just down to the back four and goalkeeper.

“It’s really good for us. The whole team is working so hard to make it difficult for teams to play through us or get crosses into the penalty area,” he said.

“Our understanding is getting better and better with every game that we play, and we are always willing to throw our bodies on the line which is very pleasing.

“Coming away from places like Ashton Gate with clean sheets give us plenty of momentum to build on.

“But it’s not just about the defence; we are the last line but it starts from the front. “We’re really pleased to keep picking up these clean sheets.”