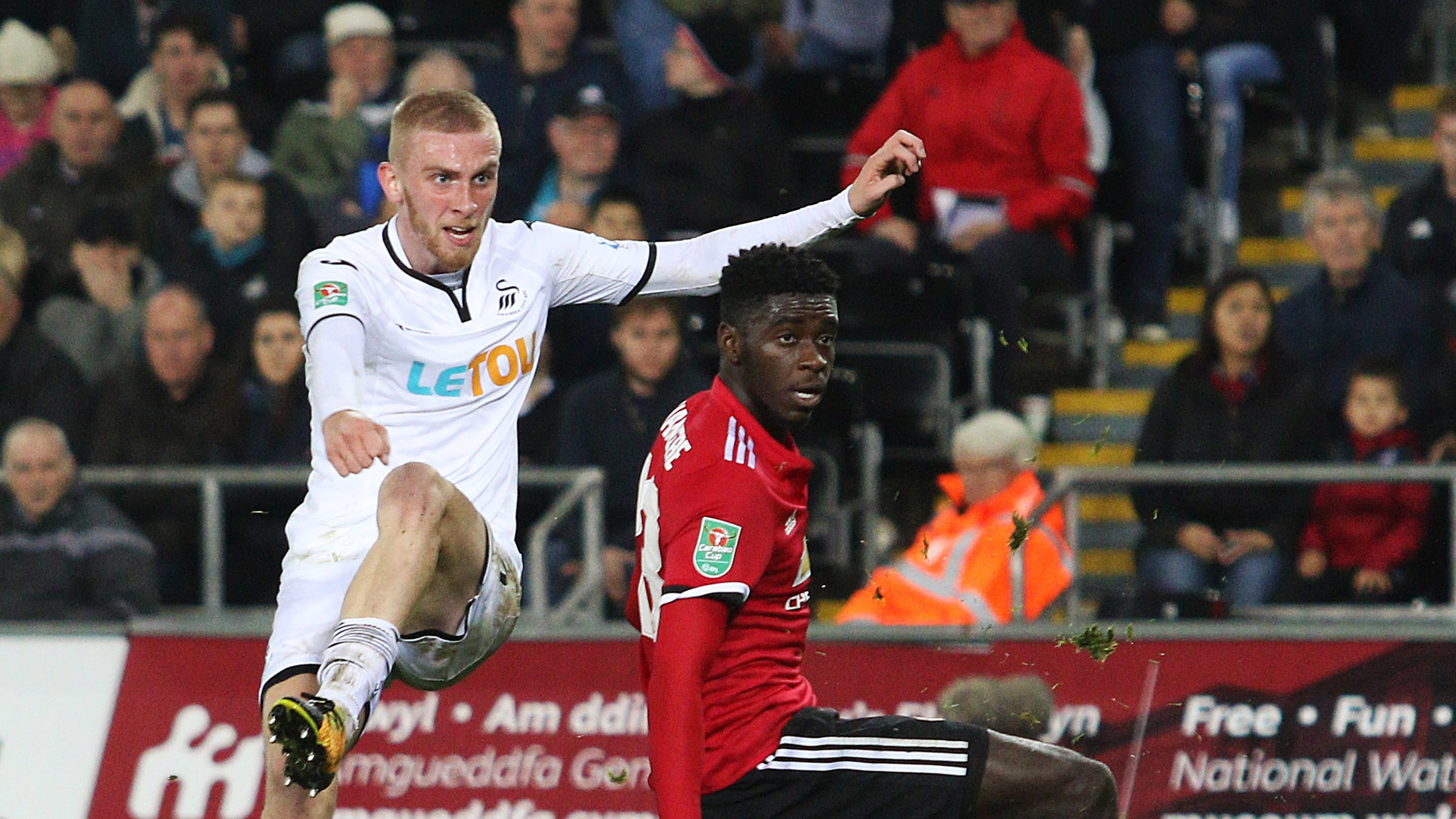 Oli eager for another chance to impress

The 21-year-old appeared as a substitute in the Swans’ opening three matches of the Premier League season, but had to wait until last month’s Carabao Cup clash with Manchester United for his next appearance in the senior squad.

Given the nod after scoring seven goals in five matches for the under-23s, including a hat-trick against Chelsea, McBurnie started up front against United and gave a good account of himself in the 2-0 defeat.

The striker also came off the bench in the narrow loss at Arsenal last weekend and, feeling confident following his return to the first team, he is targeting further opportunities to shine under Clement.

“The manager told me that I deserved my chance and my attitude has been top class,” he said. “It’s a chance for me to stake my claim in the first team, which is where I want to be.

“It’s a massive confidence-booster knowing that the manager trusts you. I can only thank him for that and try to pay him back with good performances and goals."

With Wilfried Bony rated a 50-50 chance to be involved, McBurnie hopes to feature again when the Swans host Brighton this weekend.

“You always want to be out on the pitch as much as possible," he added.

"Whether I’m getting game-time for the first team, under-23s or at international level, it’s all about impressing the gaffer and showing him that I want to stay in the first team.”