Here we recall past clashes with the Blues in the FA Cup, the Championship and the third tier.

The Swans came back from a goal down to triumph at St Andrew’s in this FA Cup clash.

Michael Laudrup’s team were handed a trip to Birmingham in the fourth round having stunned Manchester United at Old Trafford in round three.

Things did not start well for the then Premier League side, who fell behind to a Blues team who were 17th in the Championship when Lee Novak headed beyond Gerhard Tremmel.

But Wilfried Bony was introduced at half-time, and the Ivorian made the difference for the Swans.

The Swans equalled a Football League record on one of their most recent league visits to Birmingham.

It was December 2008, and Roberto Martinez’s team were halfway through their first season in the Championship following the previous campaign’s League One title triumph.

They dominated against Alex McLeish’s Blues side, who were reduced to 10 men midway through the second half when David Murphy picked up a second booking.

But Jason Scotland and Febian Brandy both saw chances go begging as the Swans were forced to settle for a goalless draw.

It was their eighth draw in succession, which equalled the longest run of draws by any club in Football League history.

The sequence ended in the Swans’ next outing as they won 2-0 at Burnley.

Frank Burrows’ Swans side claimed an impressive win at St Andrew’s in 1995 despite going down to 10 men when Mark Clode was sent off at half-time.

The Blues had not been beaten on their own patch in seven months, while the Swans had not won at Birmingham in more than four decades.

But those records were wiped out thanks to a first-half penalty from John Hodge, leaving Birmingham boss Barry Fry frustrated with his team’s performance.

Despite the Swans’ triumph, Birmingham went on to win the league, while Burrows’ men finished in mid-table.

The Swans moved to within a point of the Championship play-off places as they came from behind to secure a comfortable victory at Birmingham City.

The visitors had trailed after just five minutes when Lukas Jutkiewicz headed the Blues in front at St Andrew’s.

But they responded in fine style with a confident display and led at the break thanks to Rhian Brewster’s eighth goal of the season and Ben Cabango’s first strike for the Swans.

Jay Fulton extended their advantage early in the second half as the visitors eased to a win that moves them up to seventh in the table with four games to go.

The result saw the Swans string together back-to-back wins for the first time since December - as well as securing a first league double over Birmingham. 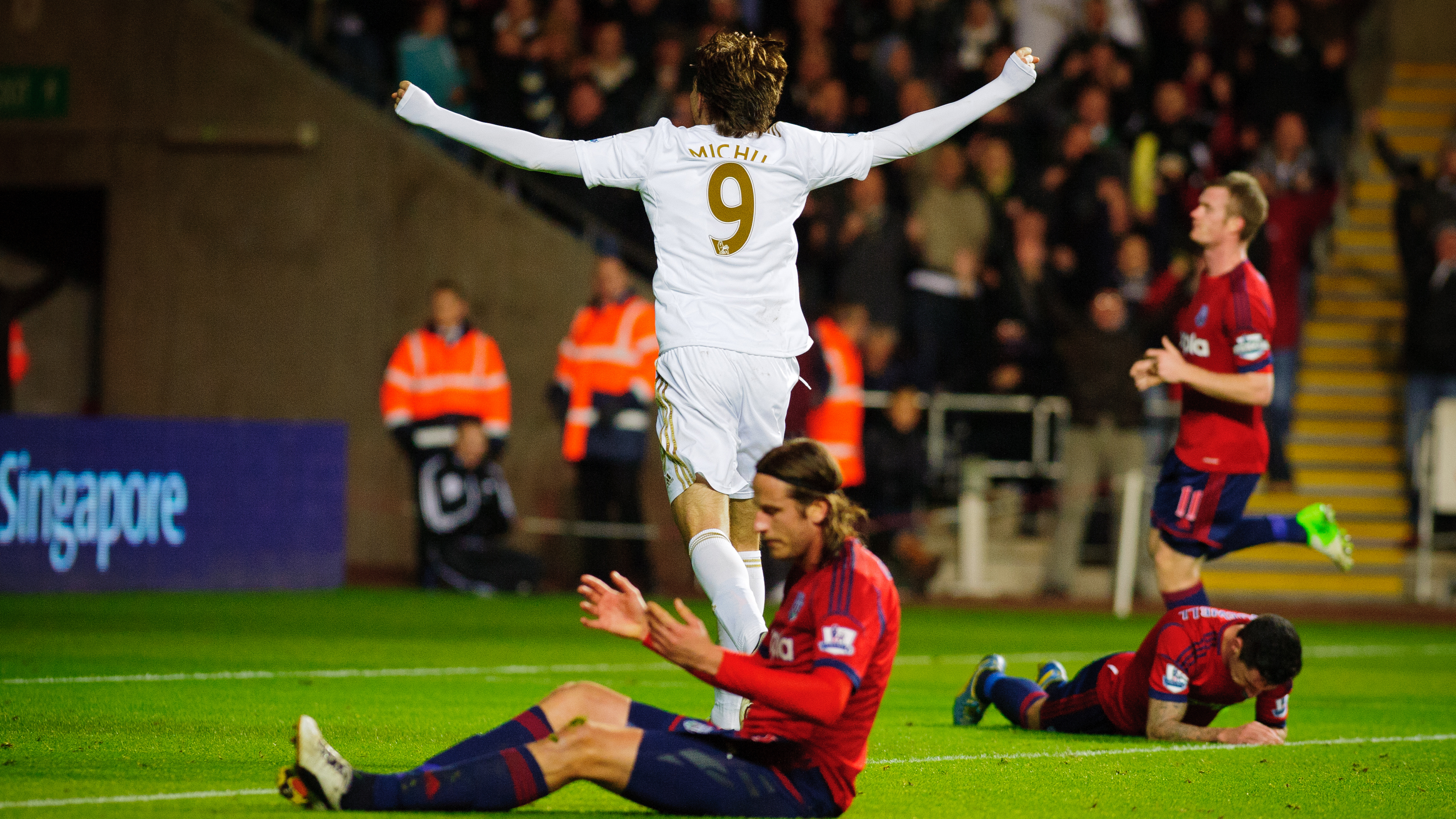