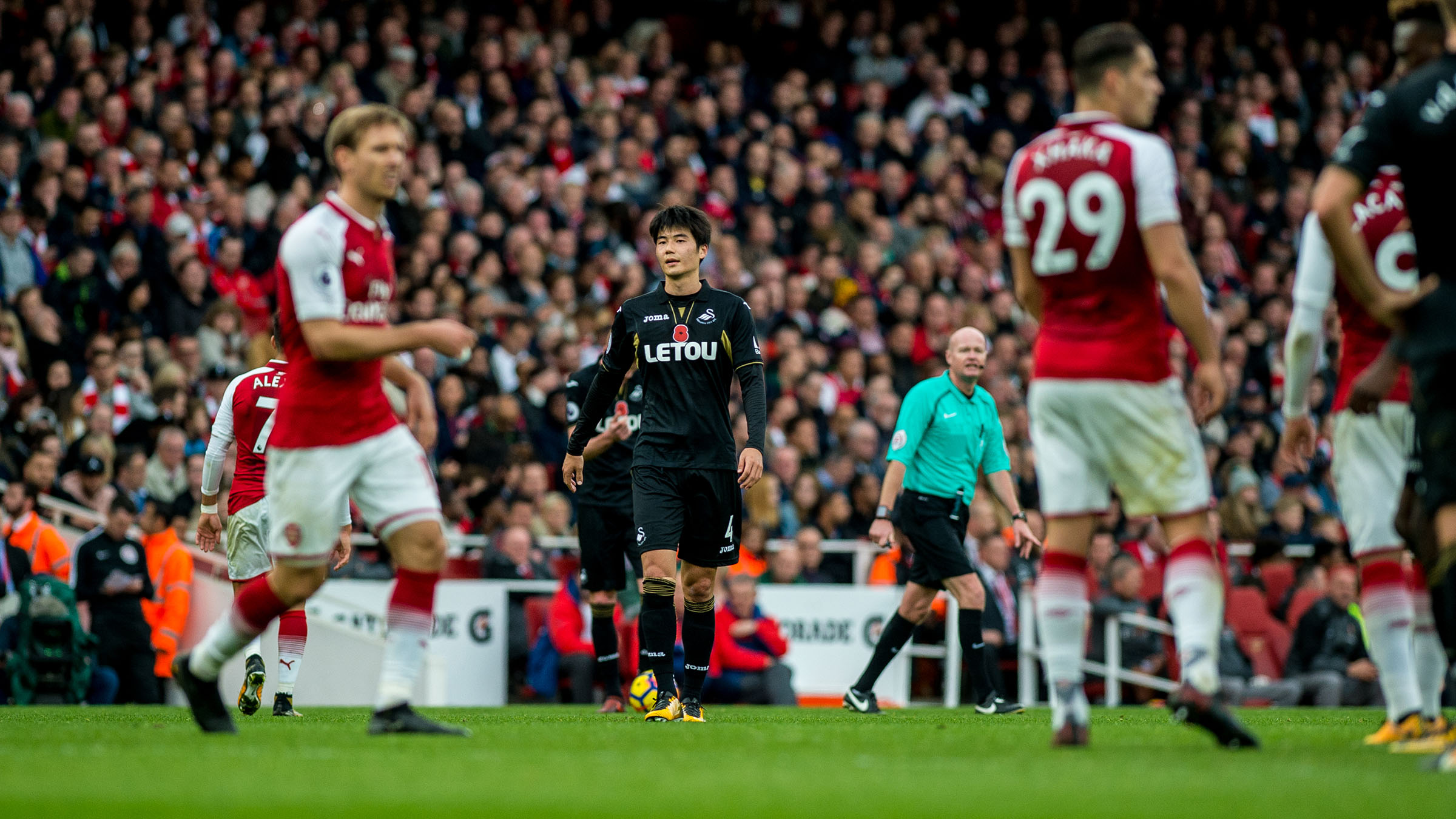 Ki Sung-Yueng believes the Swans can take plenty of positives from their 2-1 defeat at the Emirates to stand them in good stead for the long campaign ahead.

Despite having taken a 22nd-minute lead through Sam Clucas - his first goal in a Swans shirt - Arsenal hit back with two quick-fire strikes at the start of the second half from Sead Kolasinac and Welshman Aaron Ramsey.

But the South Korean international saw enough signs of encouragement on his first Premier League start of the season to go into Saturday’s crucial home game against Brighton with confidence.

“It is difficult to talk about the game after leaving with nothing,’’ explained Ki. “I thought we were very disciplined and organised in the first half and deserved not to concede.

“We scored a good goal and had a great chance to add a second through Jordan (Ayew) at the end of the half.

“But it’s always tough against teams like Arsenal and the top six sides, especially away from home. They have quality players and can really punish you, as they did at the start of the second half when we lost a bit of our edge.

“We are all disappointed with the result, but we kept pushing it and we can take a lot of positives into the game against Brighton next week.’’