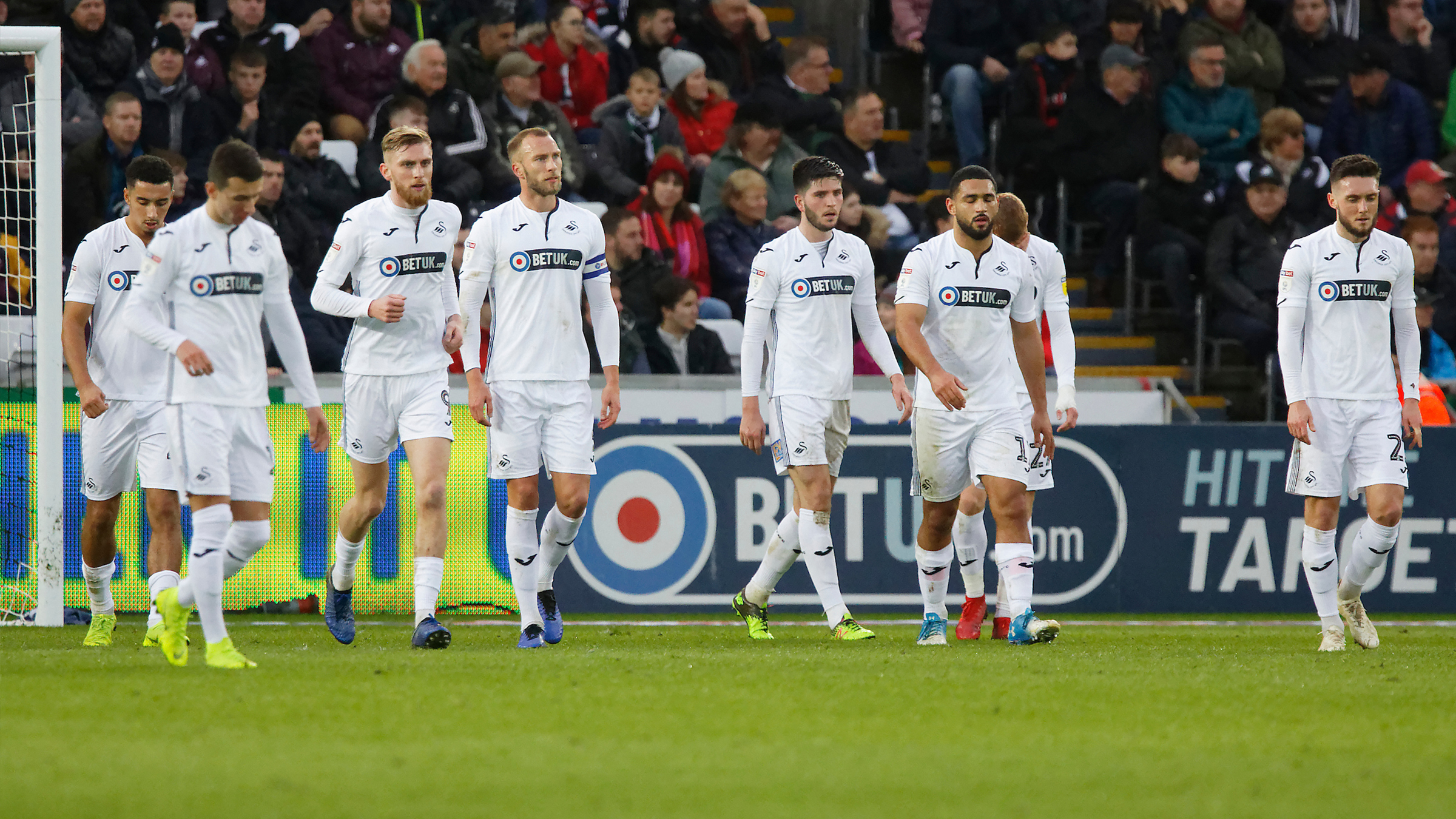 Potter apologises after tough first half

Graham Potter apologised to his players and the Jack Army as he took "full responsibility" for Swansea City's first-half performance in their 2-2 draw with Wigan.

A Swans side showing three alterations and a change in system from the defeat to Aston Villa, struggled to assert themselves during the opening 45 minutes.

The Latics raced into a 2-0 lead as Joe Garner fired home from the spot after Wayne Routledge had fouled Chey Dunkley, before heading in from a corner.

But changes in personnel and shape at the interval helped Swansea turn the game around, with Dan Burn's own goal and Mike van der Hoorn's strike ensuring it ended all-square at the Liberty.

Swans manager Potter admitted his side had been below-par during the first half, but said the responsibility for the manner of the display lay solely with him.

"My reaction is one of disappointment with myself for the first half," said Potter.

"I take full responsibility for the first half, we were not able to be ourselves and it was an uncomfortable 45 minutes.

"Clearly we had an idea, but it did not work or I was unable to explain the idea well enough and, in fairness, Wigan did what they did well.