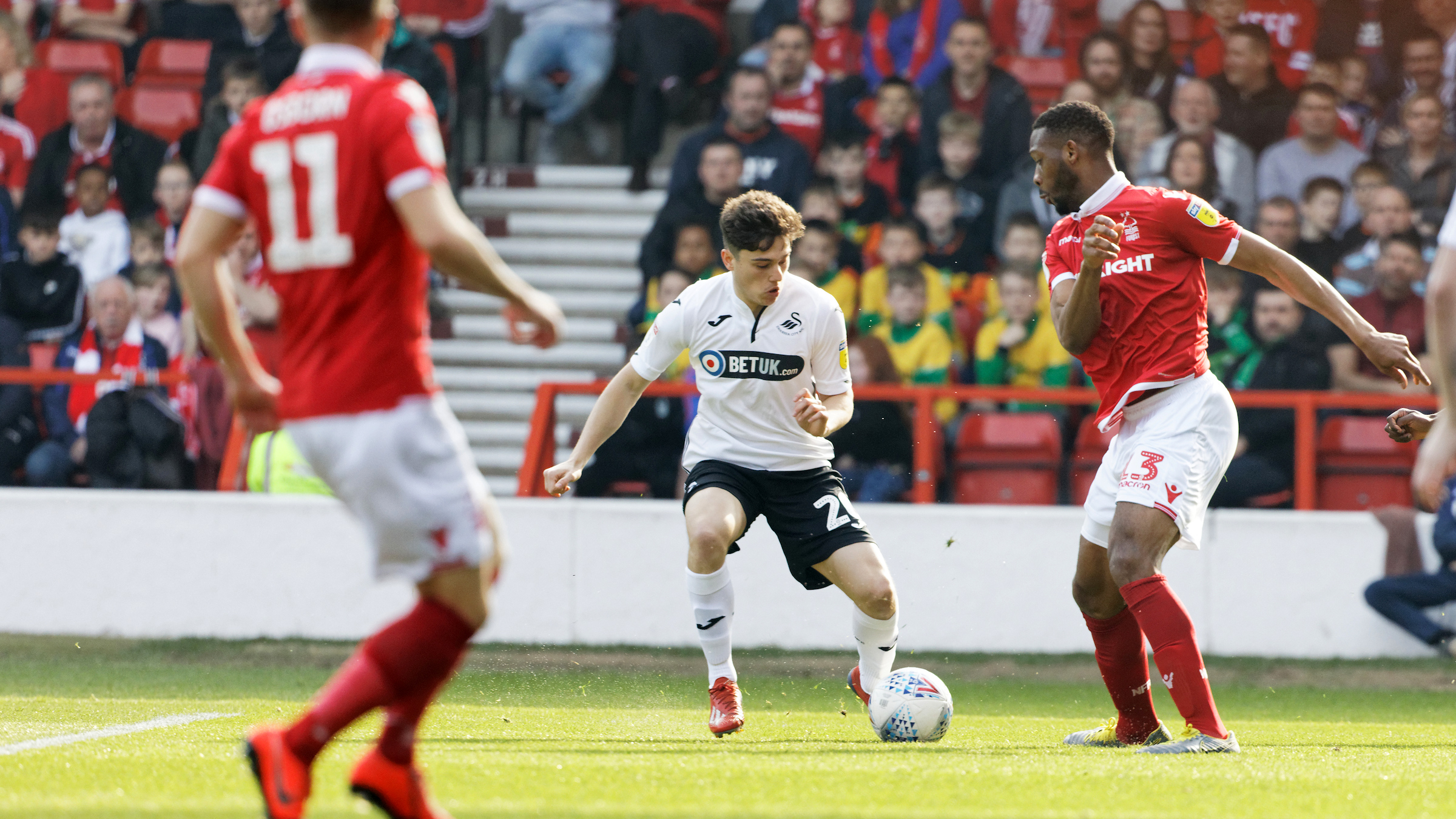 Potter: I feel for the players

Graham Potter admitted he felt for his players after another positive performance ended without points, but says they have to learn to improve at set-plays at both ends of the pitch.

The Swans – having got nothing out of strong showings at Norwich and West Brom – suffered déjà vu here as a display in which they controlled long spells of the contest ended in defeat.

They had led when Connor Roberts deflected a George Byers’ volley into the Forest net, but they were undone from two corners as sub Daryl Murphy and Molla Wague headed home.

It leaves the Swans on the back of six-straight away defeats, and Potter feeling for his players.

“They have done a lot well but, as a coach, it is hard to keep saying that to the players after a defeat,” he said.

“It is against our mentality to do that to a certain extent.

“But when you watch the game there were a lot of positives there when you see it in its entirety.

“But ultimately if you don’t defend your box you are going to be in trouble, and it was just two actions. That’s all it was.

“I cannot think of too much else they had, but we got punished for it and I feel for the players.

“They have put everything into the game, they have done everything we have asked of them apart from that last two minutes.

“We did not lack for character, effort or bravery in terms of how we want to play.”

Potter said he had not had a chance to watch the two Forest goals back, but knows set-pieces are an area his side need to work on.

“I have not watched them back, they are bigger than us of course, that is the reality and we cannot do too much about that,” he said.

“But we can look at maybe being organised a little bit better, but sometimes it is the quality of the delivery and the guy being physically better than you.

“But if you want to be promoted out of this league you have to get better a team and is something we can improve in both boxes, because we had plenty of corners ourselves and did not cause their keeper enough problems.”