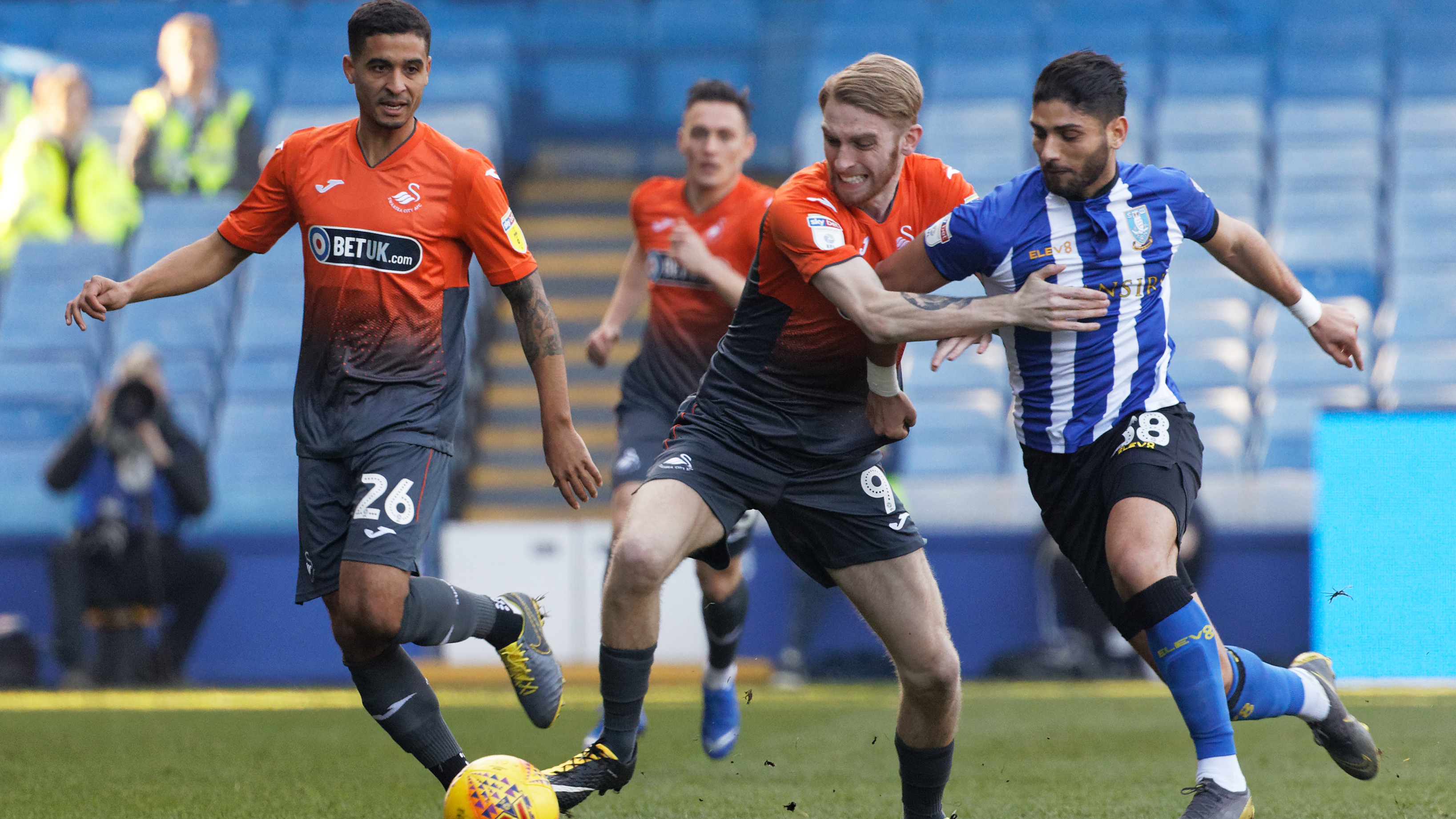 Potter: We were made to look soft

Graham Potter rued a third away defeat in a row and felt his Swansea City side had looked “a little bit soft” in their 3-1 reverse at Sheffield Wednesday.

The Swans were well off the pace during an opening half where they struggled to deal with the energy and relentlessness of Wednesday’s pressing.

Swansea improved in the second half but – despite Wayne Routledge pulling a goal back – it was far too little, too late.

It makes it three losses in a row for the Swans following defeats at Bristol City and Leeds, with trips to Norwich City and West Brom looming on the horizon.

And manager Potter feels the Swans have to find a way of improving their composure and game management when under pressure away from home.

“We have lost three in a row away but we have played some good teams in Leeds and Bristol City, and we caught Sheffield Wednesday in a moment.

“You can see Steve (Bruce) has had an impact and knows how to get results at this level.

“But we have to learn how we can be ourselves in these environments and manage the game better.

“We probably didn't do that as well as we'd like in the first half is the reality.

“We looked a little bit soft and we sort of gifted them stuff.

“It’s hard enough against teams without contributing to their good performance.”