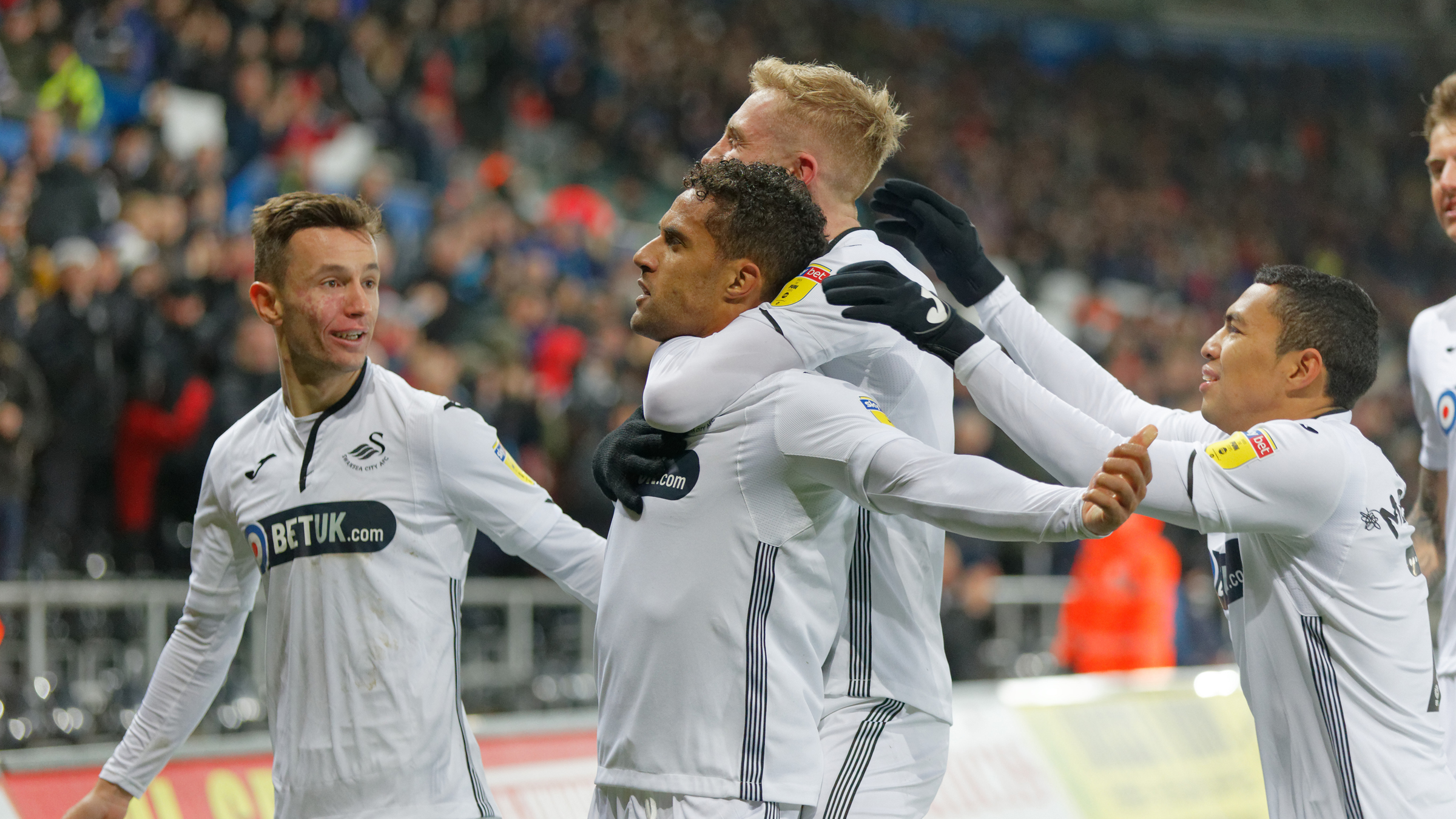 Routledge was arguably the Swans’ best player after being recalled to the starting side at Brentford last weekend.

He scored the opening goal at Griffin Park as the Swans ended a three-game losing streak with an away win.

And Routledge produced another sparkling display as Potter’s side followed that triumph up with a 2-1 victory against the Owls.

Routledge was on target once again, this time delivering the winner as the Swans fought back from 1-0 down to take all three points.

“Wayne, like Nathan (Dyer), has been fantastic in his application and he has really helped the team,” Potter said.

“He has got two goals in two games, but he has also helped the team out of possession.

“He defended really well. He then has courage to get on the ball.

“He has played the game at a good level and sometimes, when games are a bit frantic as they can be in the Championship, it’s nice to have that experience and know-how to fall back on.

“He has come in and helped us at an important time, with the Christmas fixtures just around the corner.”