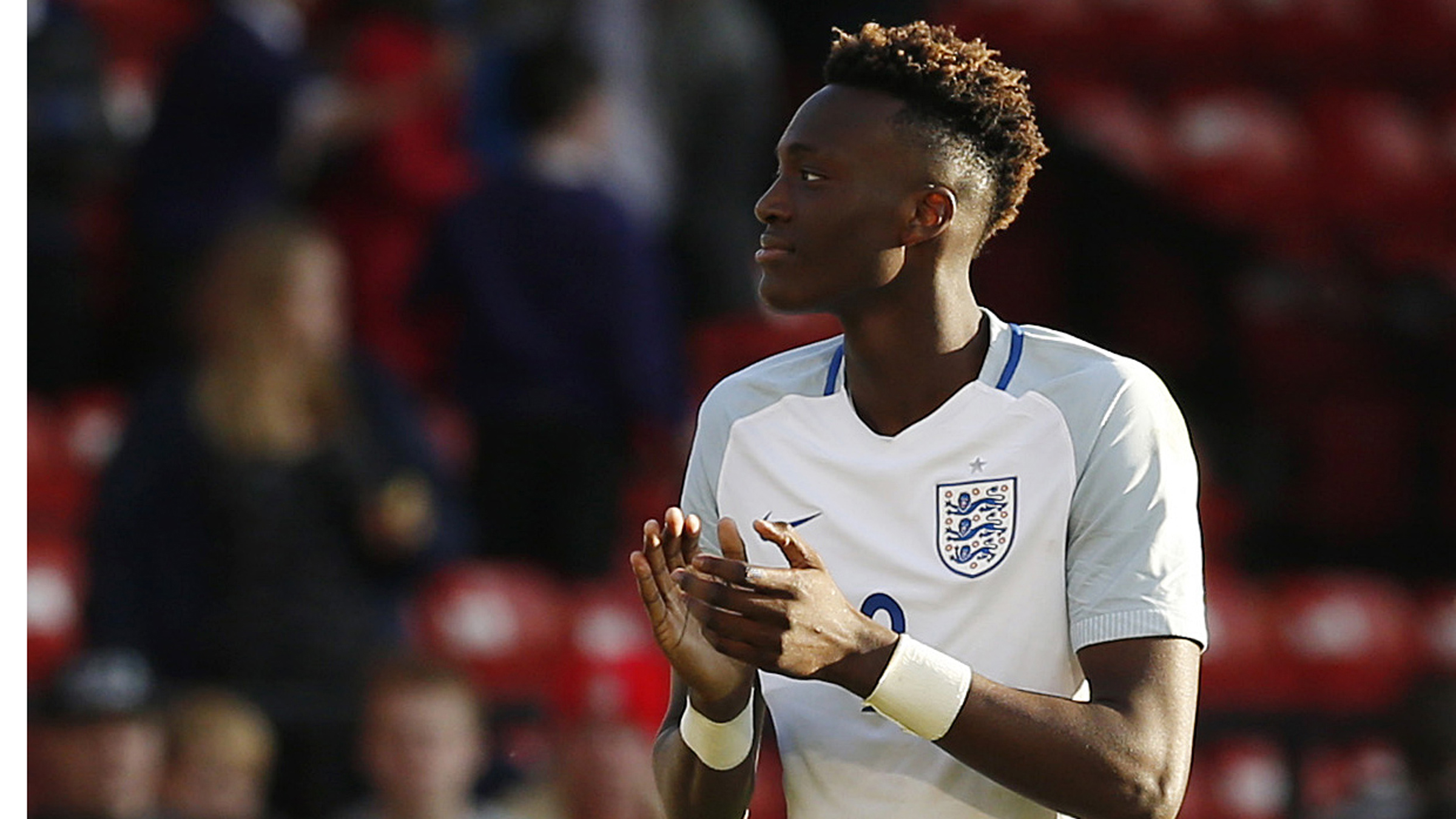 Tammy Abraham turned heads up and down the Championship during a sparkling loan spell at Bristol City last season.

His feats at Ashton Gate did not go unnoticed in the Premier League, either.

Hence there were a number of top-flight clubs interested when it became apparent that Abraham would be sent out on loan once more by Chelsea in 2017-18.

By winning the race for his signature, Swansea City have pulled off a coup.

Now they will try to ensure Abraham, a player with huge potential, will continue to blossom in Swans colours next season.

His experience of the Premier League is minimal – he played a total of 53 minutes in two Chelsea substitute appearances at the back-end of the 2015-16 season.

Nevertheless, the Swans feel Abraham, who will be 20 in October, is ready to make an impact at the highest level.

Certainly, he has ticked all the boxes in a football career which began when he joined Chelsea at the age of just seven.

Born in London, Abraham played on both flanks as well as up front during his early days in the Stamford Bridge youth set-up.

And he was scoring goals.

By 2014-15, Abraham’s first year as a scholar, he was really starting to show his potential up front, as he netted no fewer than 32 times in 26 appearances for Chelsea’s youth team.

He also scored goals at under-19 and under-21 level that season, helping Chelsea win the FA Youth Cup – he was on target in both legs of the final – and the Uefa Youth League.

The club retained both trophies the following season, while Abraham continued to rack up the goals.

Guus Hiddink took note of Abraham’s goalscoring prowess, hence the youngster – he was just 18 at the time – got a first taste of senior football in May last year.

He then impressed in an England shirt at the 2016 Uefa European Under-19 Championship, before being summoned by new Chelsea boss Antonio Conte for last summer’s pre-season trip to America.

There Abraham rubbed shoulders with the likes of Diego Costa and Michy Batshuayi, gaining valuable experience of life with the first-team squad.

Next came the season-long switch to Bristol City, which proved a very shrewd move on the Robins’ part.

Lee Johnson’s team would struggle for much of 2016-17, only guaranteeing their second-tier status thanks to a springtime surge.

Yet Abraham scored goals all the way through what was a spectacular stint in the West Country.

He netted the only goal in his first Bristol City start, at Wycombe in the EFL Cup, and then managed two on his full league debut, a 2-1 win at Burton Albion.

By the end of the season, the 6ft 4in Abraham had scored 26 times in 48 appearances.

Abraham’s England Under-21 debut came against Bosnia-Herzegovina last October, and he scored twice.

Recently, he was away with Aidy Boothroyd’s England squad at the European Under-21 Championship, where Swans defender Alfie Mawson was among his colleagues.

They will be team-mates once more at club level next season.

Mawson made a big impact at the Liberty having arrived in Wales last summer.

The Swans hope Abraham will do something similar.