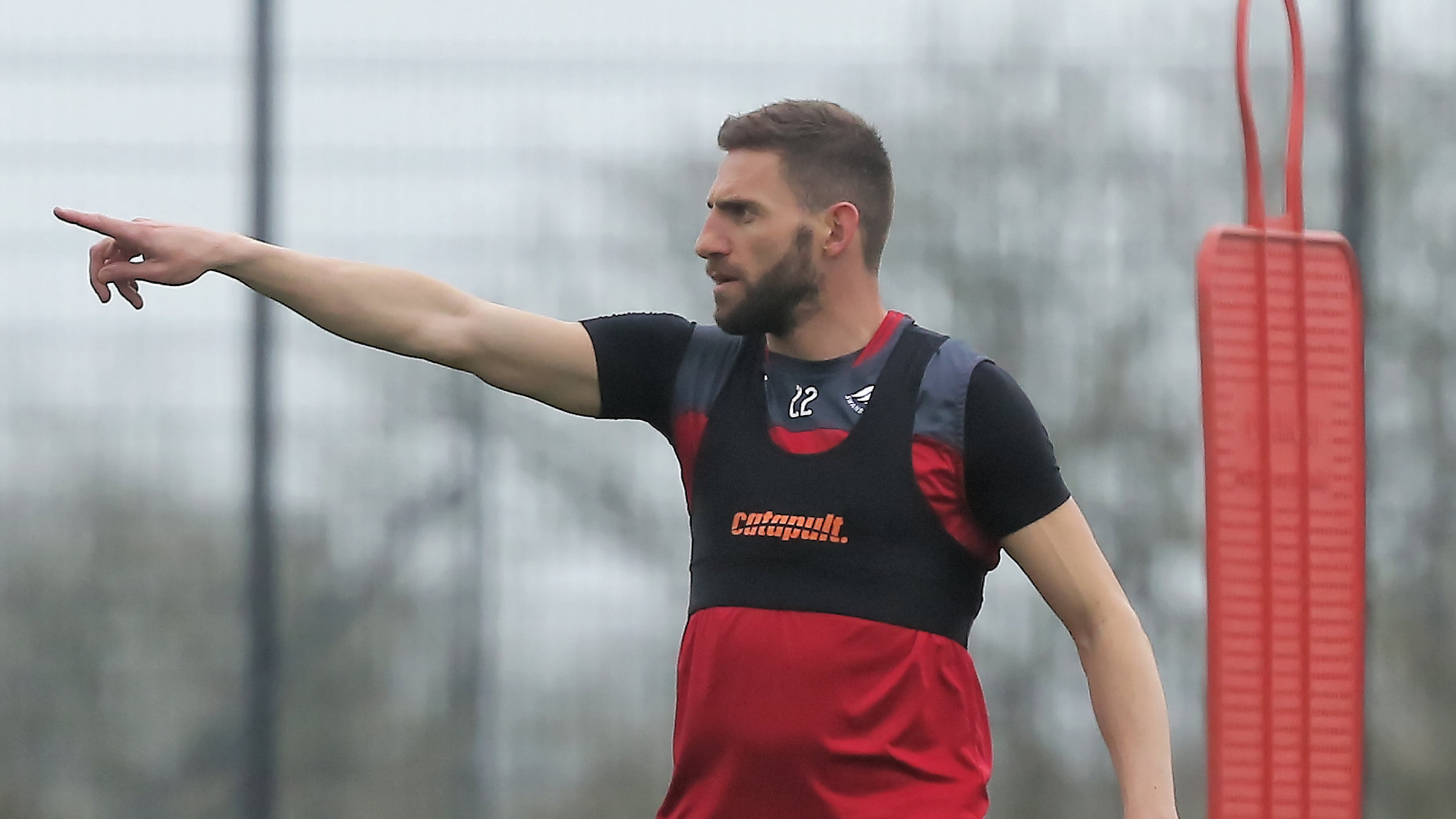 Angel Rangel hopes to return to Swansea City when his playing career comes to an end.

The Liberty legend is to end a superb stint as a Swans player when the 2017-18 season draws to a close this weekend.

Club skipper Rangel, whose contract is up this summer, has racked up almost 400 appearances during 11 years on the Swans’ books.

Rangel’s place in Swans history is secure, for he will be remembered as one of the club’s finest ever defenders.

But the 35-year-old is not yet ready to hang up his boots and is to assess his options as he looks for a new club.

Rangel believes he can play on for another couple of years, but he has already discussed the idea of returning to Wales when he retires as a player with Swans chairman Huw Jenkins.

“For sure I want to work for the club in the future,” Rangel said.

“I have had some conversations with Huw Jenkins. He said he feels it’s important the club keeps some of the ex-players who have been here during a positive period in the club’s history.

“I want to give something back to the club after I finish playing, maybe using my knowledge in some way.

“The base for me in the future will always be Swansea. My wife is Welsh, my kids are Welsh and I consider myself Welsh now.”

Angel Rangel | Once a Jack, always a Jack

Angel Rangel reflects on his career at Swansea City after announcing his retirement from football.
The 38-year-old, who spent 11 years at the Liberty before moving to QPR, talks to Swans TV about his experiences in SA1 and his next steps after hanging up his boots.

“Swanselona wasn’t just a playing style, it was a legacy, it was a way of life. Swansea City is my life and always will be.”
An emotional Angel Rangel reflects on his career in south west Wales after officially announcing his retirement from football, aged 38.