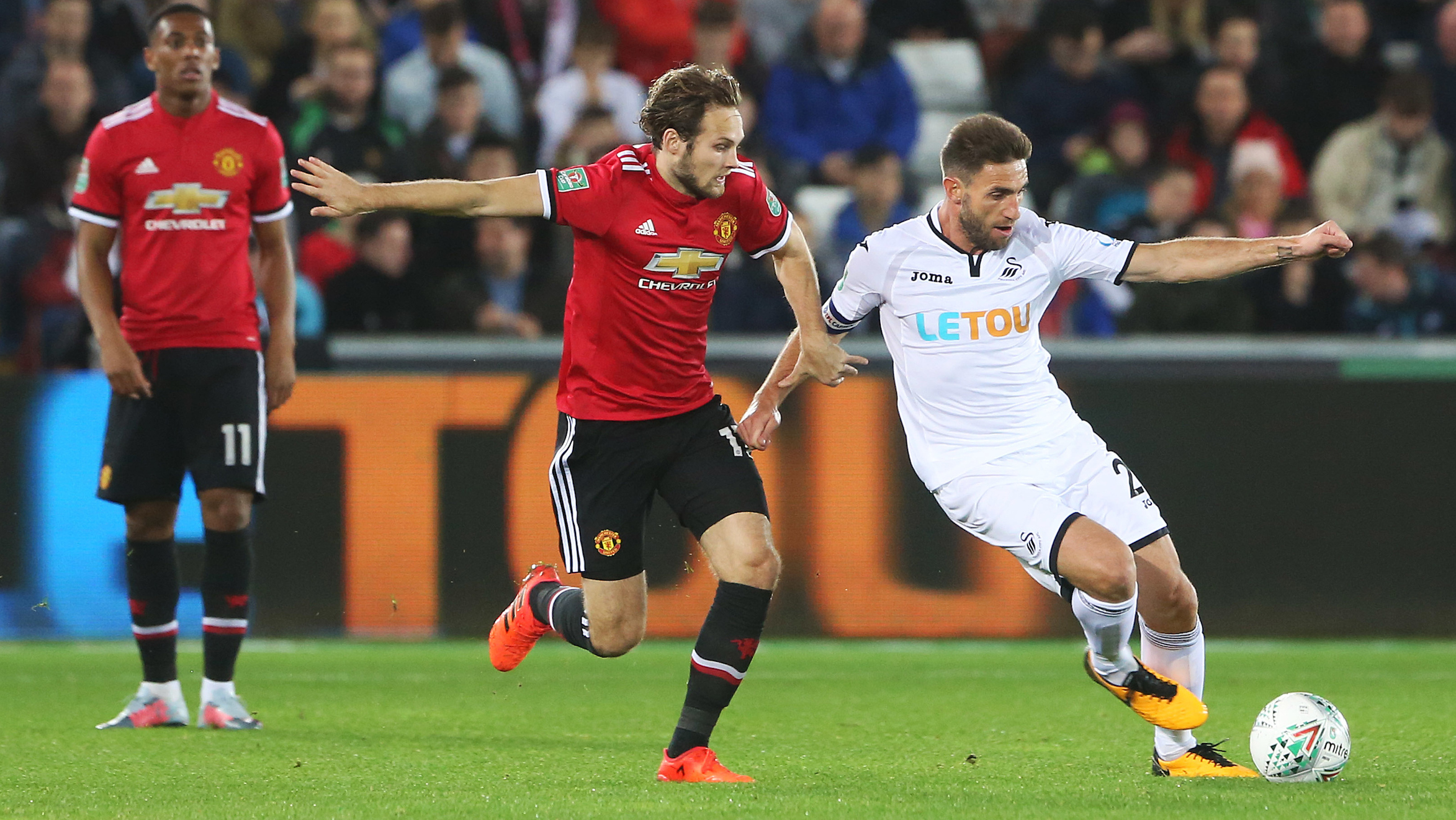 Angel Rangel conceded the Swans came up short as their dreams of another Carabao Cup adventure were ended by holders Manchester United.

The Swans, winners of the competition in 2013, exited the competition at the fourth-round stage after a Jesse Lingard brace sent Jose Mourinho’s side into the quarter-finals.

Rangel, captain for the evening, was one of eight changes made by Paul Clement for the clash against the Red Devils.

But the Spaniard admitted the Swans were beaten by the better side.

“We fought from the start against a good Manchester United team and we made it difficult at times for them and created some chances,” said the right-back.

“But I think their overall quality was above everything tonight.

“Most of tonight’s team hasn’t played much this season and we tried our best but we came up against a team that had more quality on the night.

“The dream is over for another year.

“Now we focus on the league and try to get something from Saturday’s game at Arsenal.”