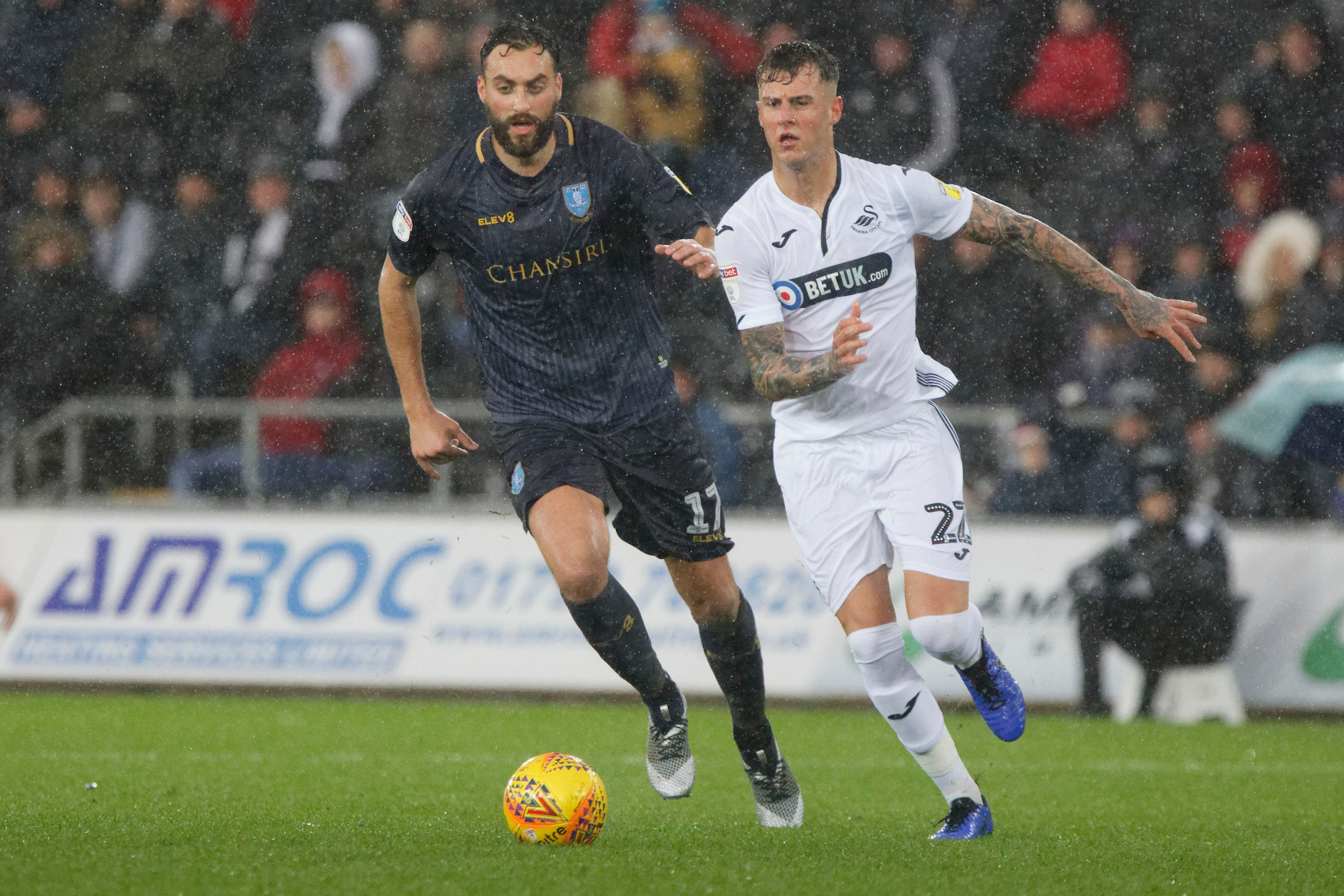 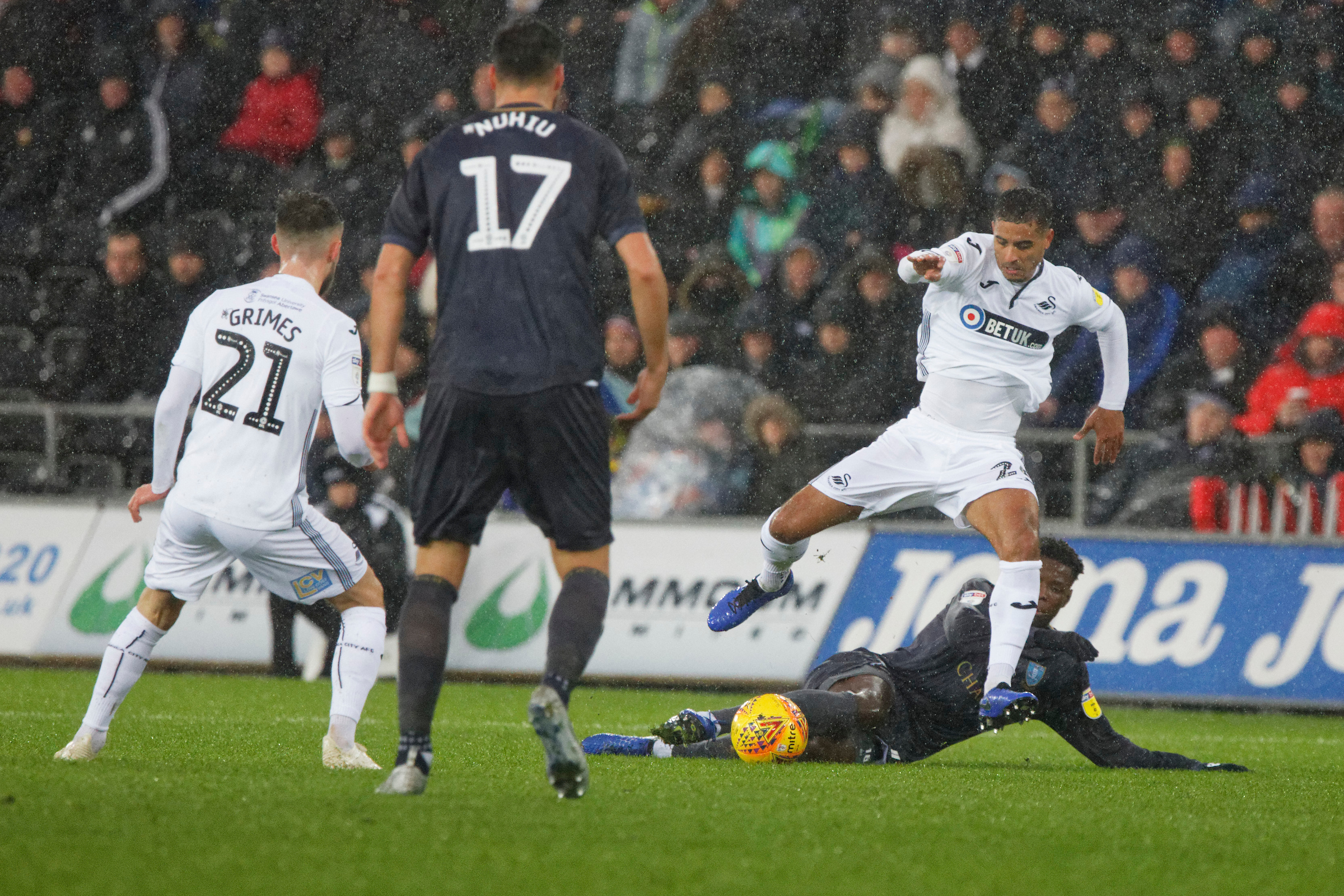 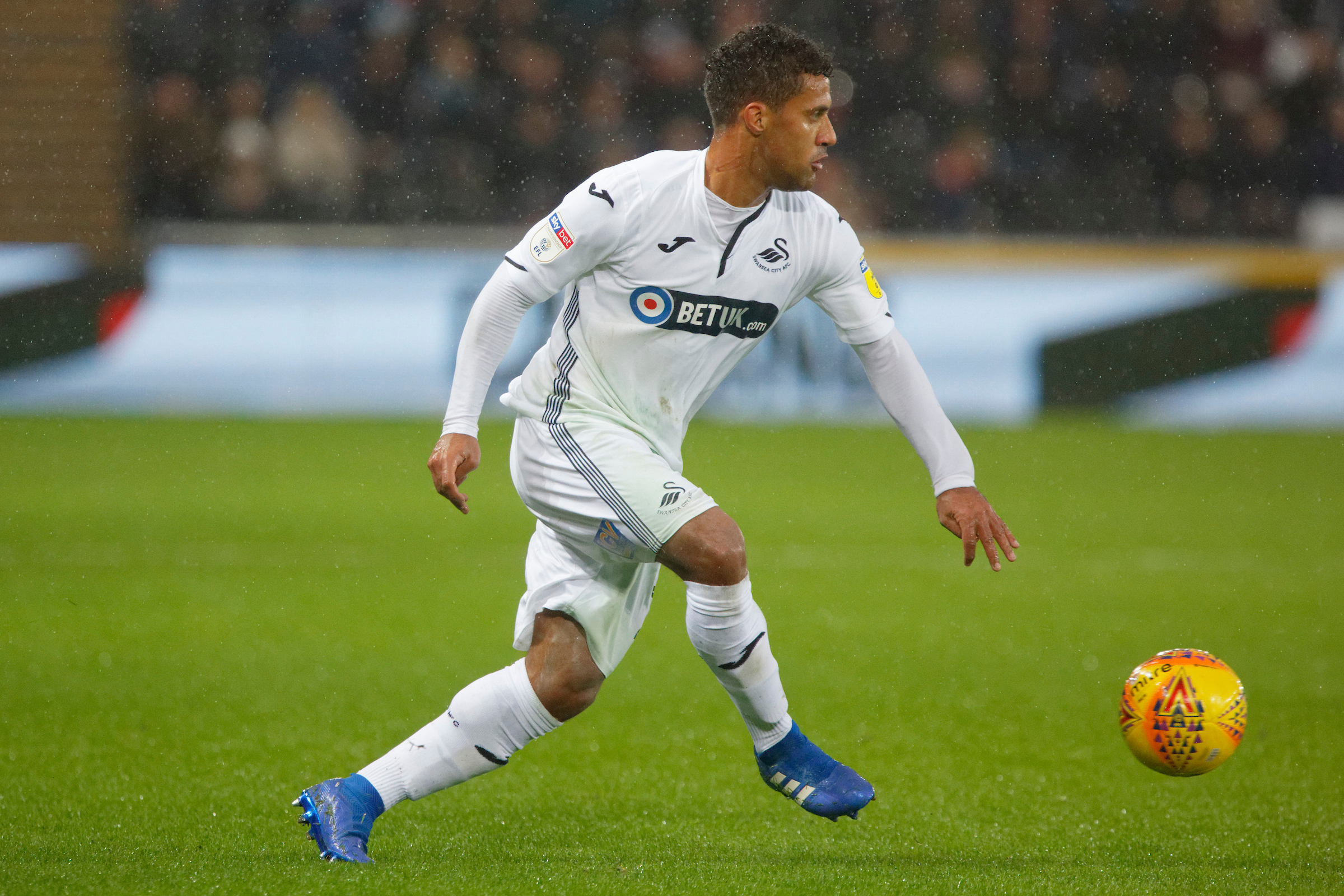 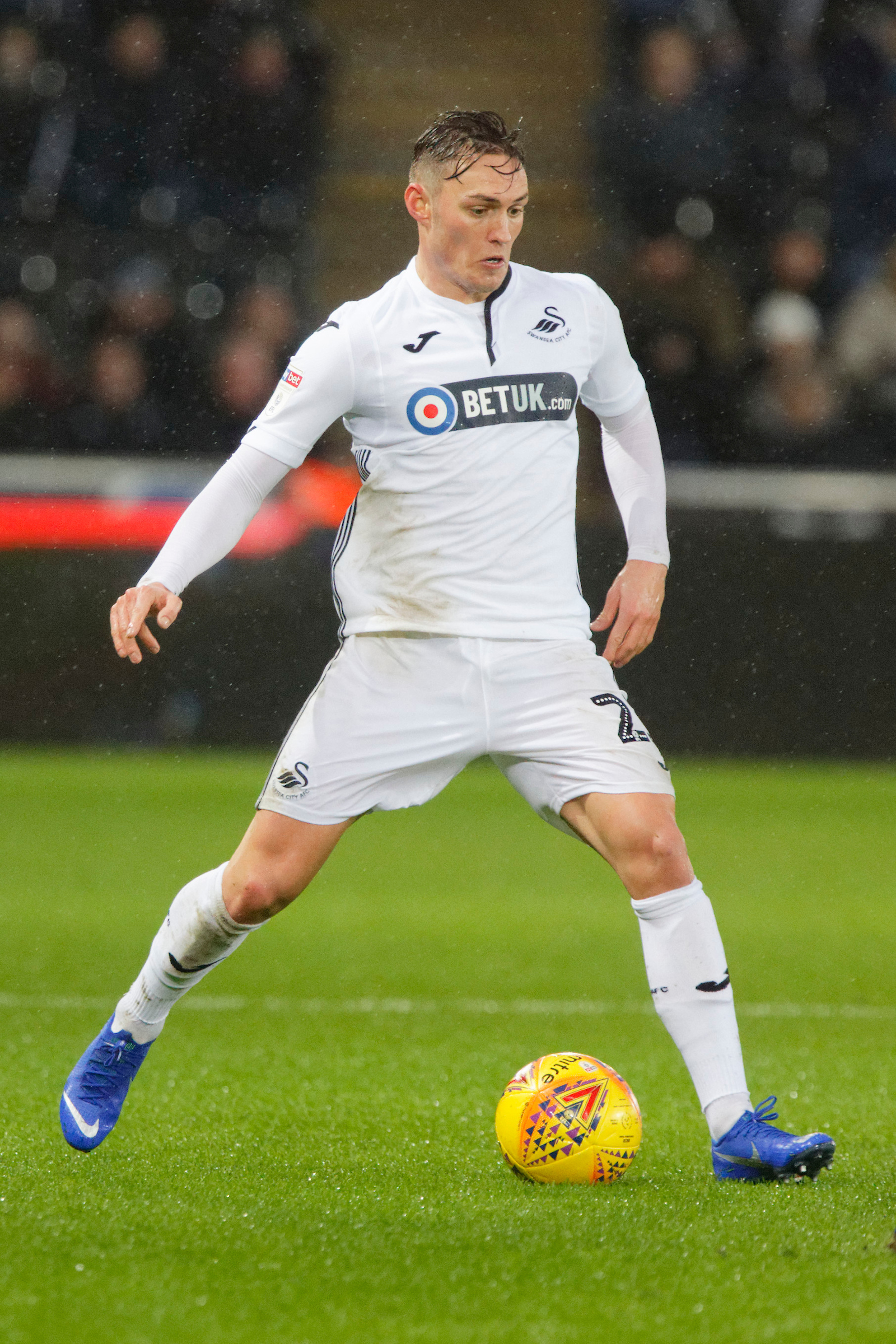 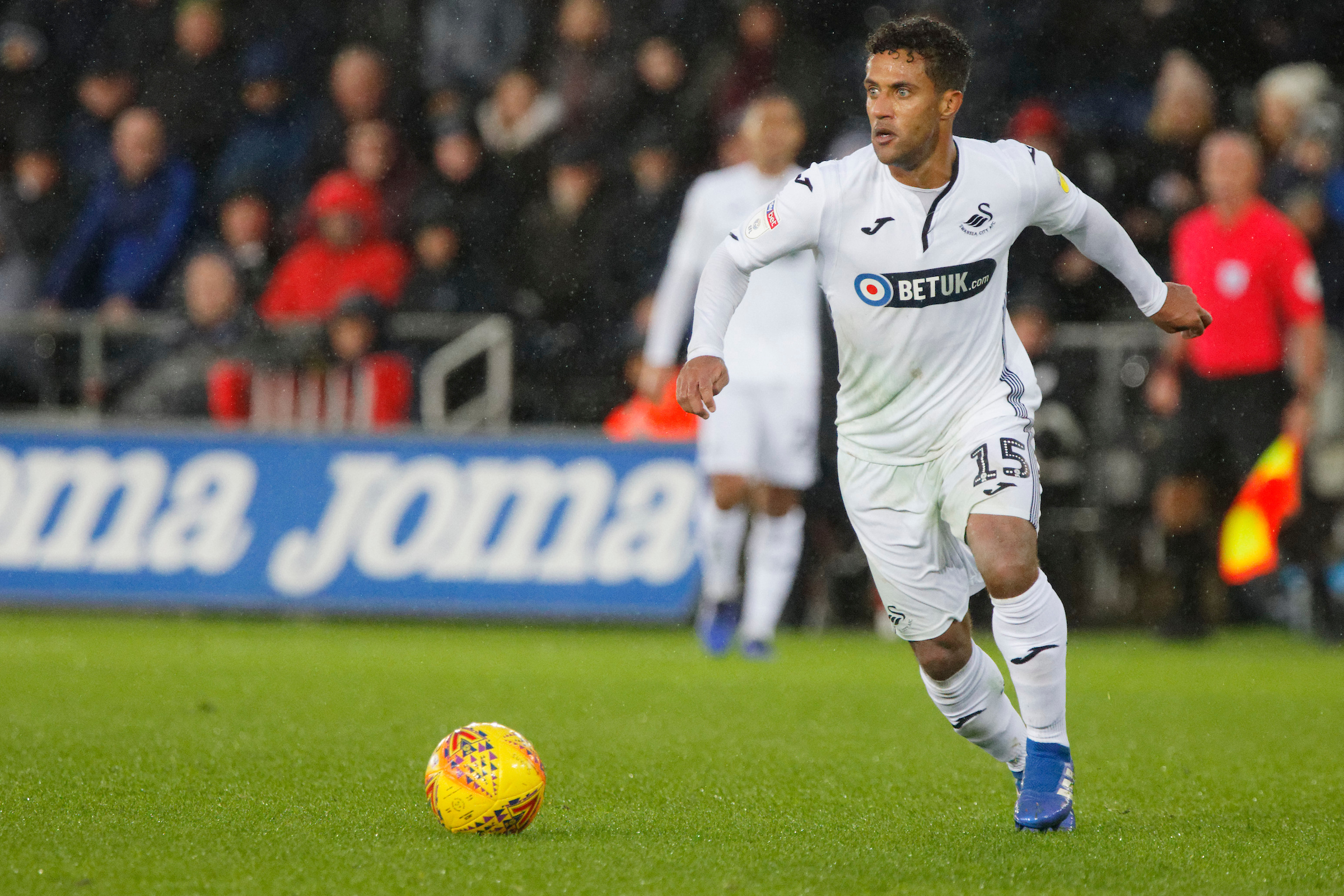 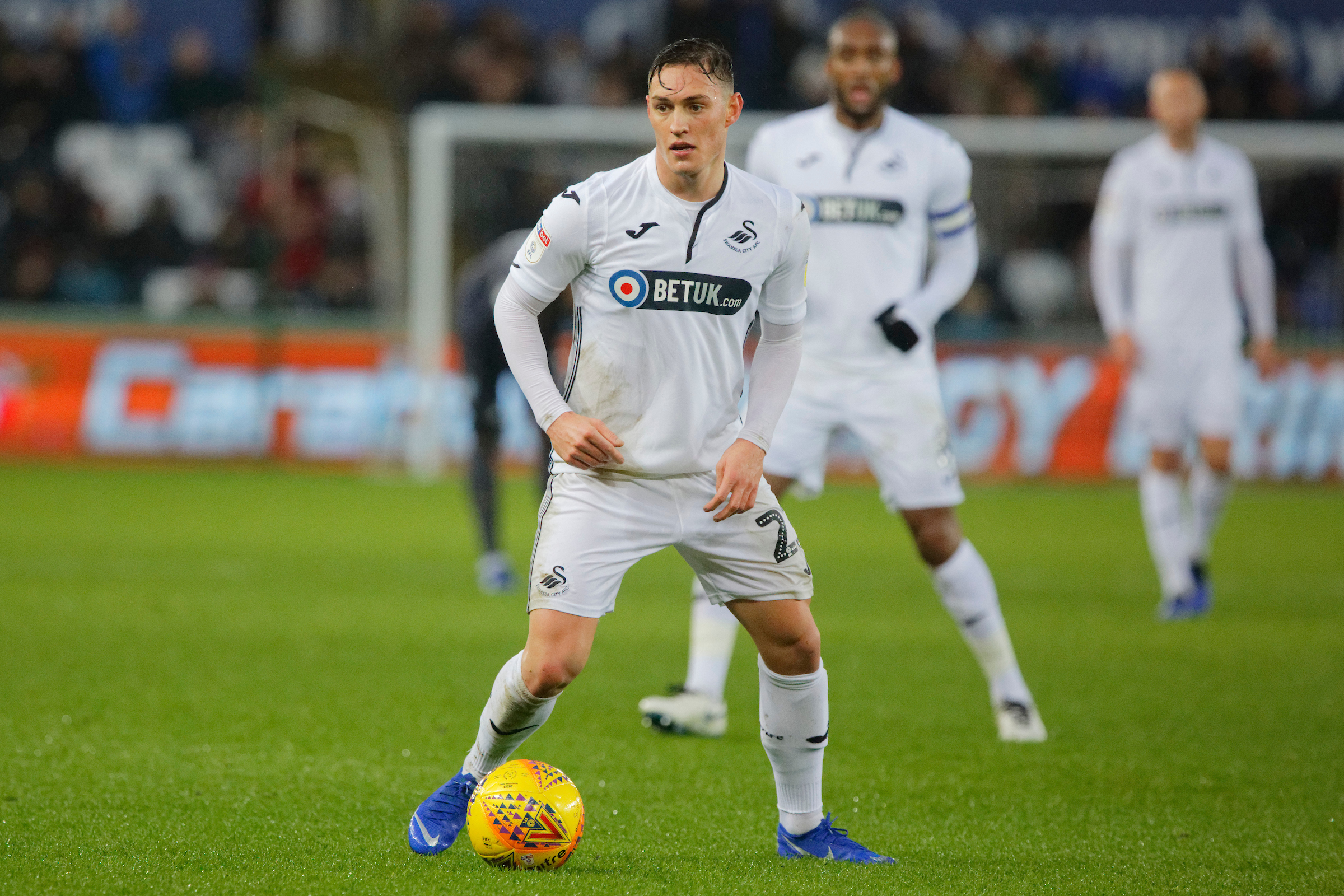 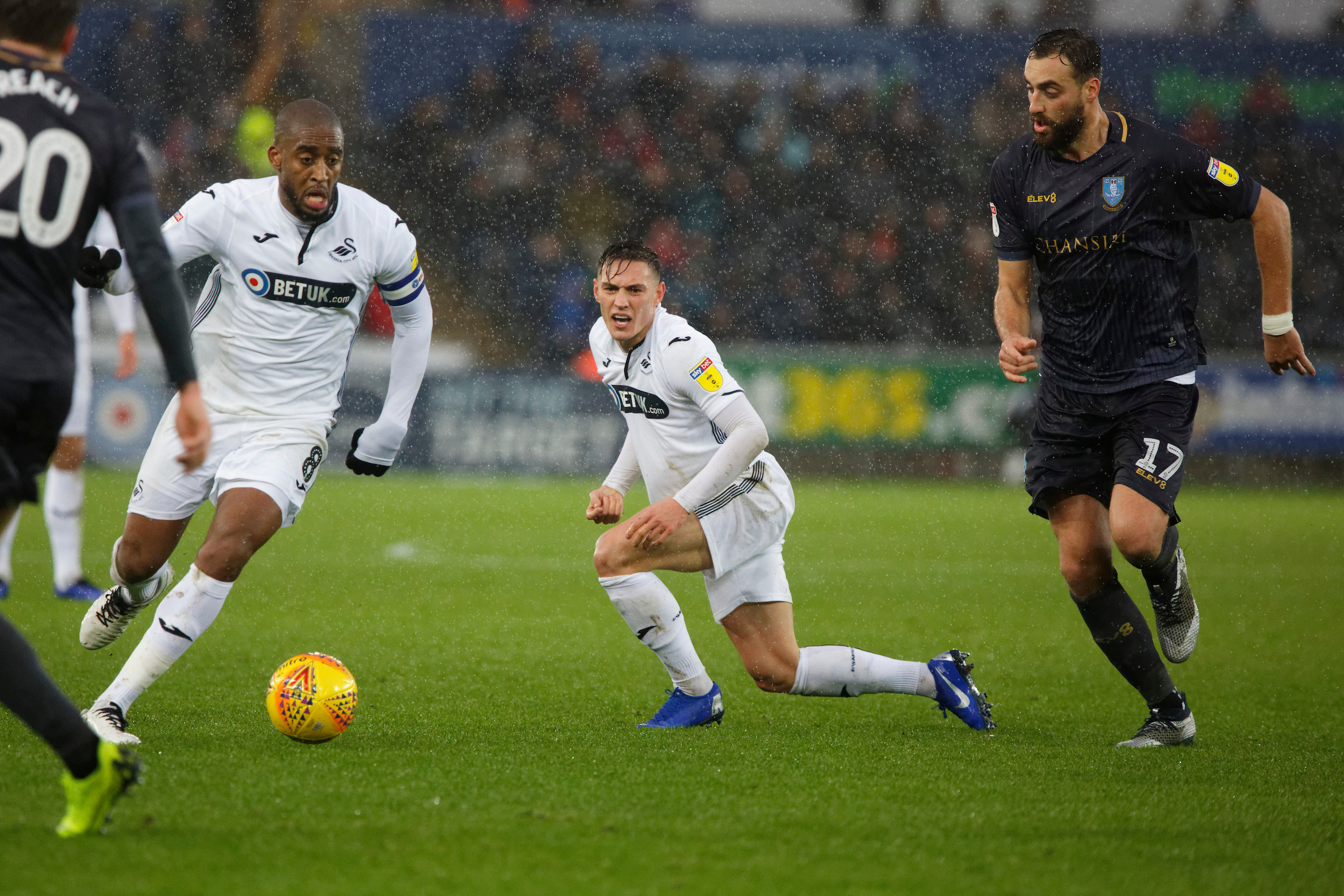 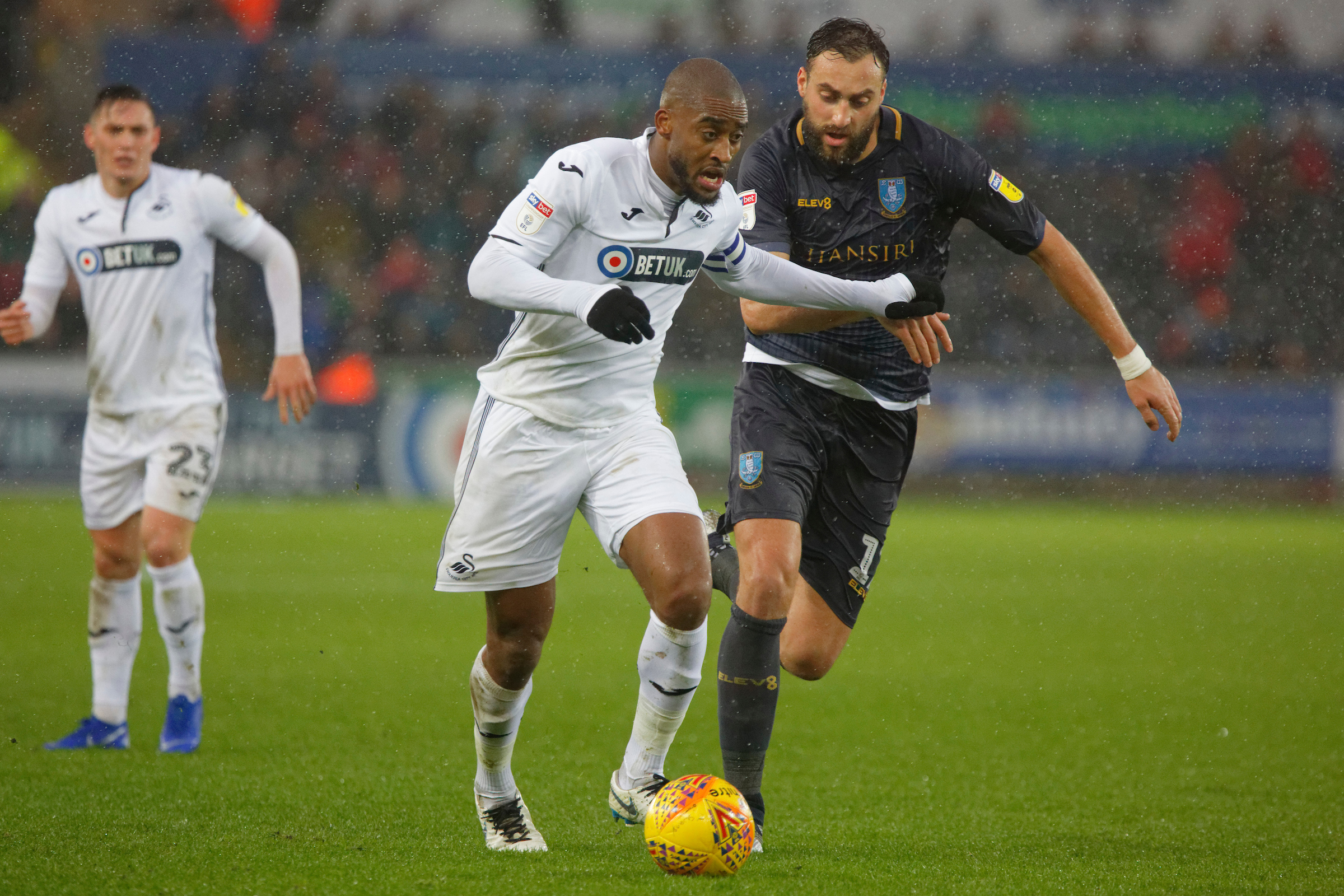 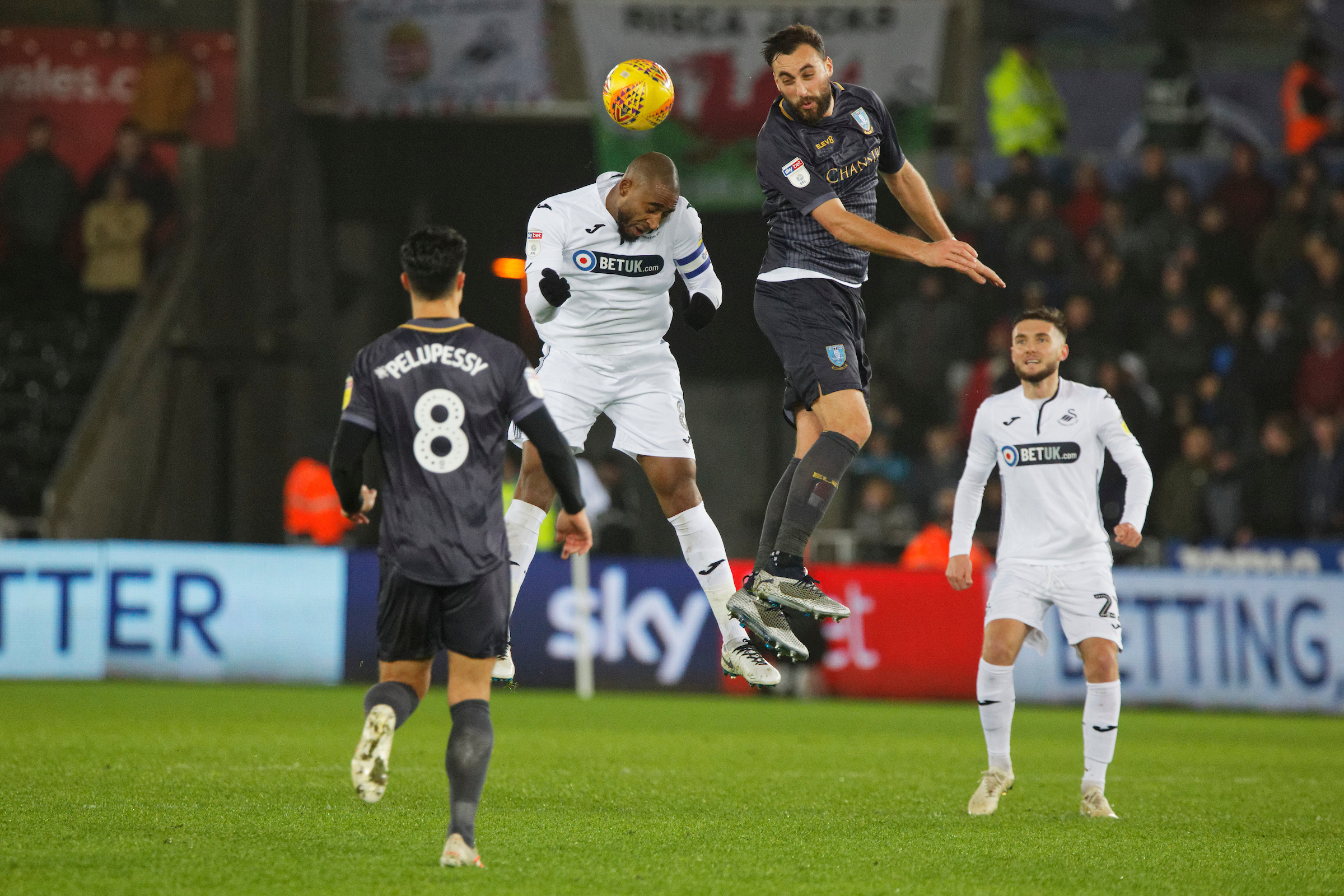 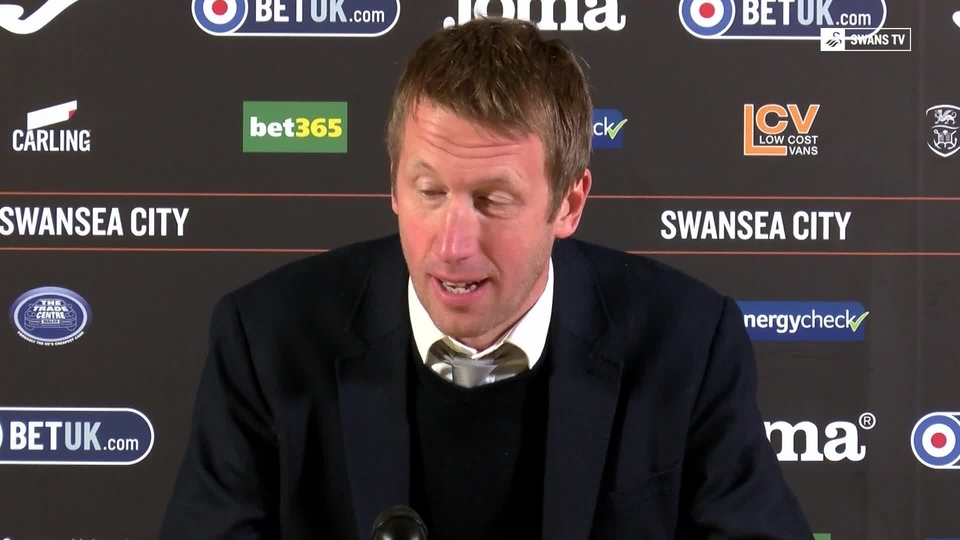 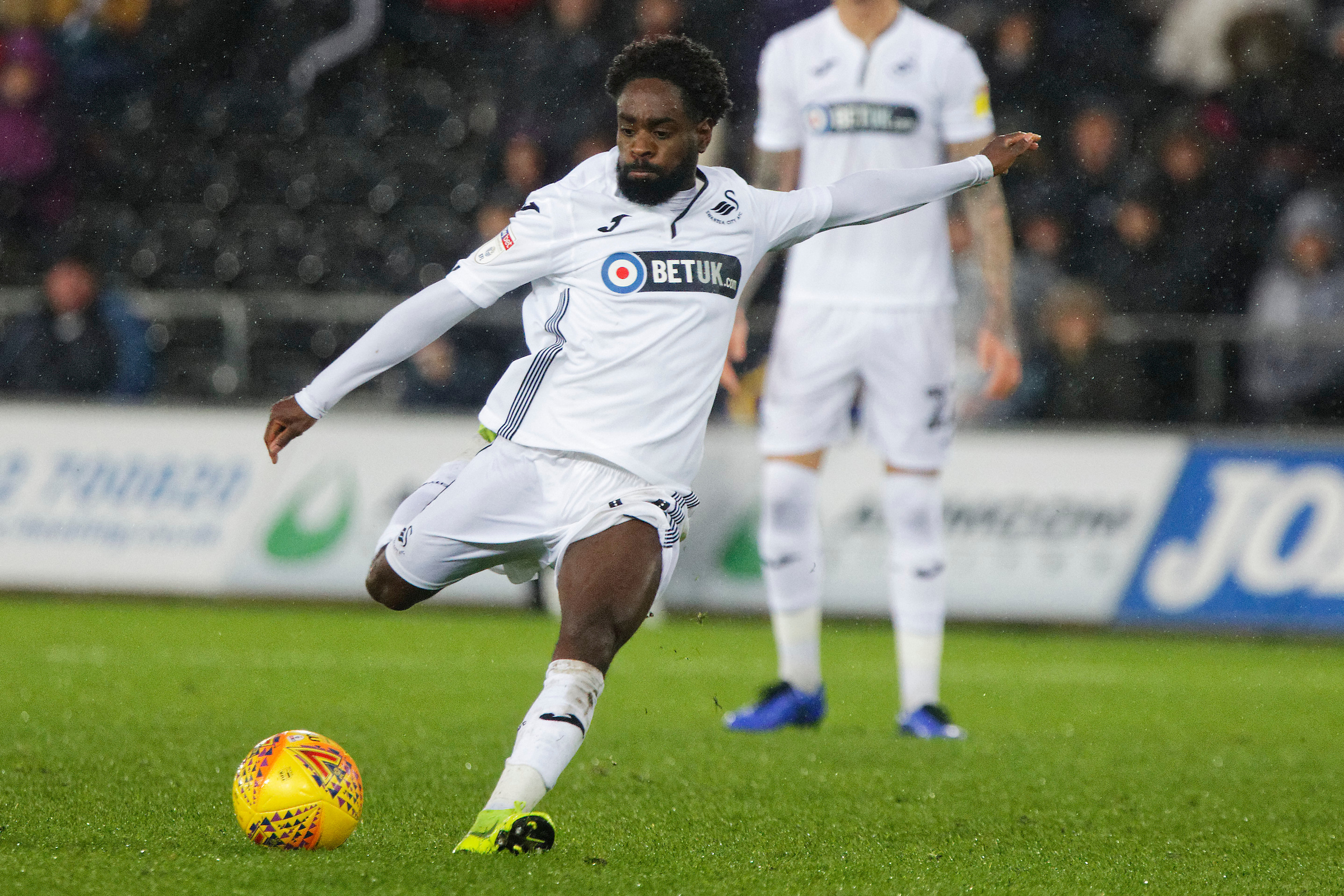 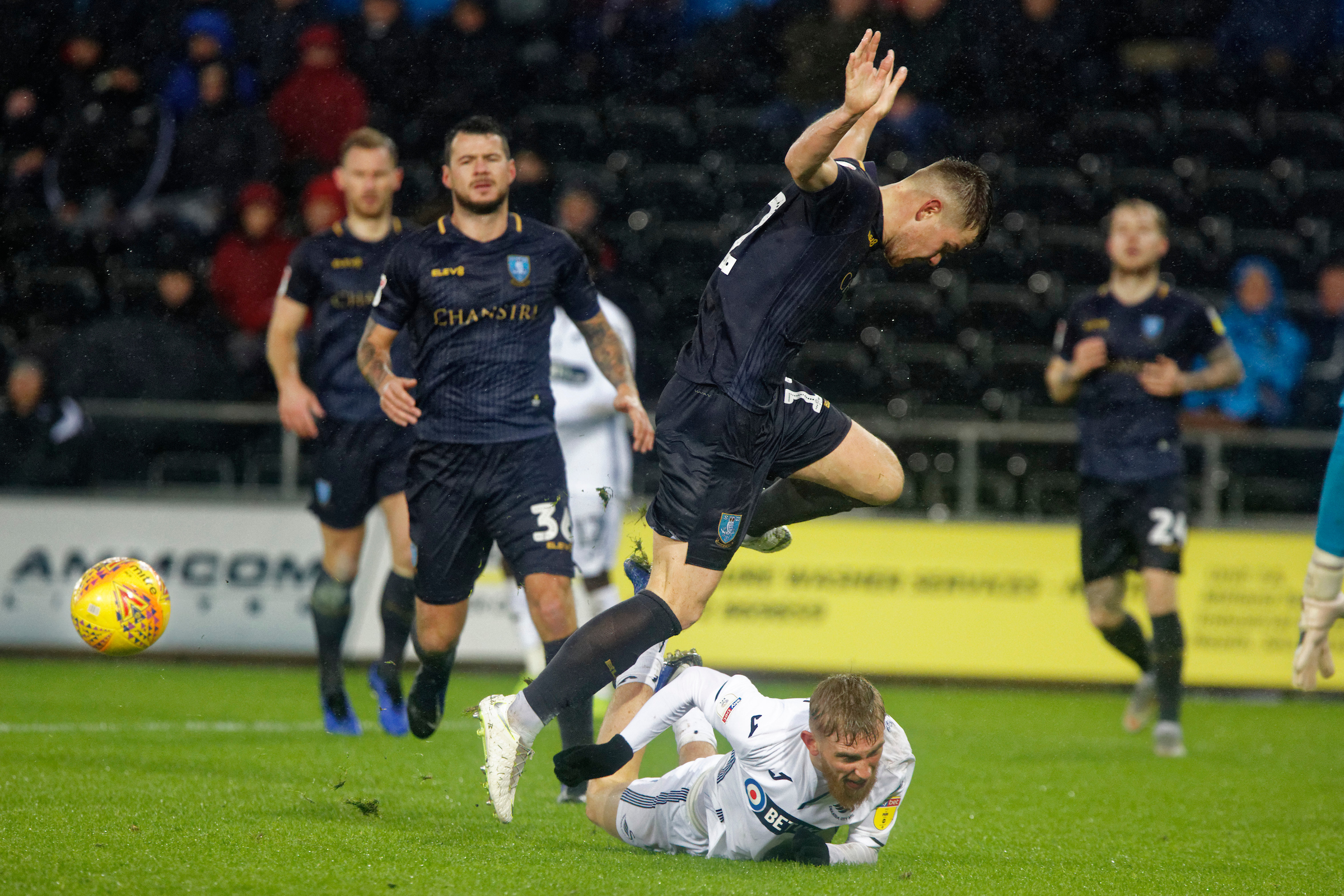 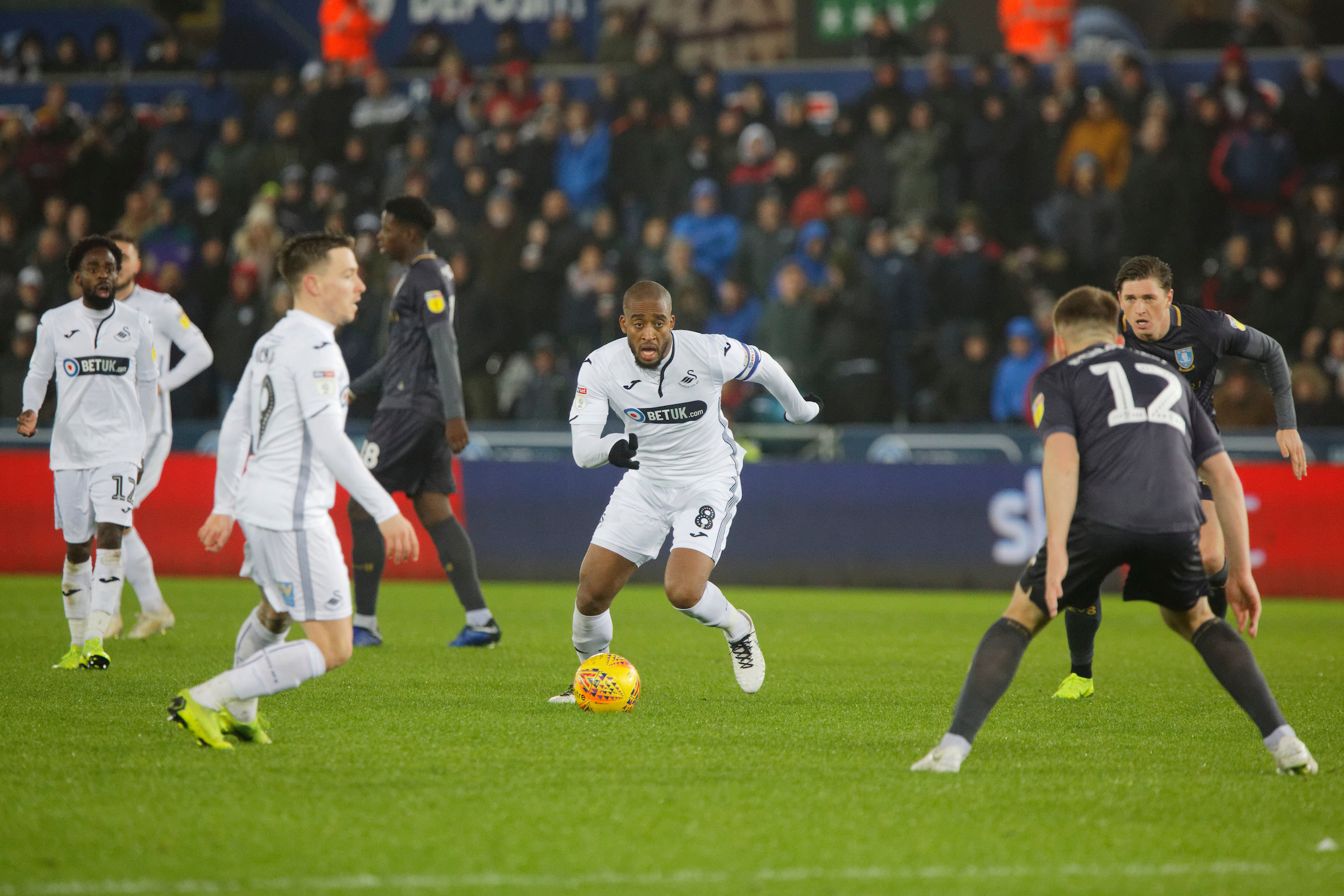 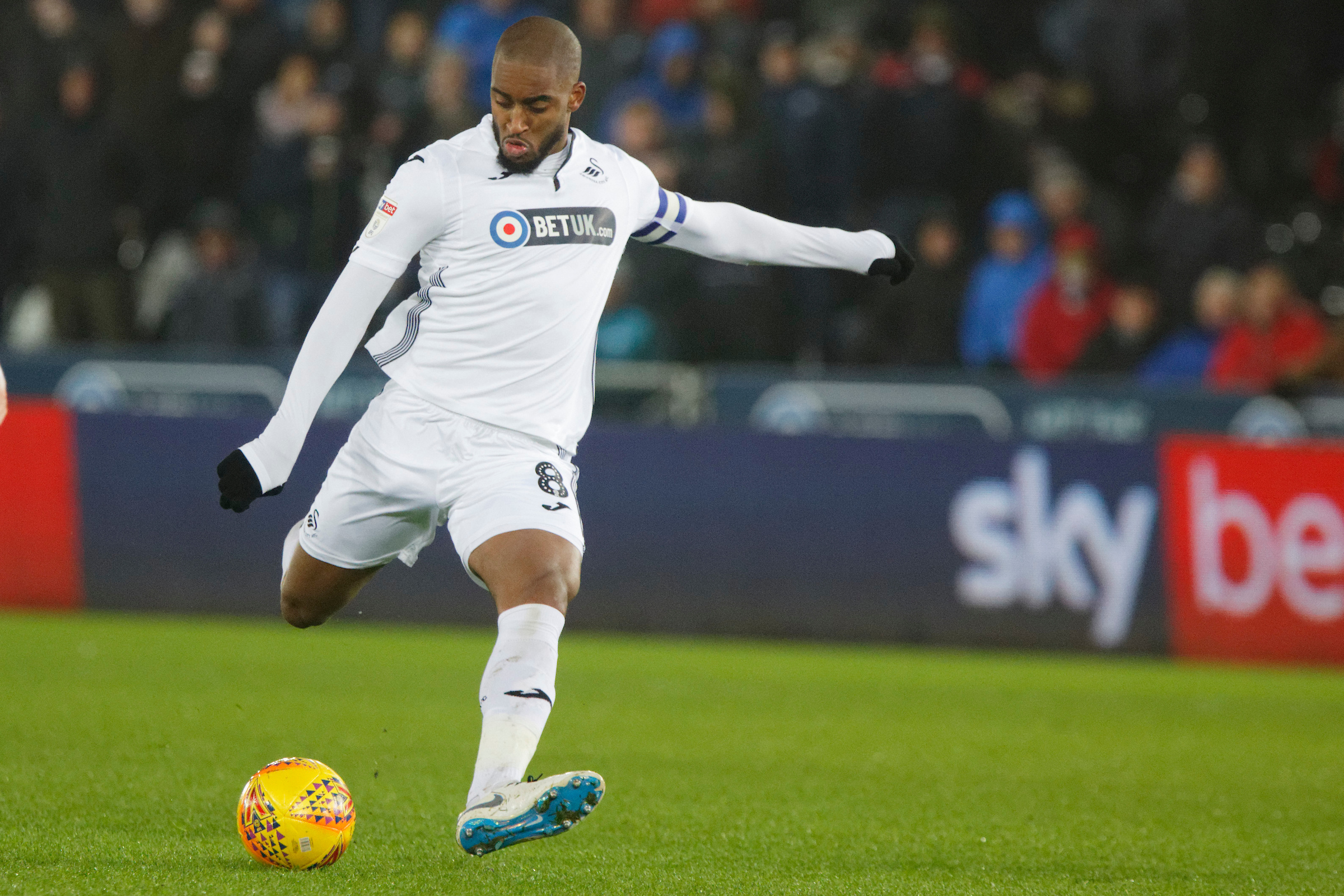 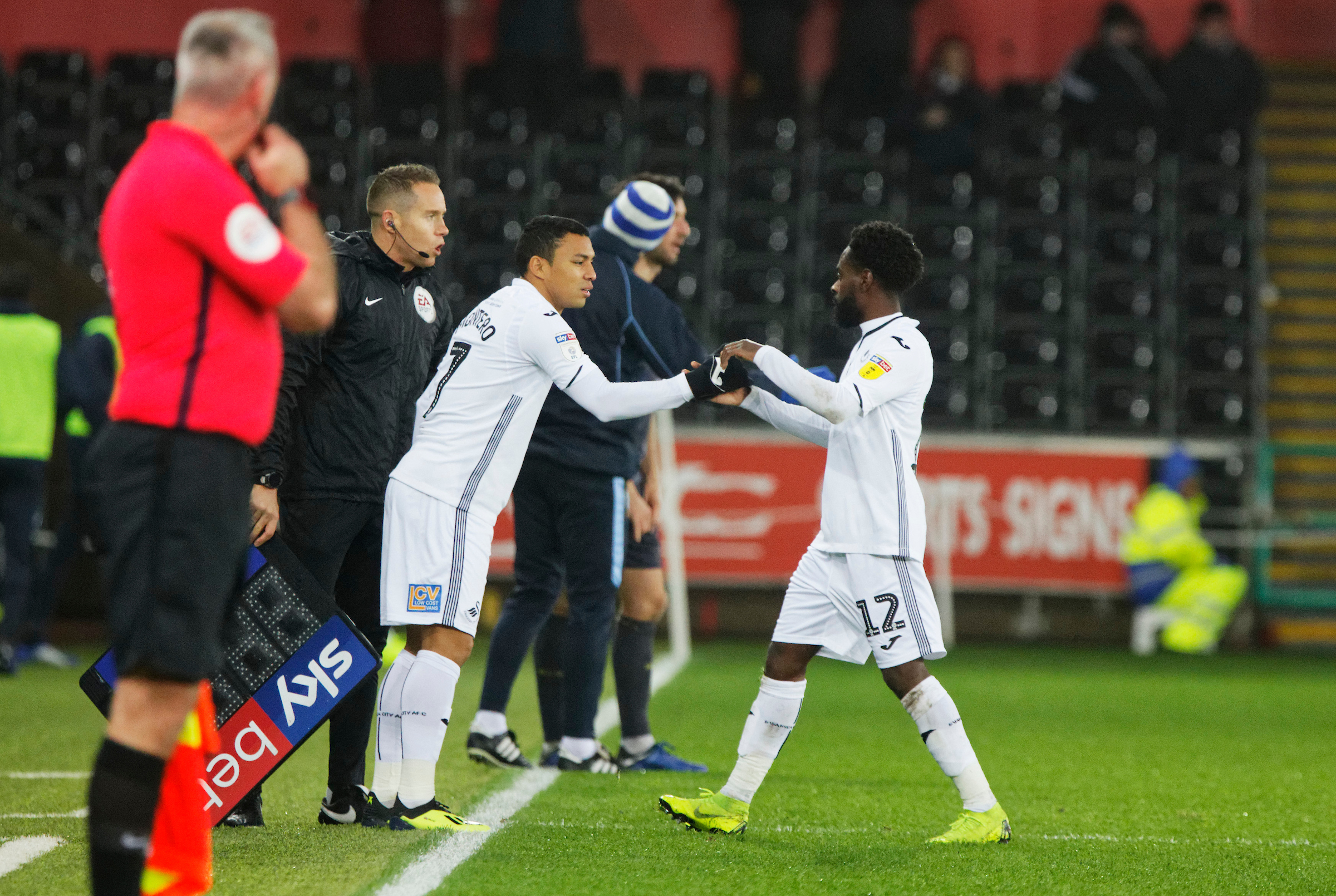 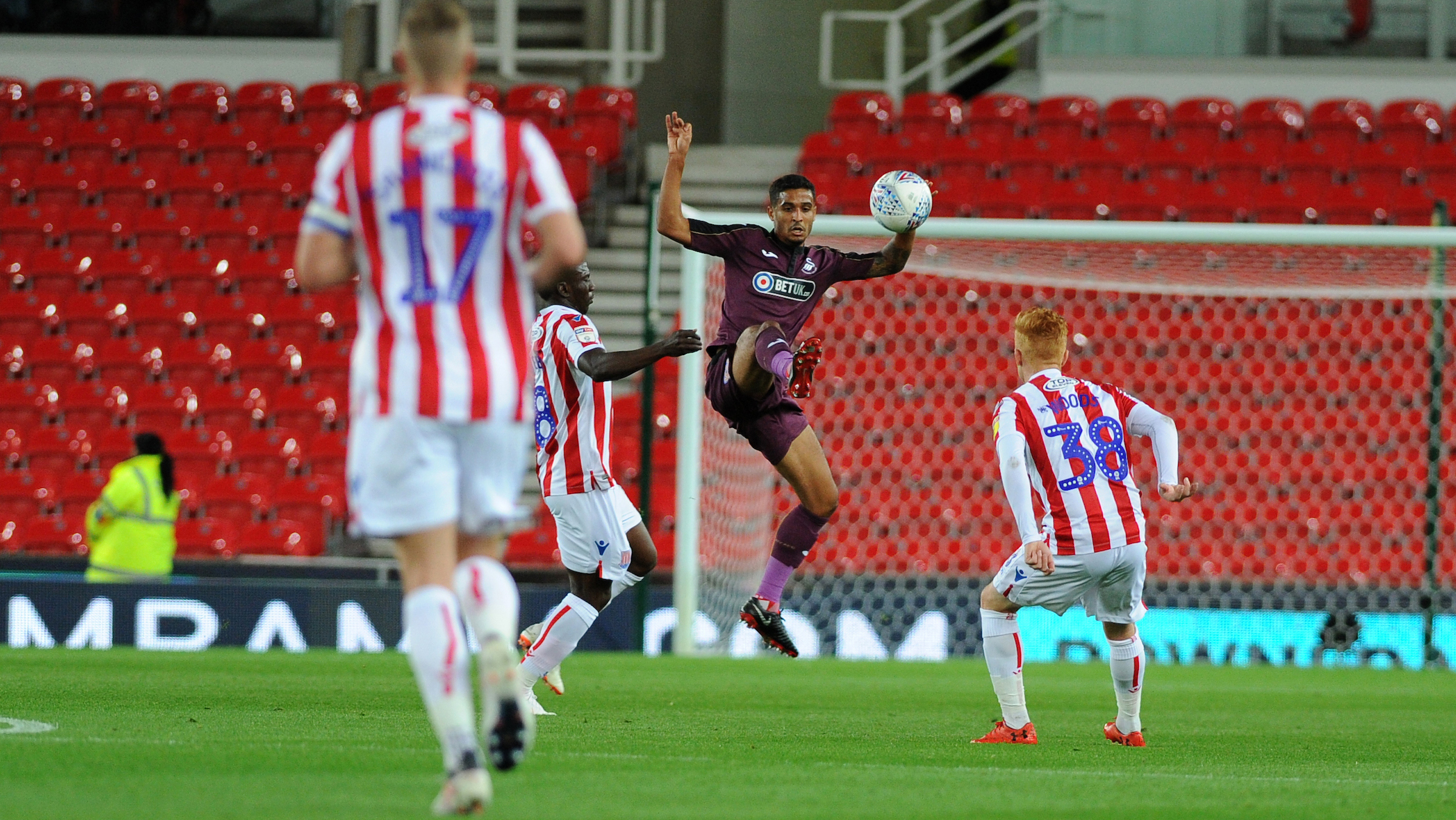 The Swans went down 1-0 at Stoke City as Joe Allen's controversial second-half goal inflicted a first away defeat of the season on Graham Potter's side.

Former Swan Allen tucked home in the 57th minute, but only when Tom Ince's shot deflected off Benik Afobe - who looked offside - and into the path of the Welsh international, who was definitely offside.
It was harsh on the Swans, who had battled bravely at the bet365 Stadium.
Defeat leaves Potter's side on 12 points from eight games.
The Swans made seven changes to the side which began against Nottingham Forest.
Cameron Carter-Vickers made his first start in central defence while Martin Olsson returned at left-back.
Kyle Naughton played in midfield while experienced wingers Nathan Dyer and Wayne Routledge made their first appearances of the season.
George Byers, 22, made his Swans league debut while Daniel James was recalled in the final change.
The visitors had started brightly in Staffordshire, with Routledge's header deflected for a corner before Byers failed to connect with Dyer's cross along the face of goal.
At the other end, Afobe was denied by Erwin Mulder after he had latched onto Ryan Shawcross' long ball before the striker fired wide from a great position.
Stoke wasted another glorious opportunity before the break, with Ince - just 12 yards out - stabbing his low effort an inch wide of the post.
Despite the Swans' efforts after the break, it was Stoke who broke the deadlock before the hour via Allen.
The Swans pushed for an equaliser, with Oli McBurnie, Yan Dhanda and Joel Asoro thrown on.
It was McBurnie who teed up James for a pop at goal, but the youngster's shot was blocked.

McBurnie then came close right at the death, when his spectacular volley was pushed over by Butland, while Mike van der Hoorn flashed a header over the top from the resulting corner.
With that Stoke held on for a second league win of the season - and inflicted a second league defeat on the Swans.