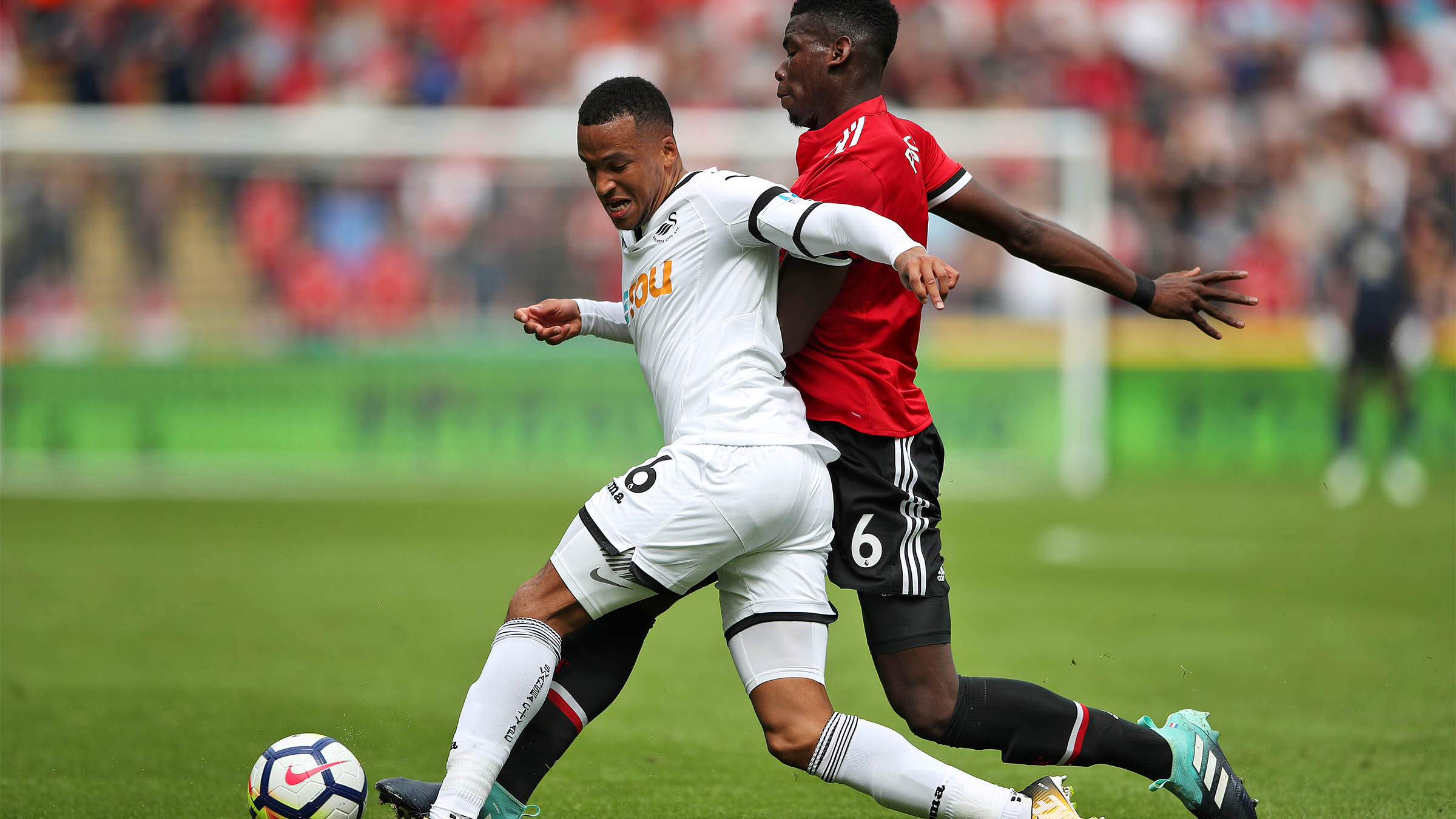 A late flurry of Manchester United goals saw Swansea City suffer a 4-0 reverse in their opening home Premier League game of the season.

Paul Clement’s men caused United plenty of problems and were right into the contest when they were 1-0 down with a little over 10 minutes to go.

Eric Bailly had put the visitors in front just before the break, but there was little sign of the heavy defeat the Swans would suffer as they battled for an equaliser for much of the second period.

As the Swans threw extra men forward, however, United killed their hosts off on the counter-attack.

The Swans had started the game with energy and purpose, and very nearly snatched a third-minute lead when Jordan Ayew got the better of Bailly.

With David De Gea drifting off his line as he anticipated a cross, Ayew went for goal from wide on the left and his clever effort bounced away to safety off the crossbar.

But United had their moments early on too, with Lukaku firing wide before Phil Jones headed a Juan Mata free-kick against the woodwork.

For all the visitors’ big-money stars, the Swans competed admirably in the first period.

United’s pace meant they were a threat on the counter, but then so too were the home side.

Ayew and Abraham were giving Jose Mourinho’s rearguard problems, and it was the Ghana star whose run and cross had Bailly scrambling to clear as Abraham prepared for a tap-in.

From the Tom Carroll corner which followed, Kyle Bartley rose highest but could only nod wide.

Yet for all the Swans’ promise, it was United who led at the break as they carved a number of late chances.

Then Fabianski came a long way for a cross but did not get there only for Mata to hook a half-volley wide of the empty net.

The breakthrough came in the final minute of the half. Pogba met Daley Blind’s corner with a header which Fabianski did very well to push on to the bar.

But as the ball dropped back into play, Bailly reacted quickest to prod home from a yard.

United threatened first in the second half as Rashford’s 20-yarder was smothered Fabianski, before Leroy Fer took aim at the other end only for his left-footed half-volley to fly over the top.

Next a neat Swans passing move ended with Martin Olsson feeding the overlapping Carroll. His cross found Abraham in space, but the teenager headed too high.

A Carroll corner then caused chaos, but Ayew failed to connect with an attempted header and then Abraham could not provide the killer touch as he stuck out a leg.

Clement sent on Wayne Routledge and Luciano Narsingh as the Swans pushed for a leveller.

But as the home side pressed forward, United doubled their lead 10 minutes from the end.

Fer was dispossessed in a dangerous area by substitute Martial, and his clever reverse pass allowed Lukaku to sweep past a helpless Fabianski.

The 2-0 scoreline felt a little harsh on the Swans, but there was more pain to come.

United grabbed a third within a couple of minutes as another Swans error – this time a rare loose ball from Carroll – was ruthlessly punished.

Pogba fed Henrikh Mkhitaryan, who drove forward before returning the ball to the French midfield powerhouse, who lifted his shot over Fabianski and into the net.

And just two minute after the third goal, United snatched a fourth as another rapid counter ended in Martial firing home.