Sarah Adams netted a late equaliser as Swansea City Ladies came from behind to earn a draw against Aberystwyth Town in the Genero Adran Premier.

Chloe Tiley had put the Swans ahead after just two minutes, converting from close range after a great ball from Ellie Lake.

But a first-half double from Libby Isaac would see the Swans behind at the break, the forward first converting a penalty before firing a stunning 25-yard strike.

The Swans had to battle for an equaliser throughout the second half and would eventually find one, Adams finding the bottom right corner, but a run of three consecutive wins would be brought to an end as they were forced to settle for a point.

The Swans had made the perfect start to the game, Tiley converting an excellent through ball from Lake after just two minutes.

Jess Williams then tested the goalkeeper not long after, her long-range free kick bringing a good save from Elen Valentine.

But the visitors would be given a penalty just five minutes later, a scramble in the box leading to a push that forced the referee to point to the spot.

Isaac stepped up for Aberystwyth and converted to make it 1-1, the first home goal conceded by the Swans this season.

Swansea had the chance to restore their lead before the break after they were given an indirect free kick for Aberystwyth goalkeeper Valetine’s time-wasting. Gwen Horgan teed up Kelly Adams, but the midfielder fired her effort over the crossbar.

The Swans were made to pay for their missed opportunity as Isaac fired a stunning 25-yard strike into the top corner to put Aberystwyth in the lead going into half-time.

Swansea pressed again early in the second half, Williams again going close from a free kick, firing her long-range effort just over the crossbar.

A fantastic ball from Horgan almost found Emily Freeman free at the back post, but an outstretched hand from the goalkeeper parried the ball away from Freeman’s feet.

But the Swans would finally find the equaliser through Sarah Adams as she arrowed a shot into the bottom right corner with six minutes to go.

Katy Hosford came agonisingly close to snatching all three points, cutting in onto her left foot before curling an effort just wide of the post.

But the Swans would be forced to settle for a point, despite a dominant second-half performance. 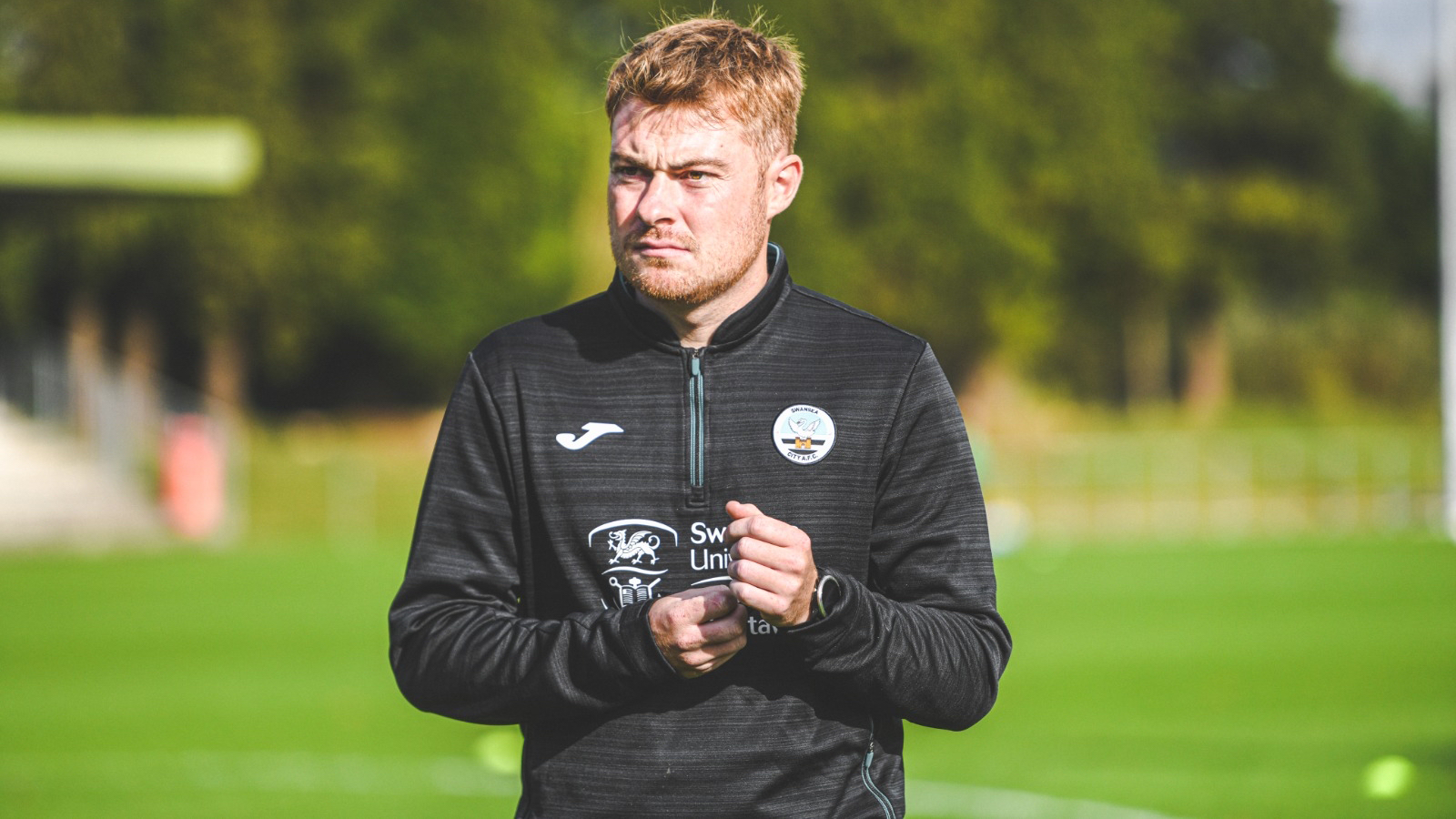