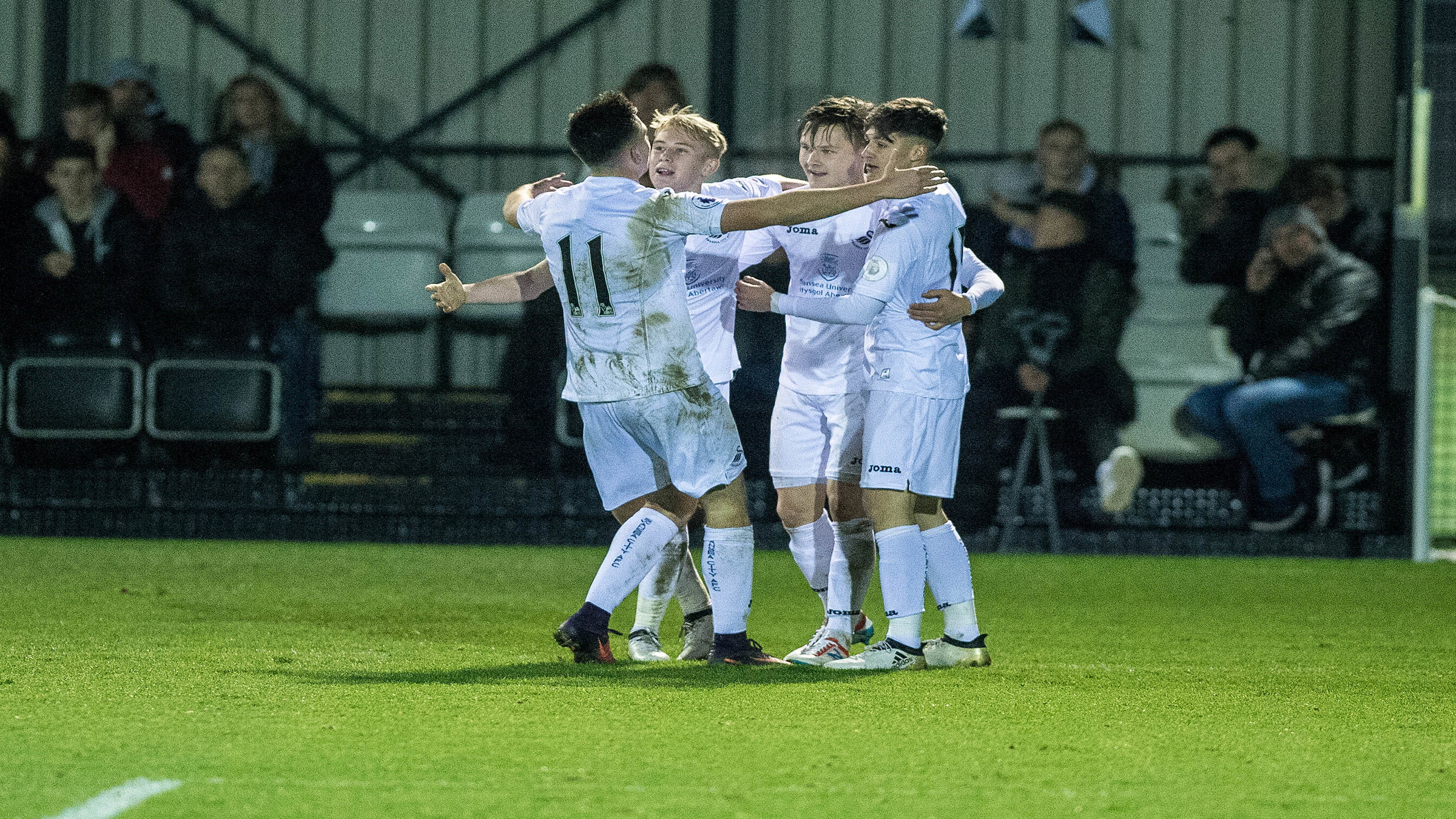 Swansea City Under-18s ended their 2016-17 campaign with a 3-1 win against Newcastle United’s youngsters at Little Benton.

The young Swans raced into the lead inside the opening minute as Liam Edwards found space to fire past goalkeeper Will Brown.

Swansea continued to keep up the pressure on the Magpie’s back line and doubled their lead through midfielder Keiran Evans in the 11th minute.

The home side pulled a goal back through Elias Sorensen as the Danish striker headed home Craig Spooner’s cross before the break.

But Swansea put the game beyond doubt midway through the second half as striker Liam Cullen netted his 19th of the season with a superb finish.

The result means the Under-18s finish second in the third tier of the Premier League Merit League.

Dan Watts | We paid for not taking our chances

Swansea City Under-18s’ midfielder Dan Watts felt he and his team-mates paid the price for not making the most of their attacking opportunities in defeat to Cardiff City.

Check out the best of the action images as Swansea City Under-18s face their Cardiff City counterparts in the Professional Development League.

Watch all the key moments as Swansea City Under-18s make the journey to take on Cardiff City in the Professional Development League.