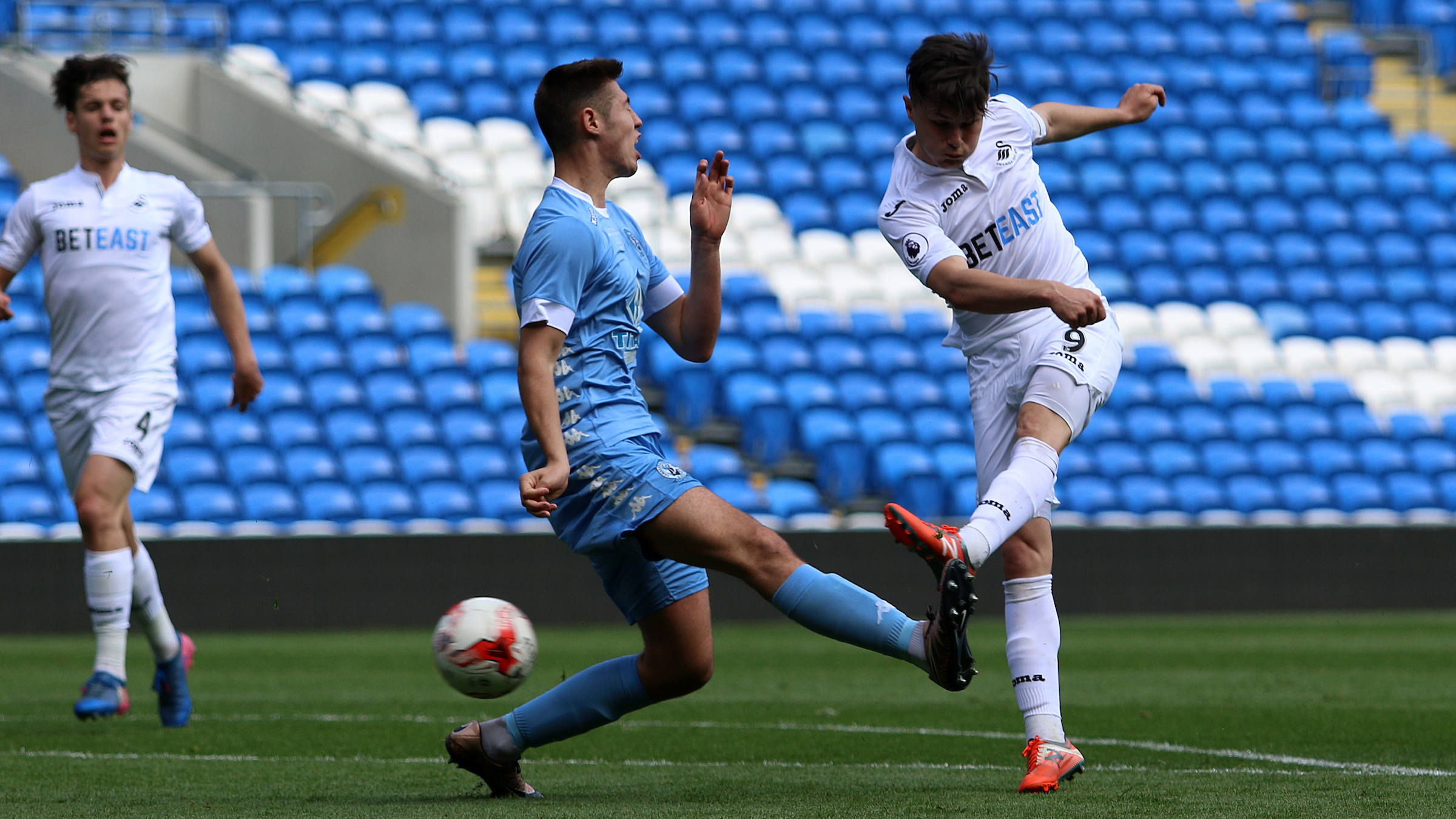 Swansea City Under-18s took their third win in Premier League Merit League 3 with a 2-0 victory against WBA at Landore.

It was the Baggies who had the first chance to break the deadlock as Swans goalkeeper Alex Lang was down low to save Sam Wilding's shot off the line.

Swansea's top scorer Liam Cullen and winger Causso Darame went close to giving the home side the lead only for West Brom keeper Adam Przybek and defender Jack McCourt to deny the chances.

But Swansea did break the deadlock just before the half hour mark as a fast-paced counter attack released Cullen to break into the box from the right wing before firing home.

Darame could have doubled the advantage soon after, only for the winger to blaze his volley over the bar from inside the area before Lang kept the Swans' lead intact at the break with a save to deny Tyler Morrison's low shot.

West Brom battled to find an equaliser in the early stages of the second half but missed opportunities in front of goal.

At the other end Darame's pacey run down the left wing saw him test Przybek with a low save to deny Swansea from doubling their lead, as Mael Davies' defensive duties stopped an equaliser from West Brom.

But Cullen put the game beyond doubt for Swansea inside the final ten minutes to net his 18th of the season as the striker pounced on a pass from Oliver Cooper to get the better of Baggies defender Dan Meredith before slotting home.