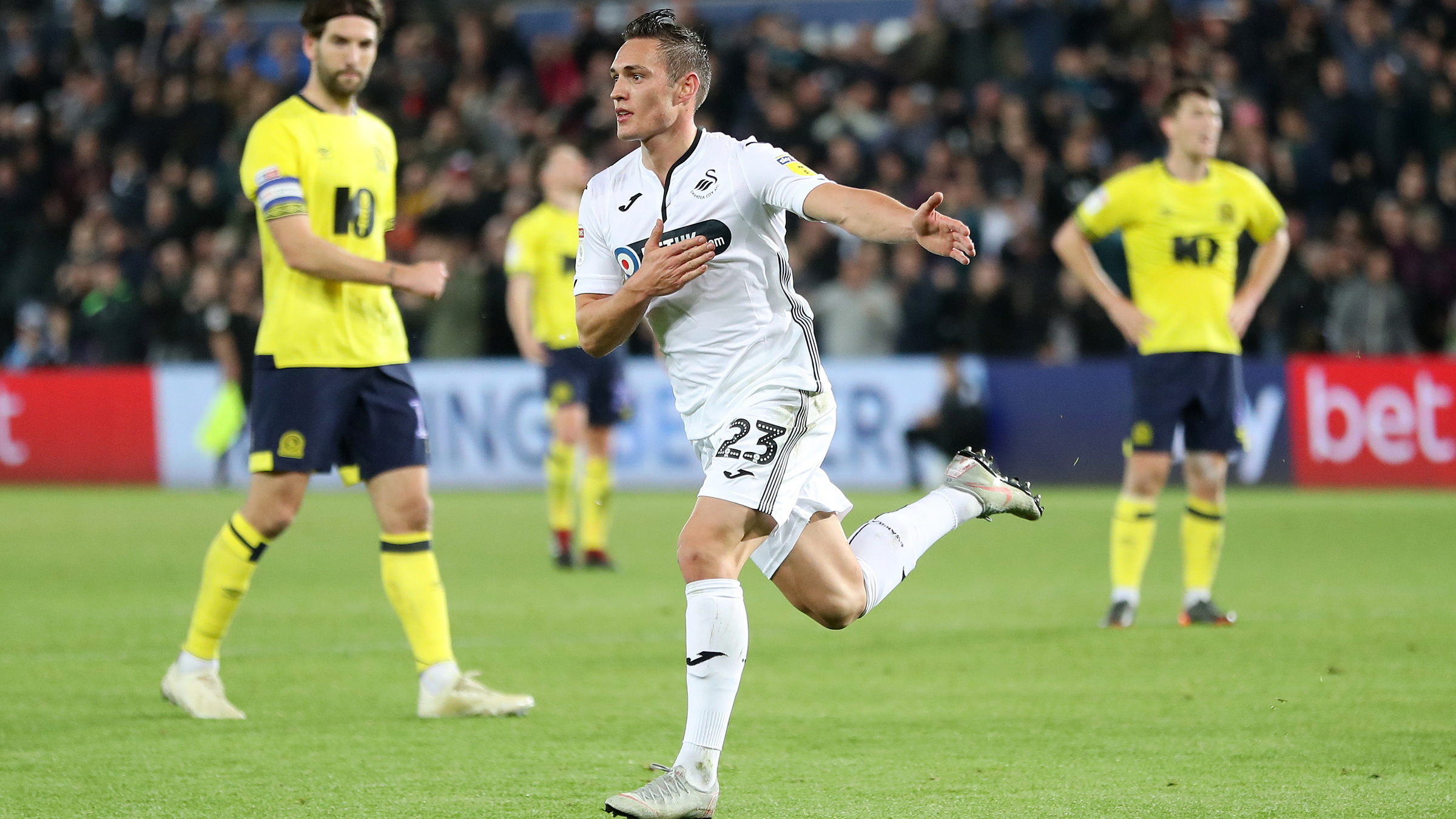 Swansea City defender Connor Roberts has today signed a new contract which ties him to the club until the summer of 2022.

The right-back is the fourth member of Graham Potter’s squad to have committed to the club in recent weeks, with Joe Rodon, Jay Fulton and Matt Grimes also agreeing fresh terms.

Roberts, who came through the club’s academy system, has become a regular in the first team since making his debut for the Swans in January.

He made 11 appearances last season – four in the Premier League – as the Swans suffered relegation to the Championship.

Local lad Roberts, who hails from Crynant, ended the campaign with a Wales debut against Uruguay, and has not looked back since.

The 23-year-old has played in all 17 Championship fixtures – scoring twice – under Potter, who has also utilised him at right midfield, while he has also become a regular in Ryan Giggs’s Wales team.

Roberts is one of several players to have been developed in the Swans’ academy before earning game-time with the first team, with Fulton, Rodon, Oli McBurnie, Daniel James, George Byers, Cian Harries, Courtney Baker-Richardson, Liam Cullen, Brandon Cooper and Tyler Reid all featuring under Potter this season.