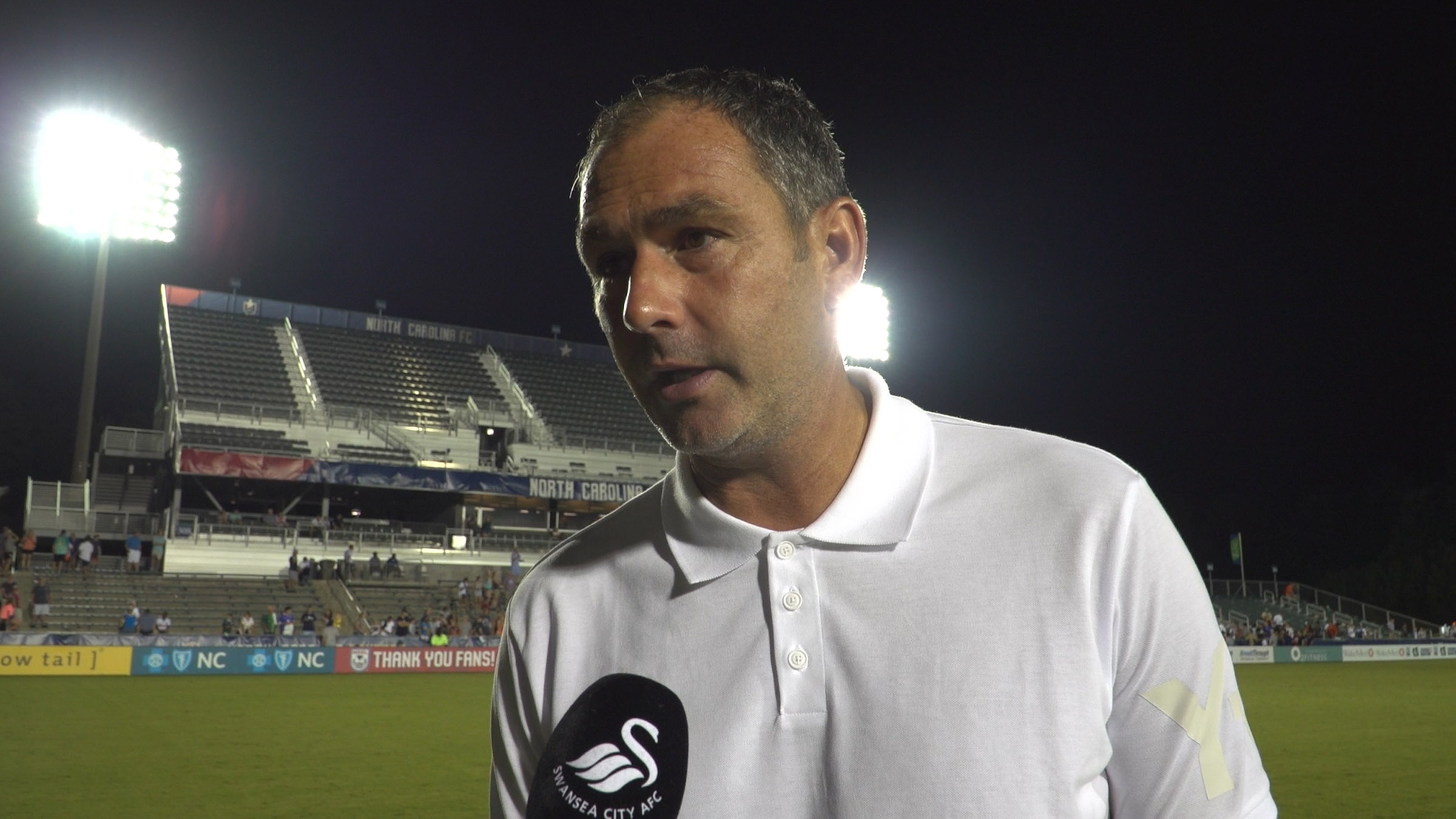 Paul Clement took plenty of encouragement from Swansea City’s pre-season tour in America, but insists his side still has plenty of room for improvement.

A ten-day trip Stateside saw Clement’s squad go through an intense training camp in hot conditions while fixtures against Philadelphia Union, Richmond Kickers and North Carolina were an opportunity to increase fitness and match sharpness.

A 2-2 draw in Philadelphia kicked off the tour before a victory over Richmond in Virginia handed the Swans a first victory.

A goalless draw in Raleigh against North Carolina concluded the tour, which has left Clement with plenty of factors to reflect on ahead of the opening Premier League fixture with Southampton on August 12.

“We put in a good shift physically over the ten days, including tonight,” said Clement in his post-match interview.

“Overall I have been pleased with the ten days we’ve had here.

“There were lots of encouraging things to take from the tour. We have created a lot of chances is a big positive while the players have put in a big shift.

“The conditions here are tough. There is a lot of humidity and heat – generally we are not used to that.

“It’s going to help us getting back to Swansea with the nice new pitches with a climate we are much more familiar with.

“But we are a little bit behind where I would have liked us to be at this point.

“We are three weeks away from the first game of the season, and we will go back to Swansea and push on with training sessions and two games before the opener against Southampton.”