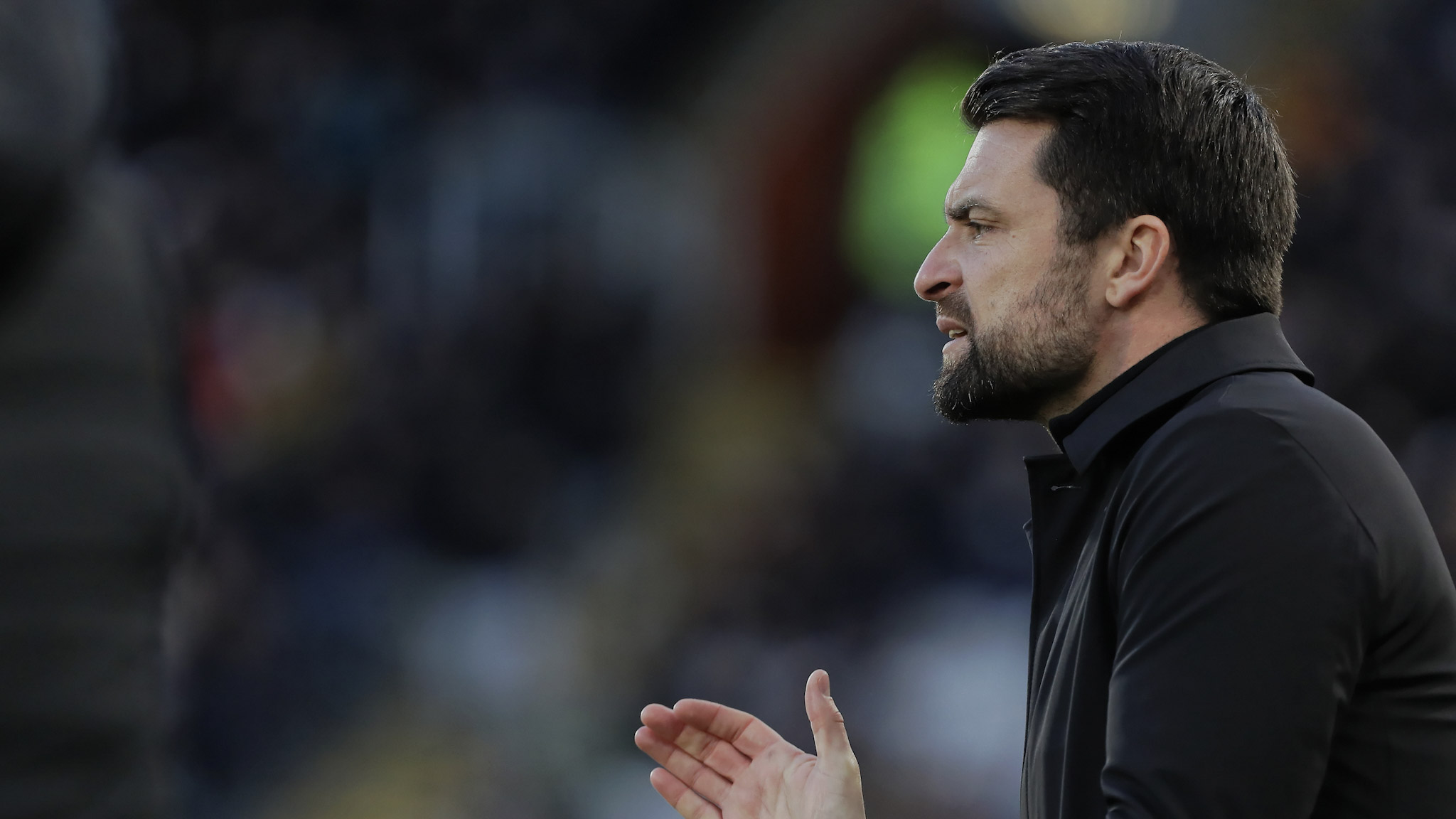 Russell Martin | The first half has cost us

Russell Martin says Swansea City’s first-half performance cost them as they suffered a 2-0 defeat against Hull at the MKM Stadium.

The home side scored twice in the opening 17 minutes on Humberside through strikes from Tom Eaves and Keane Lewis-Potter.

Despite trailing at the interval, the Swans were by far the dominant side in the second half and hit the woodwork twice through substitutes Michael Obafemi and Liam Walsh.

Martin’s side came into the contest on the back of a three-game unbeaten run following a win over Preston that was sandwiched in between draws at Huddersfield and QPR.

But following defeat in the north east, the Swans head coach pointed to the opening period as proving pivotal.

“It was disappointing,” he said. “There was a lack of the courage we’ve shown in recent games for sure and we didn’t react well to conceding the first goal.

“The reason we kept two clean sheets in the last two games is because we worked relentlessly on certain details, and we haven’t done that today.

“They were two really bad goals to concede, and there wasn’t enough energy in the first half. But the second half was the opposite - the players were outstanding.

“We should have scored, we had better chances than Hull had. They had two shots in the first half and scored two goals.

“We had better chances than them and we didn’t score, but I really liked what I saw in the second half.