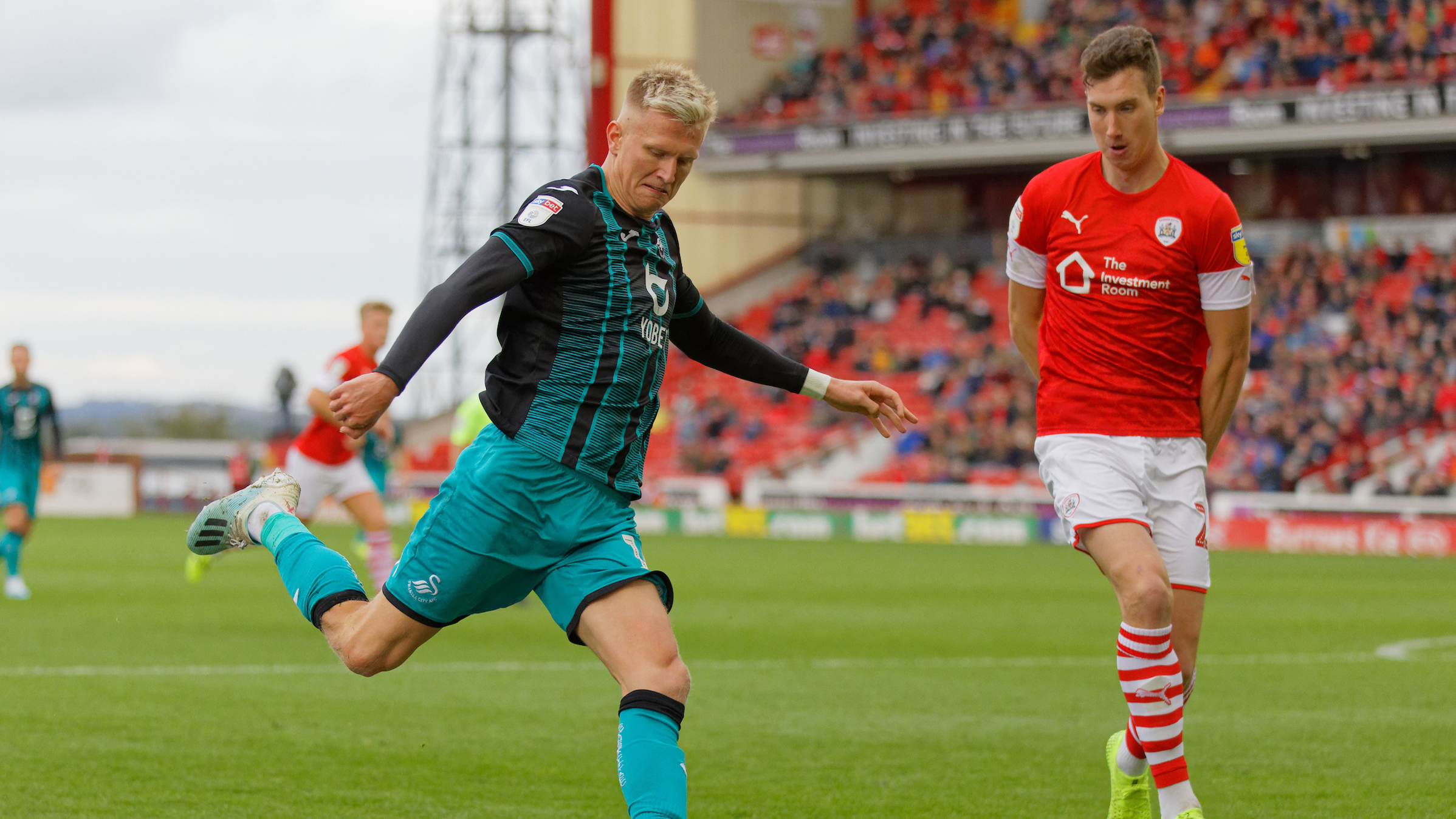 Sam Surridge hopes more opportunities will follow after making his first league start for Swansea City, even though the striker was left ruing a missed chance at Barnsley.

The England Under-21 international – who scored for Aidy Boothroyd’s side during the recent international break – was handed a starting role ahead of Borja Baston for the Championship clash in South Yorkshire.

The on-loan Bournemouth forward struggled to get into the game during a scrappy first half, but was more prominent after the break and looked set to give the visitors the lead when played in by Matt Grimes on the hour.

However, his prodded effort was kept out by Tykes keeper Brad Collins, and the game went on to end 1-1.

Surridge was frustrated at being unable to take the chance, but hopes he is staking a claim for regular starts at Championship level.

“I felt like it could have gone better because I did have a good chance to score,” he said.

“I just need to keep working hard and, hopefully, more chances will follow for me. On another day, I would have taken it.

“That was my first league start since November so I need time to get my sharpness back. I want to try and cement my place in the team and see what I can do.

“I feel like if I get a good run then I can start scoring goals and helping the team.”

Surridge has four goals to his name since making the move to SA1, and his form was rewarded with that England Under-21 call-up.

It was the first representative selection of the striker’s career, and he has come back with his confidence boosted by the experience.

“It was absolutely brilliant; I didn’t expect it at all. It was an amazing experience and gave me a lot of confidence,” he added.

“It was great to mark my debut with a goal. I was just in the right place at the right time. It was my first call-up of any kind.

“The only way I’m going to get another opportunity is by taking my chances here at Swansea.

“I’m now focused on the next few games and getting more opportunities. I’m sure I’ll produce when they come.”