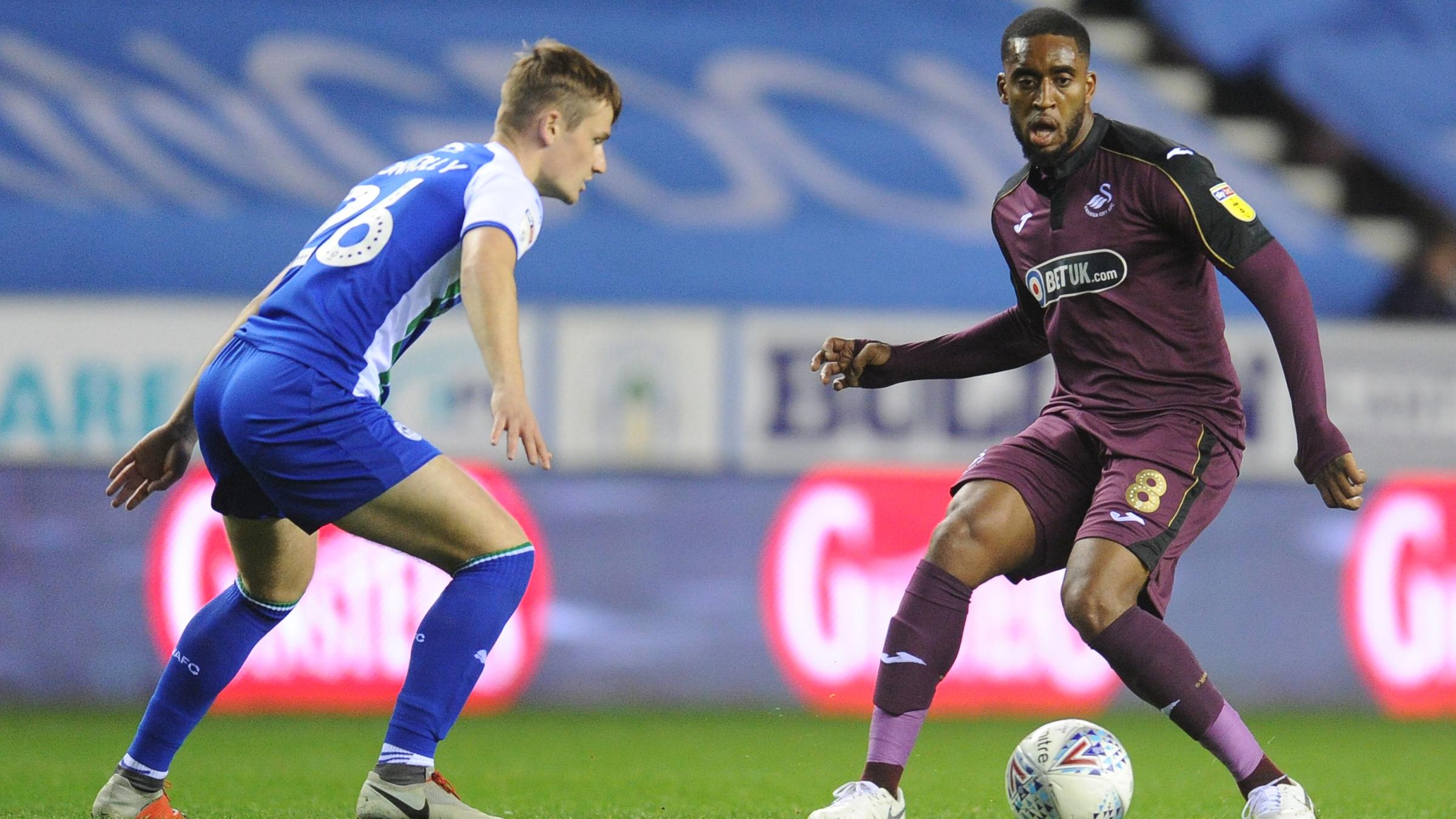 Swansea kept a fourth clean sheet in five games as this point at the DW Stadium moved them back into the top six.

The Swans controlled large swathes of the game, but could not convert that into a goal with Matt Grimes and Connor Roberts denied by Latics keeper Christian Walton.

Swans keeper Kristoffer Nordfeldt then pulled off a superb save to deny Will Grigg a late winner for the hosts, while Chey Dunkley cleared off the line at the other end with Oli McBurnie ready to pounce. 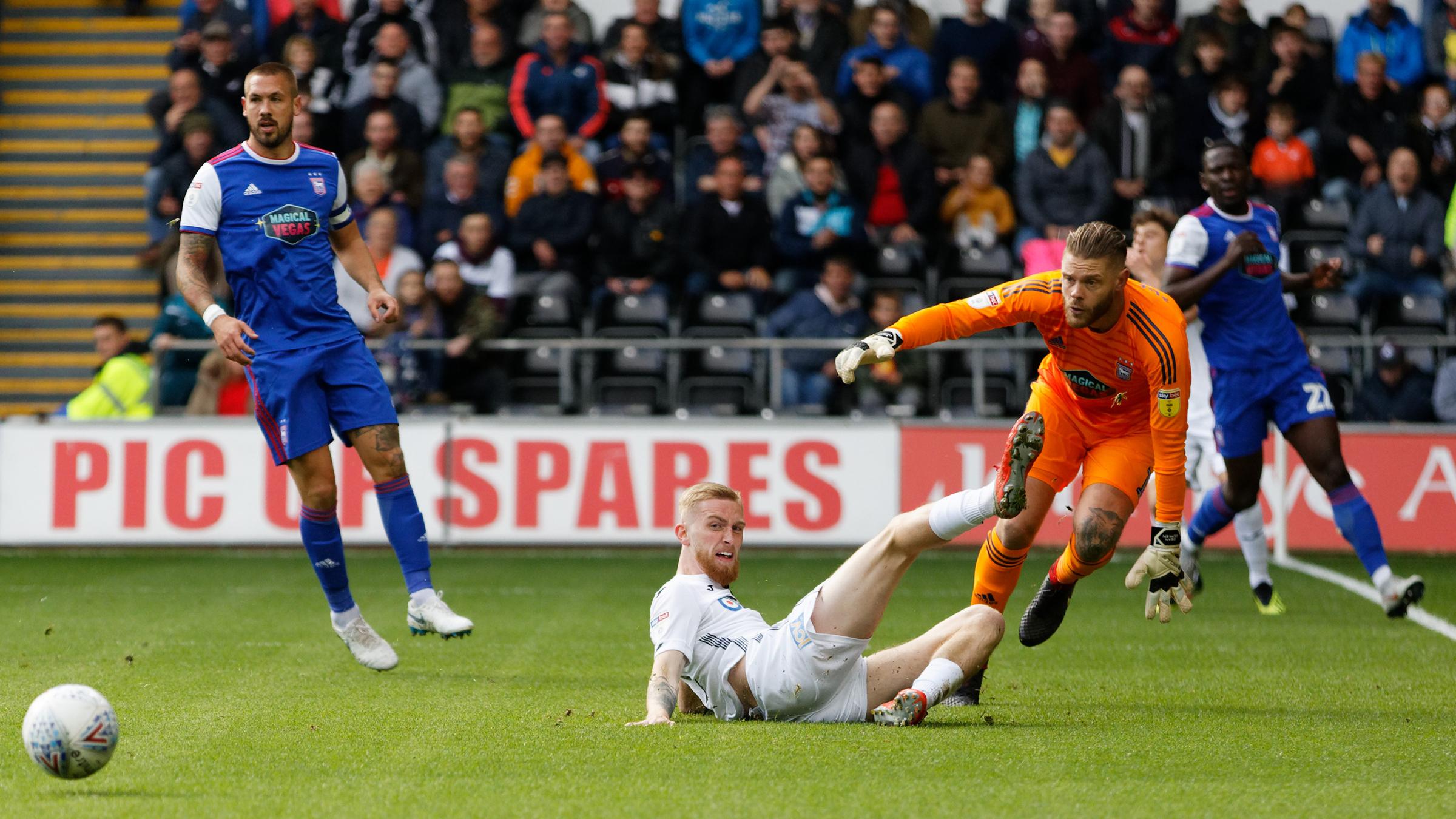 Ipswich picked up their first win of the season as Swansea City were punished for a sloppy defensive display at the Liberty.

The hosts had taken an early lead through a Janoi Donacien own goal, and spurned further chances to extend their lead.

Swansea levelled as Bersant Celina finished a brilliant team goal that had started in their own six-yard box. 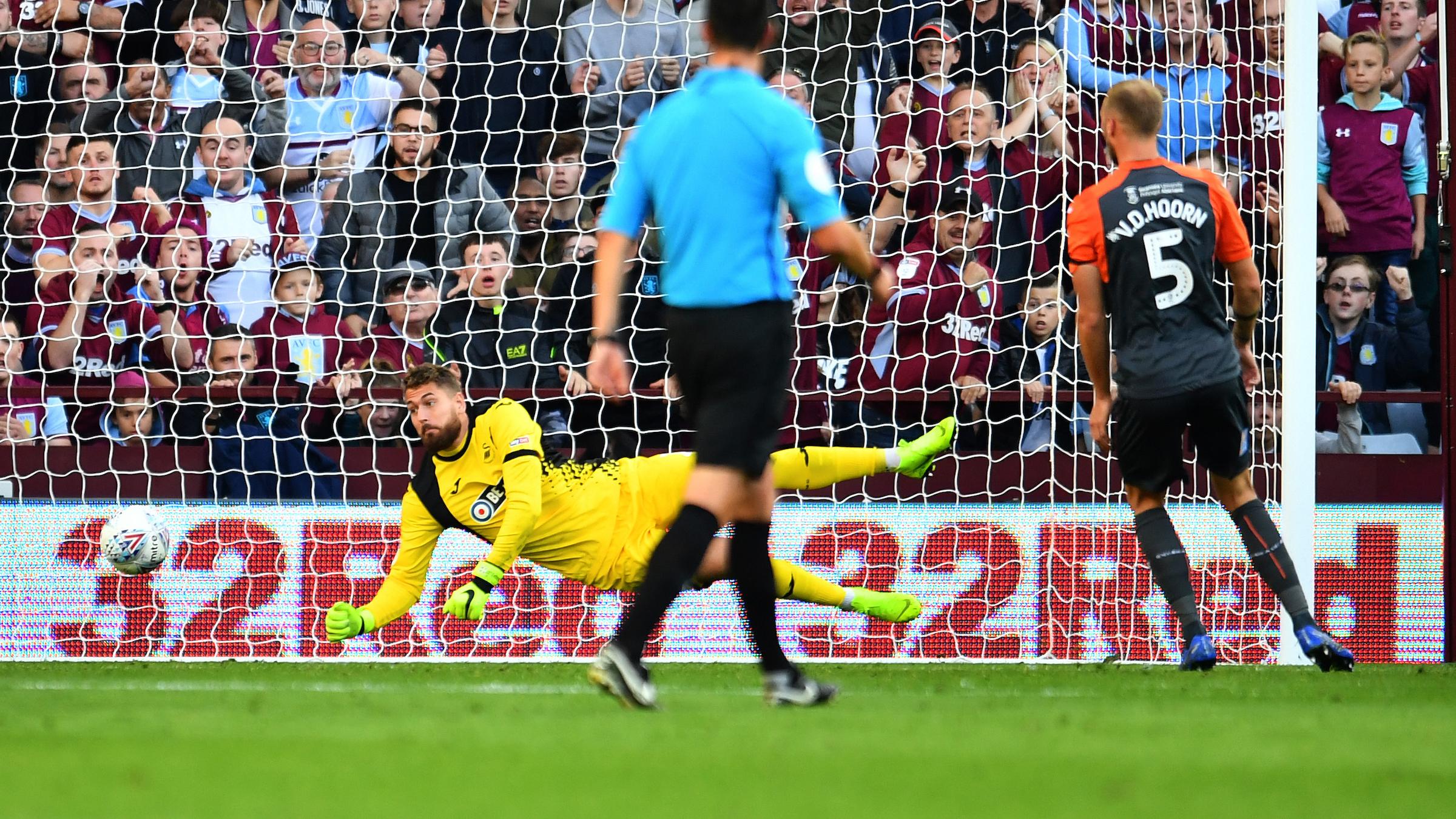 Tammy Abraham struck against his old club as Swansea City lost to an Aston Villa side buoyed by the arrival of new boss Dean Smith.

Abraham headed home Ahmed Elmohamady’s cross in the eighth minute, and he should have added to his tally as the hosts dominated the opening half.

Villa nearly paid for their profligacy as the Swans staged a late fightback, with Jay Fulton and Bersant Celina denied by Orjan Nyland during a frantic final 20 minutes. 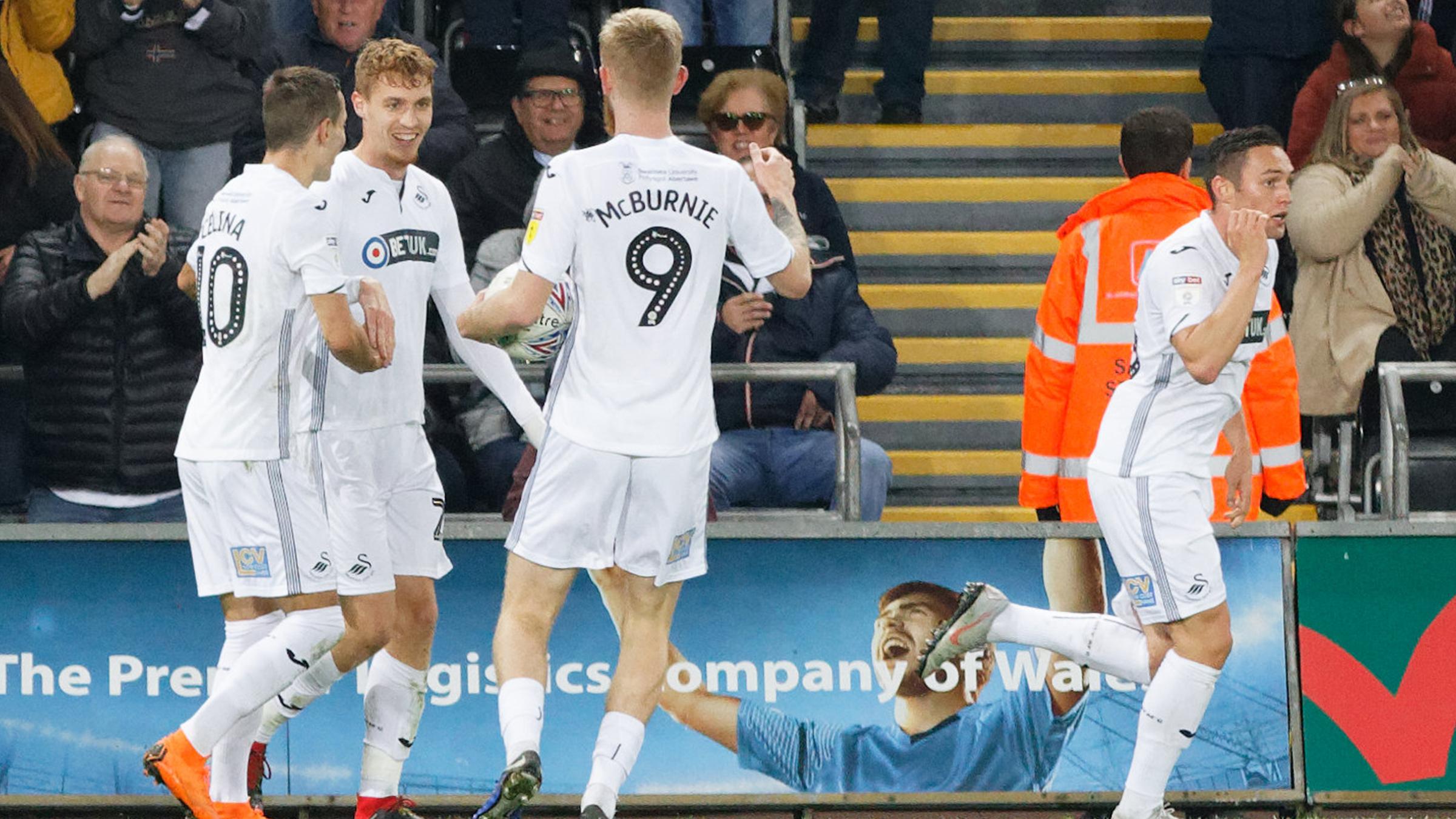 The Swans had trailed at the break to a Charlie Mulgrew penalty, but they came storming back after the break.

Jay Fulton helped them level as his long-range strike hit the post and rebounded into the net off Rovers keeper David Raya.

Connor Roberts then gave the hosts the lead, slotting home left-footed after Daniel James’ surge through the middle of the field.

And Celina sealed the win by lofting Leroy Fer’s pass over the advancing Raya, seconds after Nordfeldt had made a superb save at the other end to prevent Bradley Dack equalising. 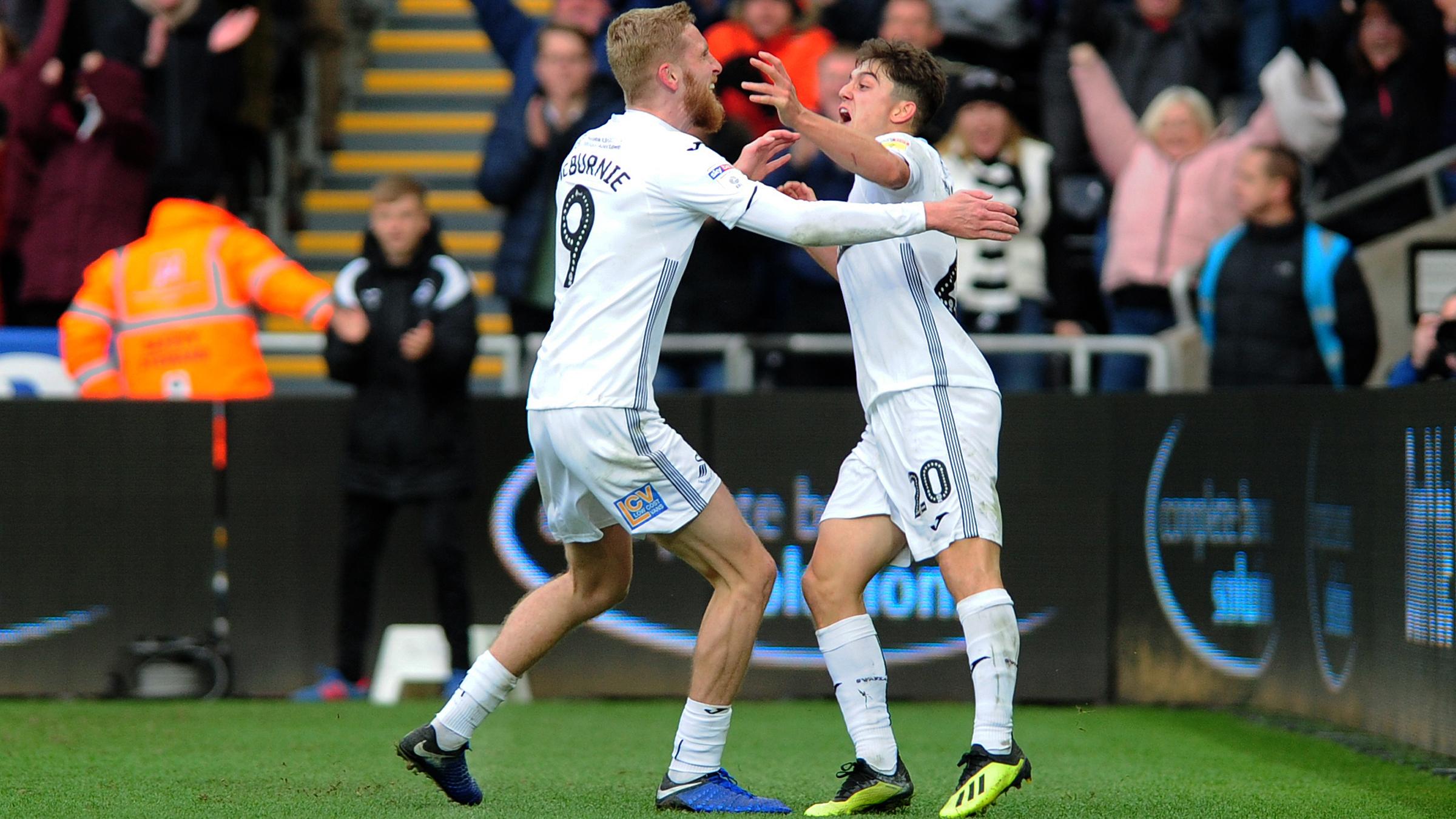 Swansea made it two wins in a week to make sure Paul Clement did not enjoy a happen return to SA1.

The Swans took control from the off, and took the lead when Andy Yiadom hauled down James, with McBurnie converting from the spot.

Potter’s men had to survive some nervy moments during the second half, but they sealed the three points when McBurnie turned home a James cross after another searing run by the winger.