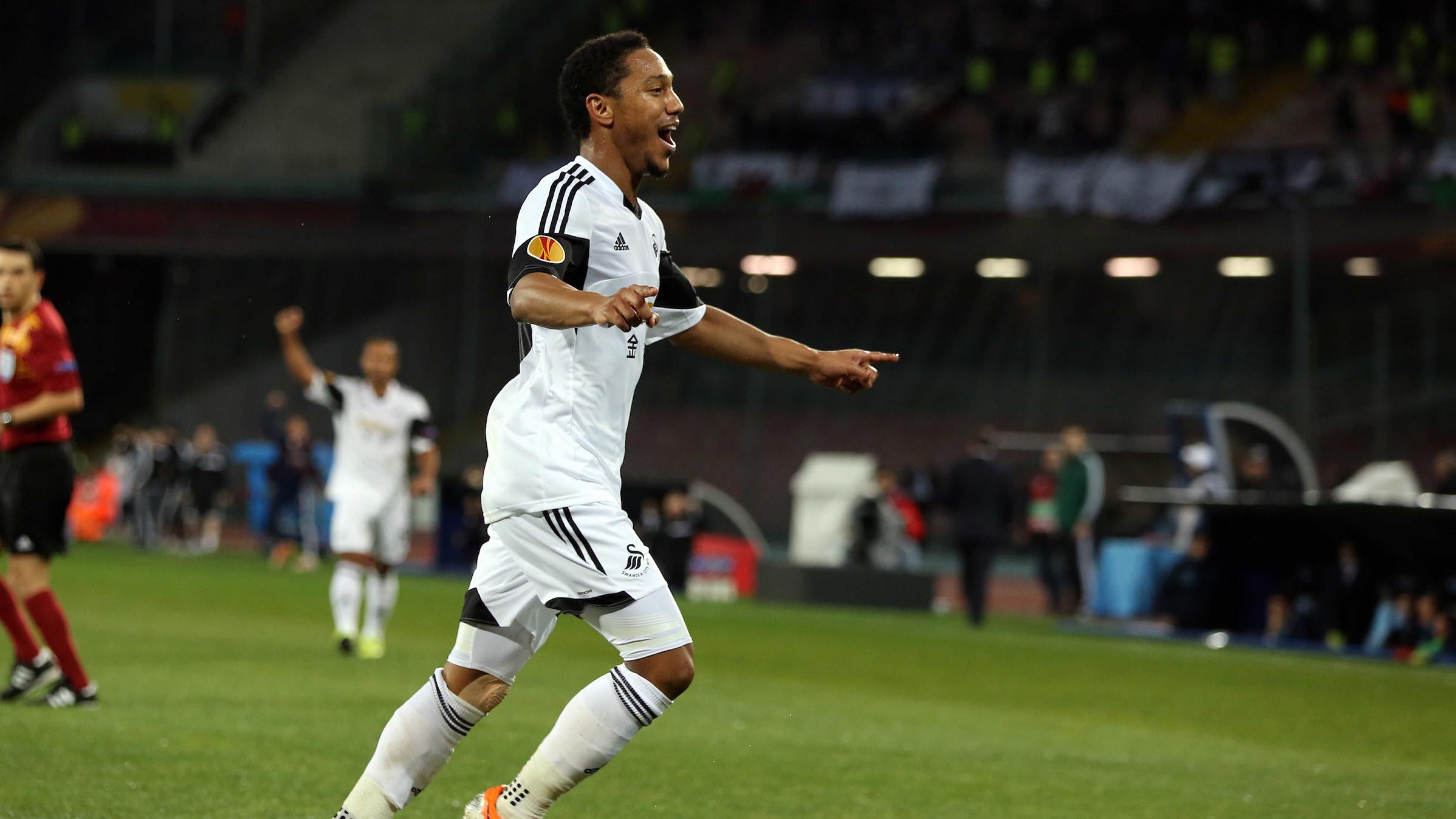 Following a goalless first leg where the Swans were left to rue a number of missed opportunities against Rafa Benitez's Serie A side, many felt Garry Monk and his team had missed their best chance of advancing.

And that looked as if it might be the case when Lorenzo Insigne put the home side ahead with a clever lob in just the 11th minute.

But the visitors hit back on the half-hour mark with Pablo Hernandez and Wilfried Bony helping to send de Guzman through on goal, with the Dutchman firing a low show below Pepe Reina.

That levelled the scores but, crucially, gave Swansea the advantage on away goals.

They had the better of the contest and Bony had the chance to give them a firm grip on proceedings, only to head a cross from the excellent Hernandez straight at Reina.

And it would prove a costly missed opportunity as Gonzalo Higuain pounced on a loose ball to fire beyond Michel Vorm and put the Italian side ahead with 12 minutes to go.

Swansea pressed for an equaliser that would send them through, but Gokhan Inler tapped home a third to end Swansea's European adventure, which had included that memorable triumph over Valencia at the Mestalla.