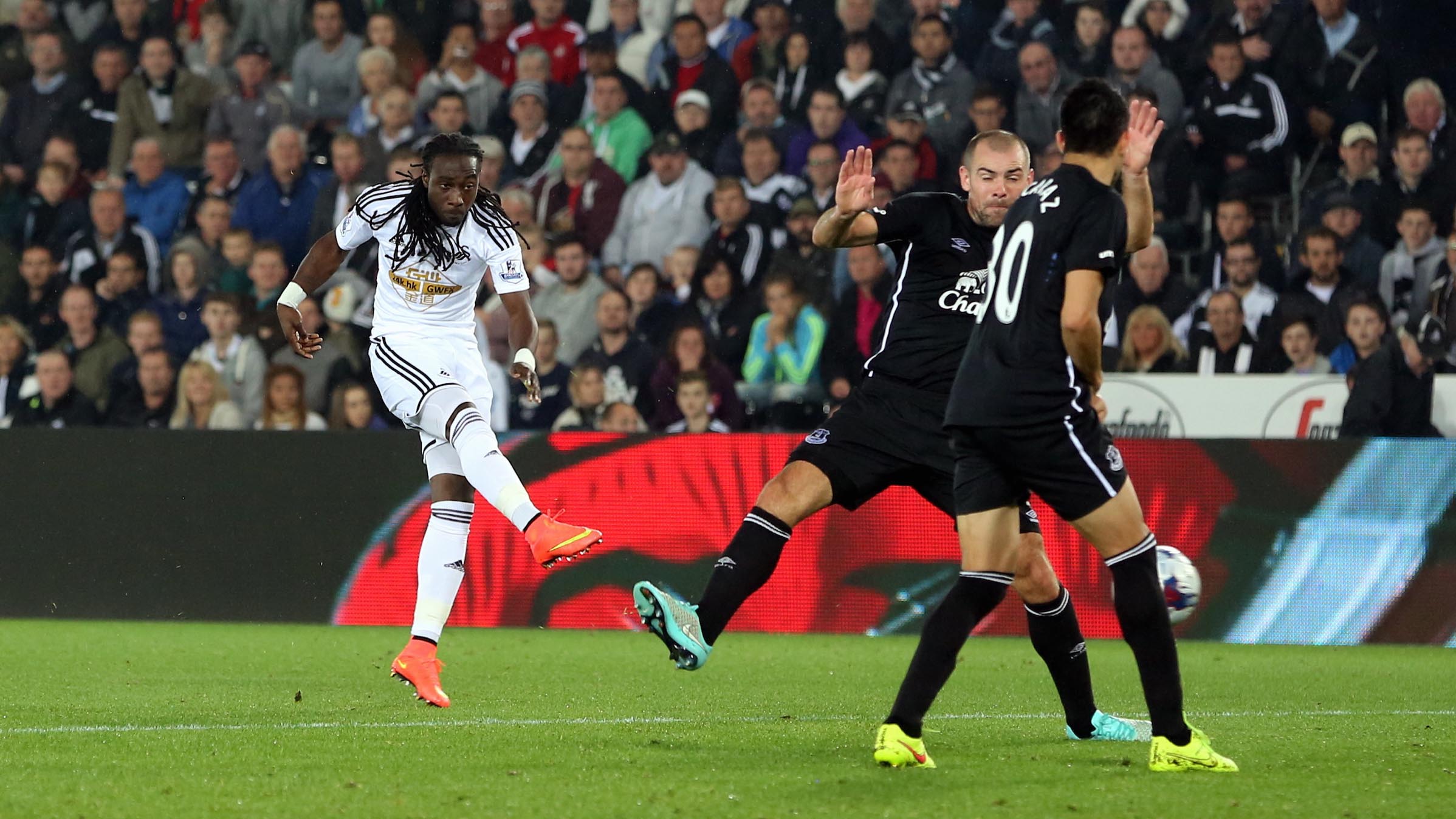 Marvin Emnes watches as his goal-bound effort heads for the back of the net and Swansea City finally claim a first-ever win over Everton.

The Swans had faced the Toffees on 20 previous occasions dating back to 1930, but had never come out on the winning side of those contests with the Merseysiders boasting 15 wins and five draws from those encounters.

But Swansea would end that sequence in emphatic fashion on September 23, 2014 as they advanced to the fourth round of the League Cup with a resounding 3-0 triumph.

On a sodden night in SA1, Nathan Dyer would fire Garry Monk's side into the lead after excellent work by Jefferson Montero, who in irrepressible form down the left flank as Everton full-back Tony Hibbert was given a torrid examination.

The score remained 1-0 until the 64th minute when an error from Sylvain Distin allowed the hosts to extend their lead.

The French defender directed a Jonjo Shelvey cross against the underside of his own bar, and Gylfi Sigurdsson stole in to tap home the rebound.

And the victory was sealed - as was the misery for former Swans boss and then-Everton manager Roberto Martinez - when substitute Emnes picked up the ball on the left and drove infield before firing into the bottom corner.