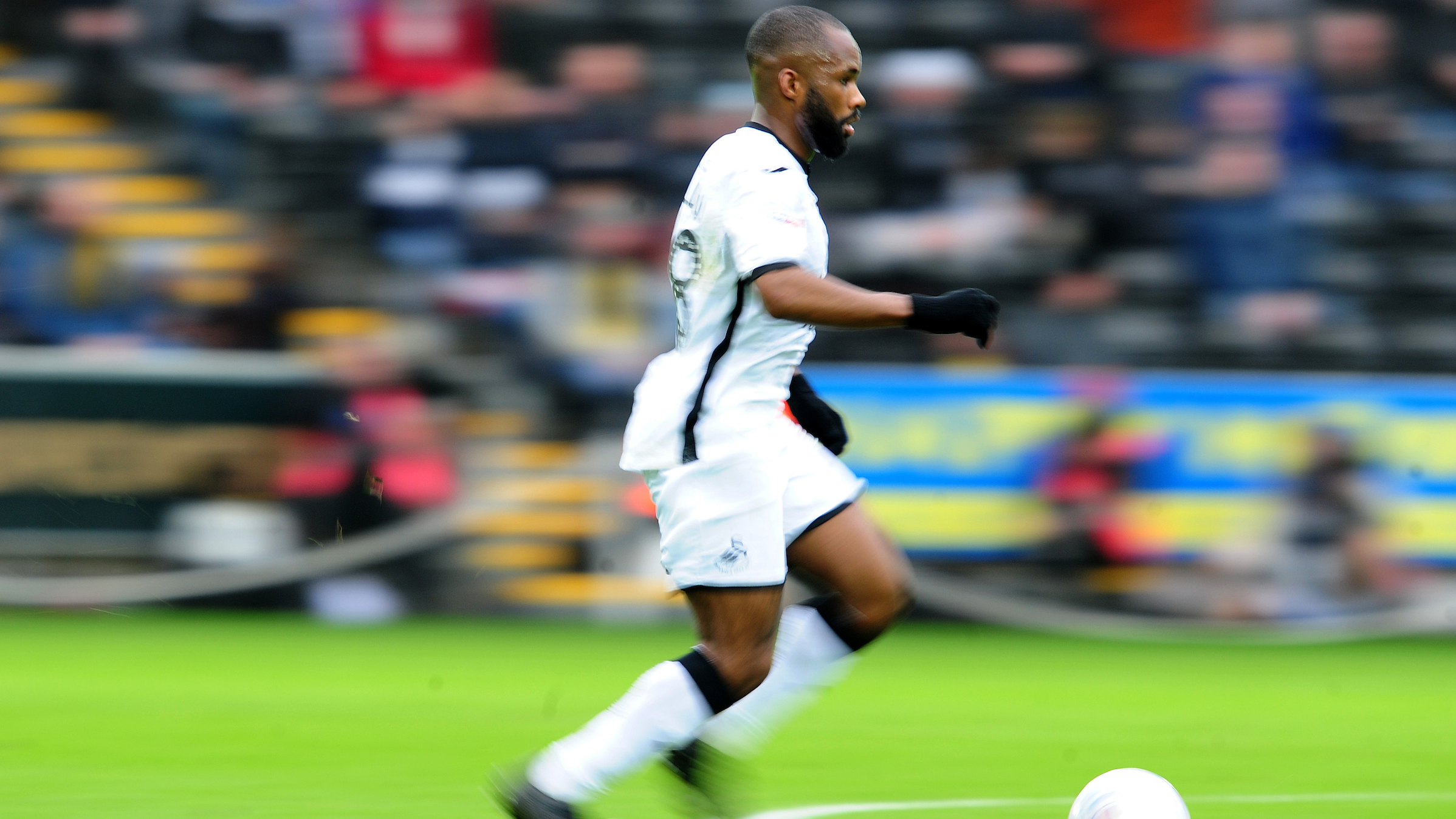 In the Spotlight | Aldo Kalulu

It has been a long and frustrating season for Aldo Kalulu, but the Swansea City winger wants to make his presence felt as the play-off battle reaches its final stage.

The 24-year-old winger joined the Swans on loan from FC Basel back in August, but the French youth international was almost immediately hit by injury misfortune.

A thigh injury suffered during his full debut against Preston ended up keeping him sidelined for over three months, putting him on the back foot and meaning he has had to bide his time to get back into the first-team mix.

Having had a chance in the FA Cup defeat at QPR, Kalulu then really made his mark in the home clash with Huddersfield.

His pace and trickery never gave the Terriers defence a moment of piece, and he helped set up the opener for Andre Ayew.

It was the sort of performance he has been desperate to show the Jack Army, and he backed that up with a solid outing in the heartbreaking defeat to Fulham.

Now, he is absolutely determined to make up for lost time, with the Swans four points adrift of the top six with just 10 games remaining.

“Everybody saw what I am capable of against Huddersfield, I am fit and hungry for more opportunities,” he said.

“I think I showed the manager and the backroom staff that I can help the team and I can offer something different to the squad.

“I’m back and I hope to pick up as many minutes as I can from now until the end of the season.

“I know the team needs me, we are in a battle for the important positions in the table and I want to make a difference.

“It’s good to be back in the first-team environment, it has felt like a long time coming and I love being out there.

“I was impatient to be back, but I had to trust the process. Now I’m back, I hope to play a lot more minutes.”

And head coach Steve Cooper was similarly pleased to see Kalulu make an impact in recent weeks, and acknowledges the winger’s Huddersfield showing was a timely one as the end of the season looms on the horizon with 30 points still up for grabs.

“He did well, he did really well,” said Cooper of Kalulu’s display in his last Liberty outing.

“It’s been a frustrating time for him having had that long-term injury and a couple of setbacks.

“But he was given an opportunity and he took it. For the hour or so he was on he had a really good impact, particularly in the first half.

“The first thing he did got the supporters on their feet, they got right behind him and he carried that through.

“He got an assist with the first goal and we are really pleased to see him doing what we know he can.

“He’s been unlucky but it is exciting, he comes into the fold at an important time of the season and he can definitely make an impact. He is an impact player.”

Kalulu disappointment at his injury trouble was deepened given how excited he had been to make the move to join the Swans last summer, revealing how an unexpected trip to the Madejski Stadium last season left a lasting impression on him and played a part in his move to SA1.

The pacy forward initially came through the ranks at Lyon, and played Champions League football for the Ligue 1 club.

He had spells on loan at Rennes and Sochaux, before making the move to Switzerland with Basel in the summer of 2018.

Kalulu had a number of options available to him but his recollections of watching the Swans beat his friend Yakou Meite and Reading 4-1 back in January 2019 – plus words of advice from ex-Lyon colleague Bafetimbi Gomis – ensured there was only one place he was going to end up.

“When I joined I was excited to get started. I had already seen some of Swansea’s games from last season as I have a friend who plays in the Championship with Reading (Meite),” he said.

“I went to Reading and saw him play against Swansea, so I really liked the idea and the style of the team and this was why I chose the club.

“I also spoke a little bit with my friend Bafetimbi Gomis, who played for Swansea.

“I knew him when we were at Lyon and he told me a lot of good things about Swansea.”

Kalulu arrived with a reputation for speed, and the versatility to play in both wide and central areas.

He has been utilised mainly as a winger in his appearances to date but insists he will be happy to play wherever he fits into head coach Steve Cooper’s plans, admitting he has been impressed by life under the Swans boss.

“Before I joined I had very positive discussions with the manager - he has a very good idea and philosophy of the game,” he said.

“He was very good with me about my injury, he always made me feel involved, always kept me in the discussions we had as a team and I appreciated that.

“I like it here, it is a modern way of playing football. It is a little different from British football and this is why I came here.

“I will let people make up their own minds about me as a player but I am fast, I like to dribble and I want to score goals and make assists.

Perhaps inevitably for a man who has played for one of France’s top clubs - whilst also winning international honours and featuring in the Champions League -  the list of Kalulu’s former team-mates happens to include some of the biggest stars in the European game.

He played alongside the likes of Alexandre Lacazette, Nabil Fekir and Samuel Umtiti during his time at Lyon, while he was in the same France Under-18 squad as Kingsley Coman, Lucas Hernandez and Moussa Dembele.

A number of those players are world champions having been part of the France squad in Russia in 2018, while Lacazette has enjoyed considerable success since joining Arsenal in 2017.

The Gunners’ striker was a team-mate who Kalulu looked up to and learned from during his formative years with Lyon.

“They were also young players, but they were already very good,” he added.

“I had the chance to train and learn from them, especially with Lacazette in front of goal.

“He gave me some good advice and it’s good to take that in. You can always learn, whether you are a young player or an older player.

“He has been successful in football in this country, I hope I can still do the same.”

If he can help the Swans launch a late burst for a play-off burst, his spell in SA1 will be one to be remembered fondly.