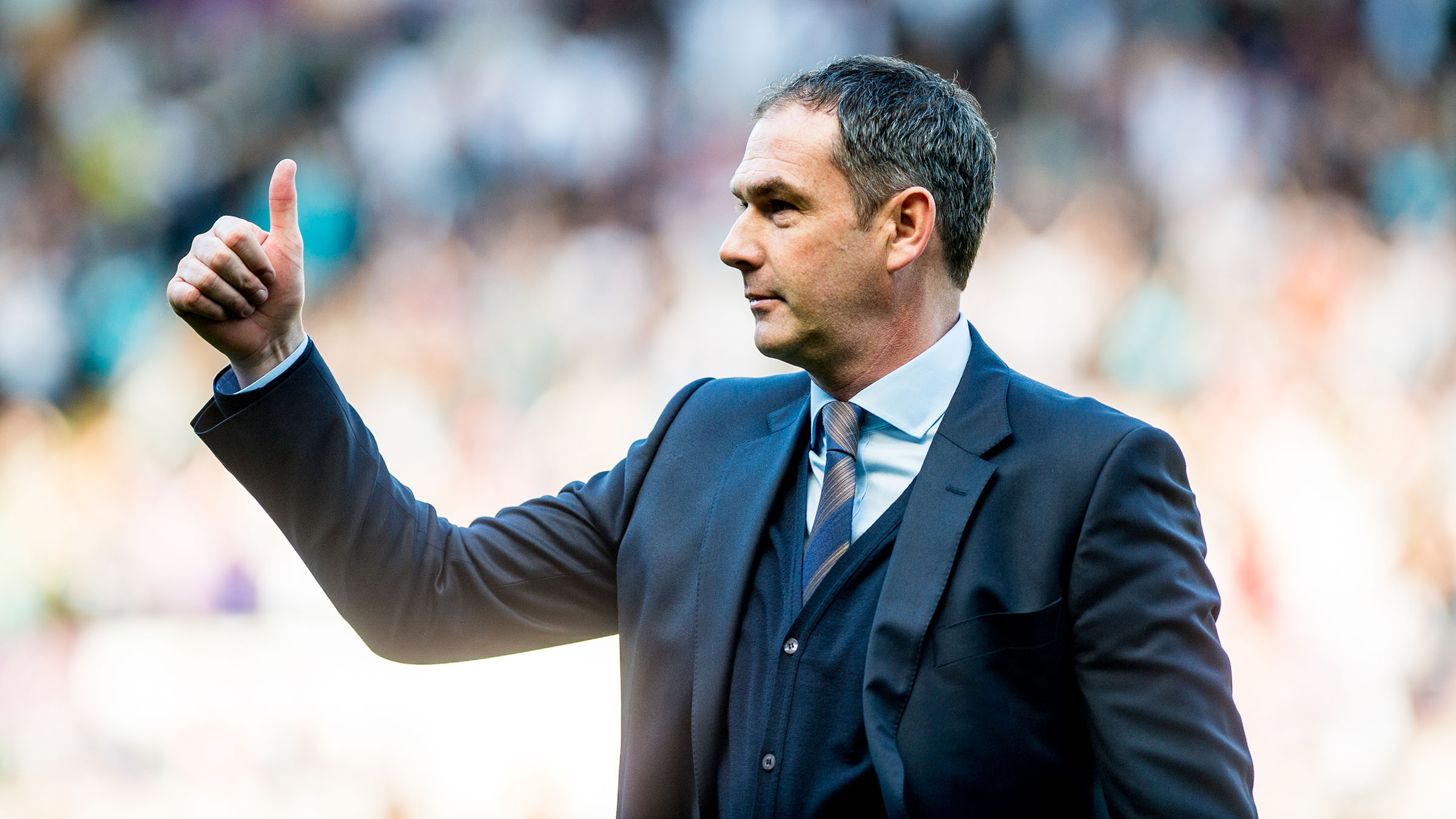 Paul Clement reckons his players are hungry for game-time as Swansea City get set to kick off their pre-season campaign at Barnet tonight (7.45pm).

The Swans play their first friendly of the summer against League Two opponents in North London.

And Clement says his squad are keen for a run-out having returned to training at the start of last week.

“The first 10 days of pre-season have gone very well. The players have been focused and they have worked hard,” the Swans manager said.

“We have got a good volume of work – both physical and tactical – into the players already and I am pleased with how things have gone.

“Now we go into an even busier period where we play four games in two weeks, starting against Barnet.

“We are really looking forward to going to Barnet because players and coaches love to be involved in games.

“We have done 10 days of training now and the players are ready to get on the pitch. We have good motivation for this game.”

Clement is set to give all those players who are fit a taste of the action at The Hive this evening.

The Swans, who fly to America for a 10-day pre-season tour tomorrow, face a Barnet side who finished 15th in the fourth tier last season.

“We will look to share the load in this game,” Clement explained. “The majority of players will play 45 minutes each.”

The Swans' initial ticket allocation for the Barnet game has sold out, but supporters can pay at the turnstile (cash only).

Ticket prices are as follows: