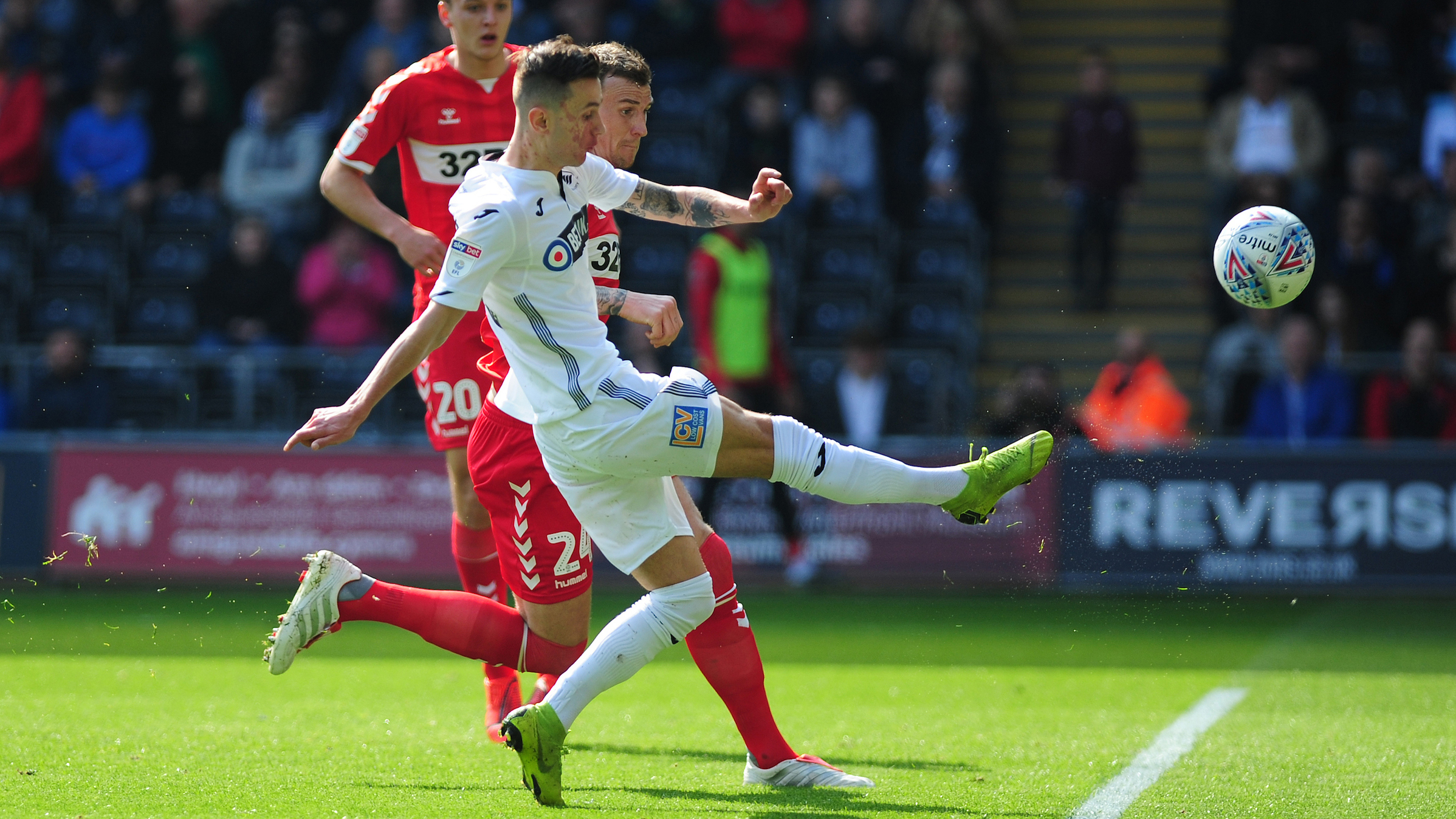 Swansea City are hopeful of having Wayne Routledge and Bersant Celina available for Tuesday’s meeting with Stoke.

The pair picked up injuries during the 3-1 victory over Middlesbrough at the Liberty Stadium.

Routledge – who scored the Swans’ second goal - came off after appearing to feel his hamstring during the second half.

Celina, meanwhile, was helped off at the end of the game after being hurt in a challenge by Jonny Howson for which the Boro midfielder was booked.

The Kosovo international had two assists on the day, and manager Graham Potter is hoping he and Routledge will be in contention to face the Potters.

“I think it was just a bit of fatigue with Wayne, nothing too serious,” said Potter.

“We will see over the next 24-48 hours. He made a lot of sprints, it’s part of the challenge at this stage of the season.

“With Bersant it was just a kick, nothing too bad.

“It is a bit sore, if it settles down we are hoping he will be okay. We are in tomorrow, so we will recover and do a bit of a body count for Tuesday.”