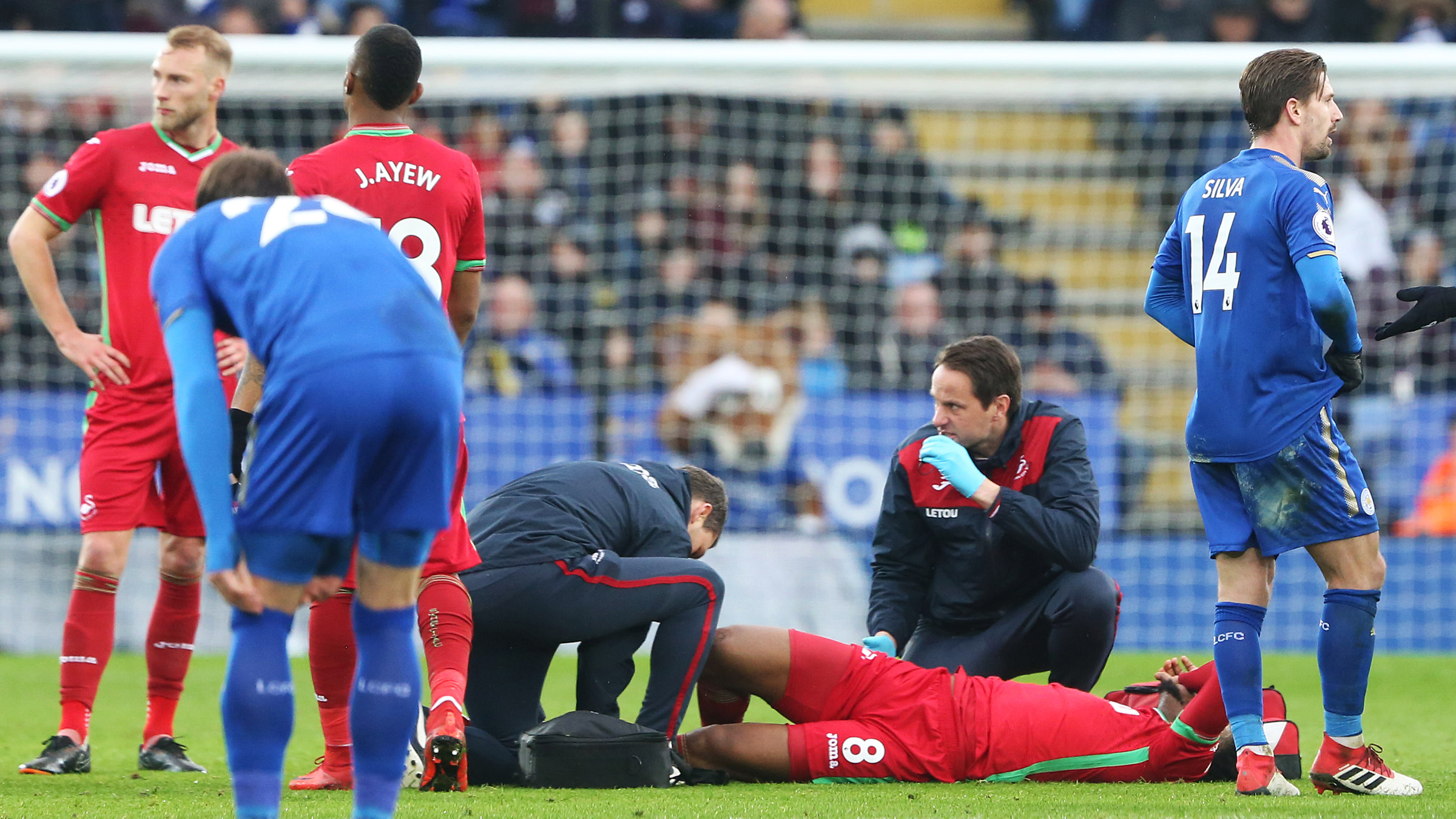 Carlos Carvalhal is keeping his fingers crossed for Leroy Fer amid fears the midfielder has suffered a significant injury.

Fer was stretchered off after only 34 minutes of Swansea City’s 1-1 draw at Leicester after collapsing while running with the ball.

The early signs are that the Dutch international has damaged his Achilles, but Carvalhal is hoping for some good news.

“It looks like a serious injury at first viewing,” said the Swans boss.

“I think it’s an Achilles problem, but we are not sure yet.

“We have to wait for it to settle down in the next 48 hours and then we will see.

“We hope it will not be as serious as we suspect at this moment because Leroy is an important player who has been doing well.”

Wilfried Bony also picked up an injury after coming off the bench at Leicester, although the Swans do not think he has suffered any significant damage.

“He had a small problem, he twisted his ankle, but it doesn’t look serious,” Carvalhal added.

“It’s a good sign that he was able to stay in the game and finish the game.”

Leroy set to return to training