Swans planning to be pitch perfect

The club is investing over £550,000 to completely renew the pitch ready for the new Championship campaign in August.

While the playing surface is renewed every year at a cost of around £30,000, the club is going one major step further and renewing to base level for the first time since the stadium opened in 2005.

A new SISGrass system is also being introduced which combines artificial fibres, similar to those used on a 4G astro-turf pitch, with traditional grass developed specifically for sports pitches.

The pitch renovations will utilise nearly 4,000 tonnes of sand and soil mix, plus 20 million fibres that will be stitched into a new nylon base layer.

“The normal life of the base layer is around 10 years,’’ said Swans’ grounds' manager Anthony Harry.

“We have done exceptionally well to get 14 years use out of it, especially when you consider we also play rugby here as well, which technically makes it even older. 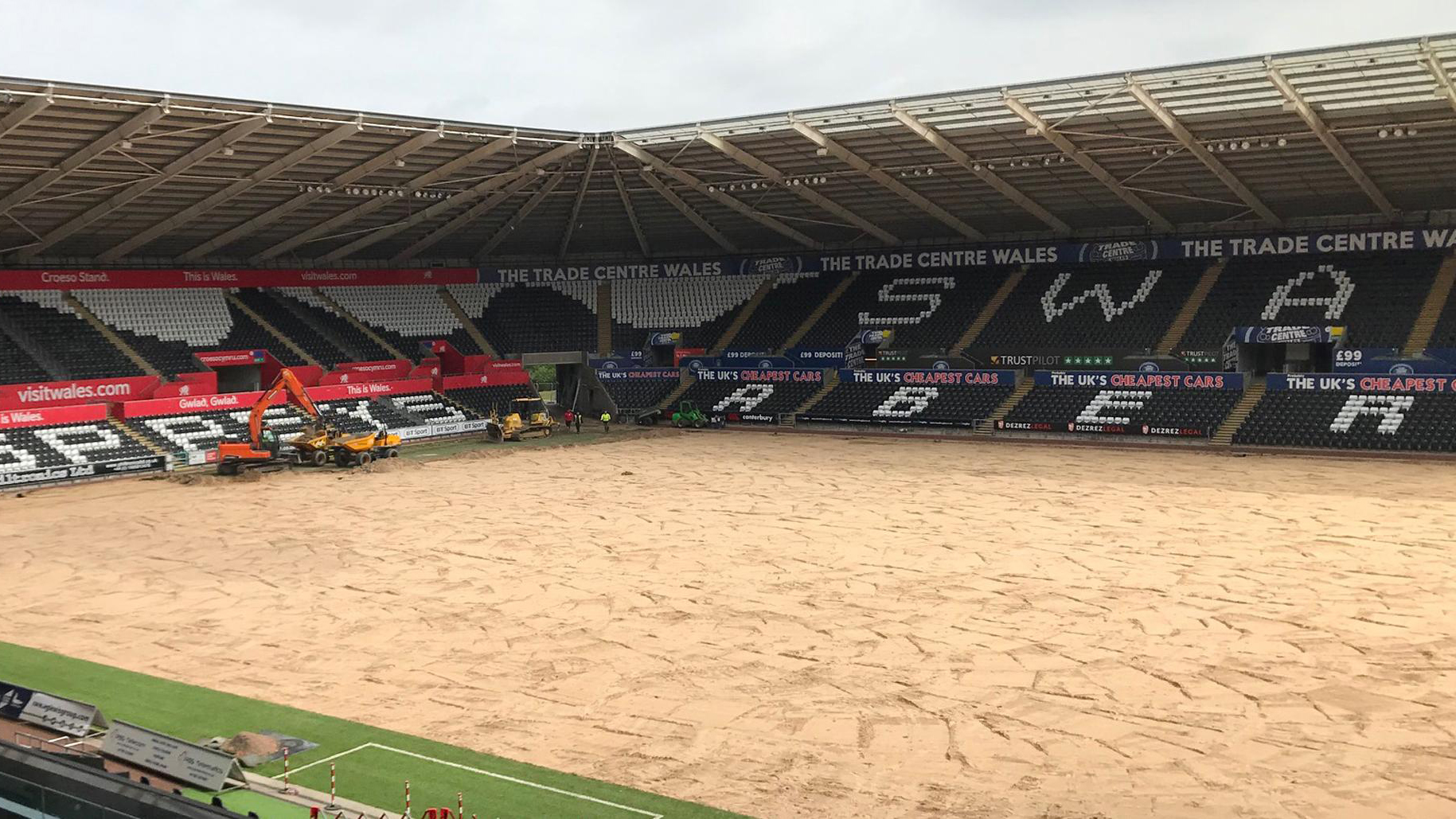 “Thankfully I have an outstanding and dedicated team of staff working across all our sites - including the training grounds at Fairwood and Landore – who have been central to the quality of the pitches. They have enabled us to win numerous top awards for the Liberty pitch over the years and I can’t thank them enough.

“But the pitch really has come to the end of its life now. That’s why the club is making such a huge investment to ensure it can deliver at the top level for another 10 to 14 years.

“With new technology emerging since we first built the pitch 14 years ago, I’m confident we will have an even better surface going forward. Because of the way Swansea like to play, it’s vital we give the manager and the players the best surface possible to perform.

“The new surface will be faster and have an improved, modernised irrigation system which will allow us to water at the flick of a switch and drain excess water far quicker when the wet Welsh weather kicks in.’’

With the old grass and a further 180mm of surface material already removed, the new base layer is due to be set this week to allow seeding to take place in mid-June. Amazingly, the first signs of growth will appear after just five days, allowing the SISGrass fibres to be stitched in over a 10-day period from the start of July.

And, weather permitting, Swansea’s new manager will have the perfect pitch to kick off the new Championship campaign in August.