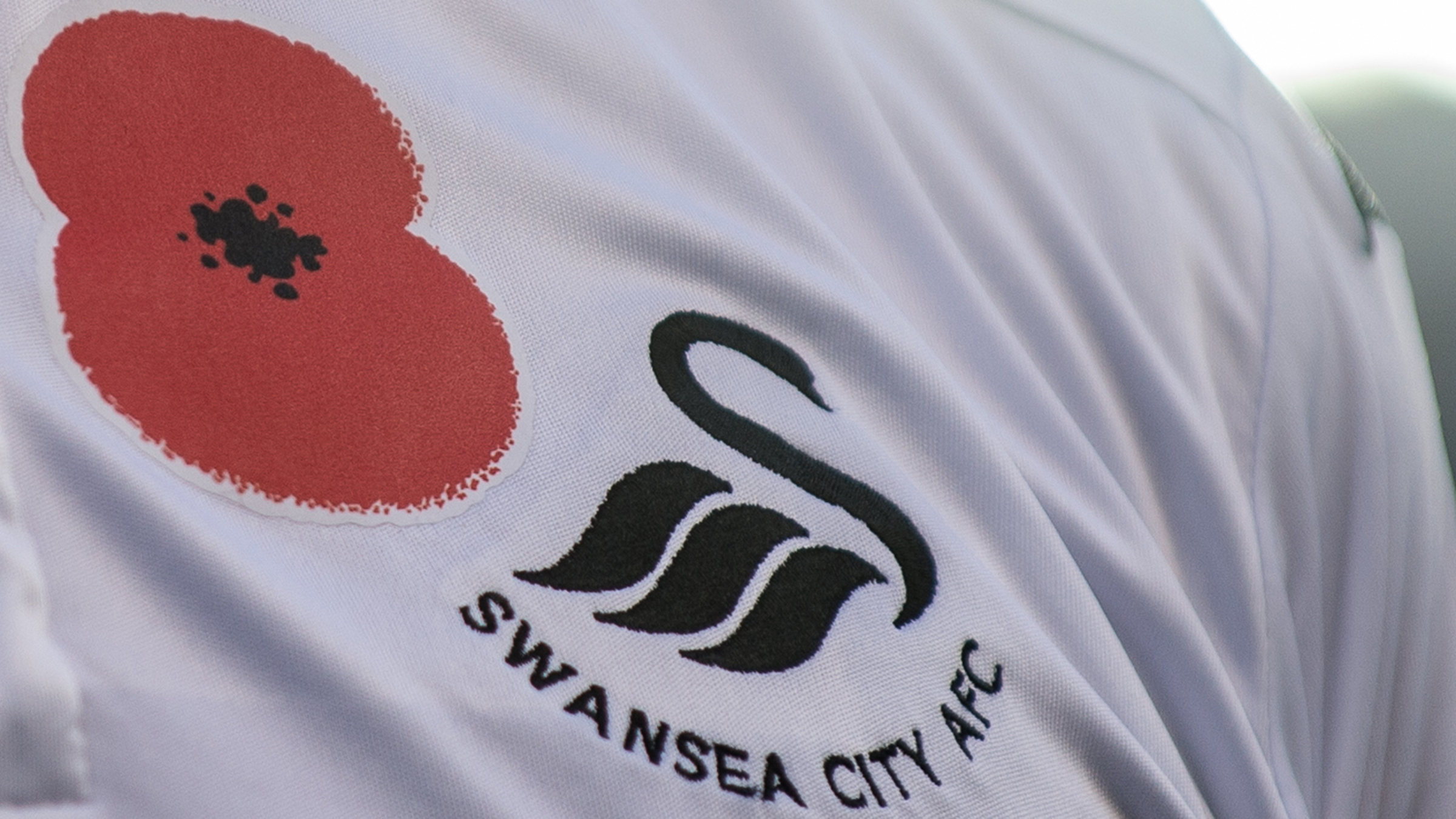 Swansea City is proud to be supporting The Poppy Appeal 2017 this weekend as The Royal British Legion encourages people to rethink what Remembrance means.

The poppy and the work of the Legion is often associated with the First and Second World Wars and elderly veterans, however the charity is calling on the public to reconsider what the poppy stands for and wear it in support of the Armed Forces community, past and present.

The Swans and Saturday’s opponents Brighton will once again wear special-edition shirts featuring poppies which will be signed and donated to the Legion for auction.

If you are interested in bidding for one of the shirts, you can register your interest HERE.

The money will help the Legion offer support in many ways including providing crisis grants, researching the long-lasting impact of blast injuries on the body, lobbying the government on issues that affect our community, sport and art-based recovery programmes and advising on benefits and money problems.

The Royal British Legion’s work is encapsulated in its motto: ‘Live On – to the memory of the fallen and the future of the living.’

To support Remembrance Day, the RBL volunteers will be selling merchandise inside and outside the stadium, including poppies, plus a bucket collection.

Members of the Commando Recruitment Team will also conduct an abseil display from the North Stand and deliver the match ball to members of the Maritime Reserves on the ground.

Before kick-off, the two teams will be led out by members of the Lord Lieutenant Cadets and personnel from the Royal Navy, Army and RAF. The Cadets will lay wreaths on the centre circle before a minute’s silence in respect and remembrance of those who lost their lives serving their country.

Then at half-time, there will be an unarmed combat display by the Commando Recruiting Team.

Please support The Poppy Appeal 2017 on this special day of Remembrance.