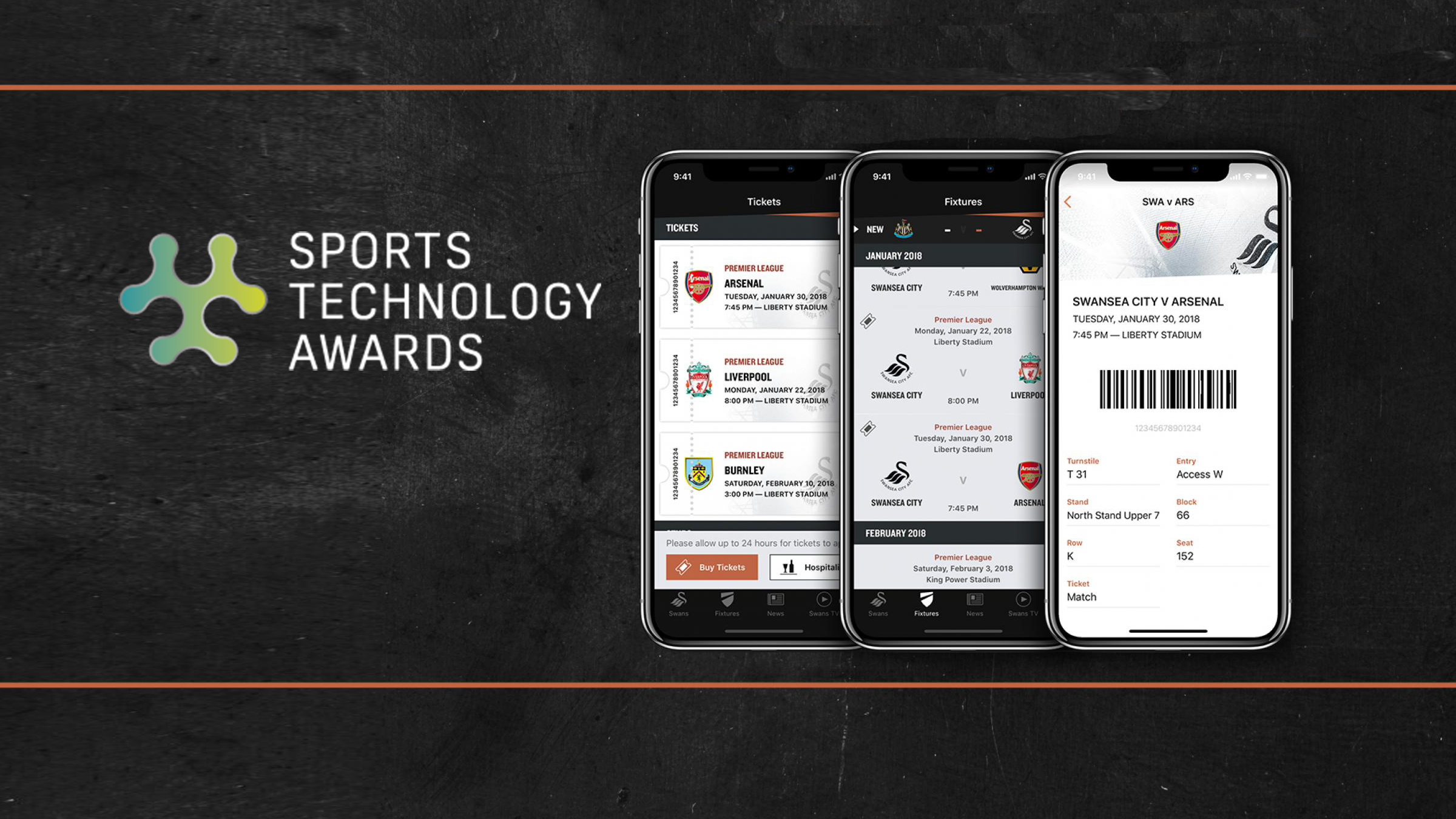 Swansea City has been shortlisted for the prestigious Sports Technology Awards 2018 for the first time.

It is a major accolade for the club as the awards celebrate technology-led innovation in sport on a worldwide basis.

The club has been shortlisted in two categories - a rare achievement for a football club.

The first category is ‘Best Technology in Fan Engagement’ which recognises the qualities of the new official Swans App, which was developed in conjunction with Other Media, that was launched in the summer alongside a revamped club website.

The club has also been shortlisted for ‘Best Technology in Athlete Welfare’ for its custom-built Swans Player App which helps them, and their families, settle into life at the club. The app assists new players and backroom staff with wellbeing matters such as family doctor contacts, nurseries, schools, mental health issues and PFA support through to daily training schedules and anti-doping updates.

The app has been endorsed by the Premier League with their player care manager, Michelle Farrer, stating: “This is something we fully support because the wellbeing of players is something we take very seriously.’’

The 2018 Sports Technology Awards shortlist features all facets of the sports sector on a global basis.

The finalists will be announced on May 3 at a special awards ceremony in London.