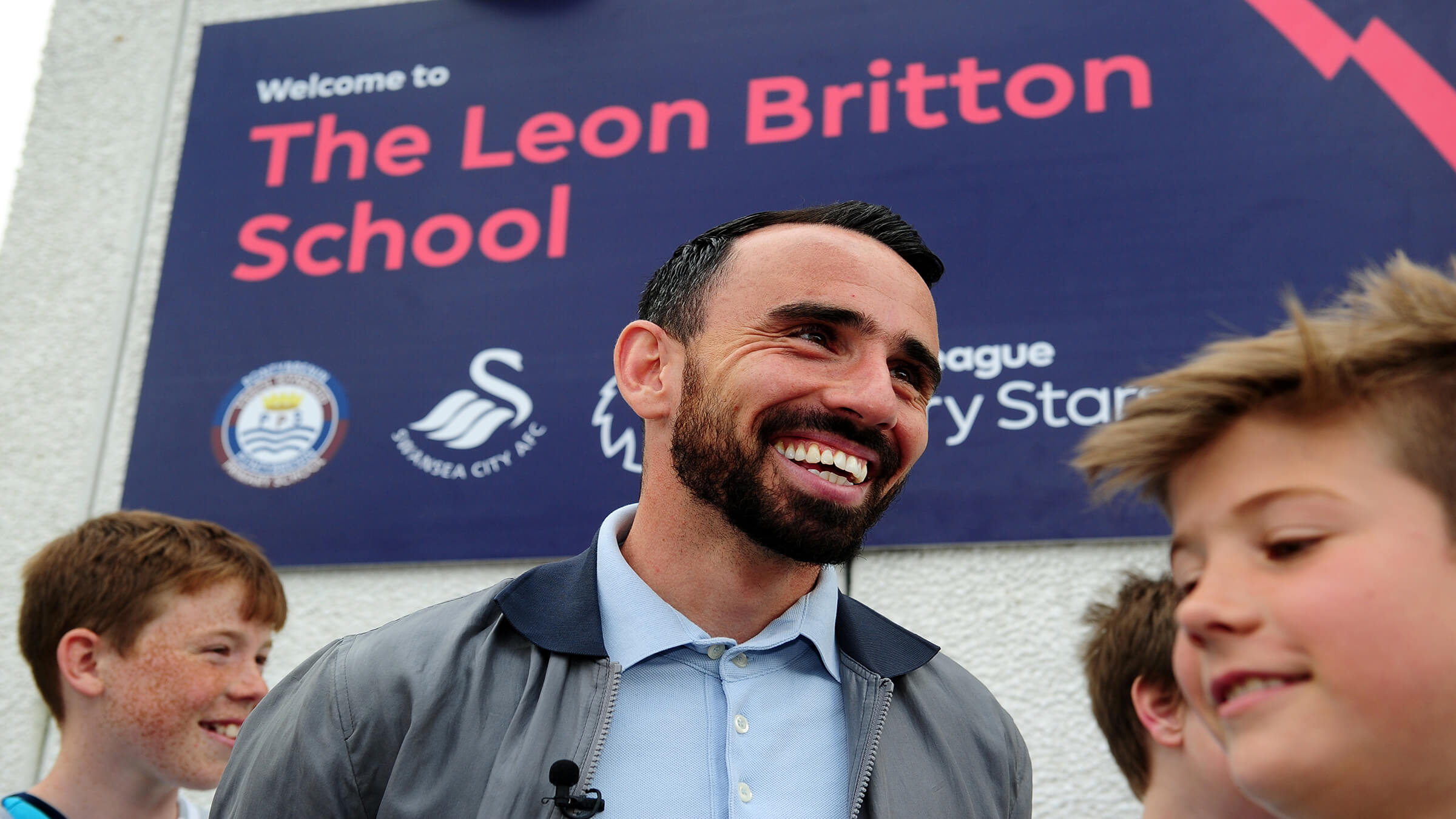 The Premier League Primary Stars Kit and Equipment Scheme will allow teachers the opportunity to get their hands on a full team kit or a range of useful equipment that can be used for different subject areas.

“Having a school named after you is something you never dream of,” said Britton. “It’s great that the Premier League is investing money into local communities, whether it’s in Swansea or throughout the UK. I think it’s important to let fans see that.

"That it’s not just going into the football clubs but also into the surrounding communities and it’s having an effect on them and doing positive things.”

Richard Scudamore, Executive Chairman, Premier League, added: “Premier League Primary Stars uses the power and popularity of football to inspire children to enjoy English, Maths and a range of other subjects. Our clubs are already doing great work in this area and it is fantastic to see players visiting local schools to support the programme and encourage learning.”

The Premier League Primary Stars Kit and Equipment scheme is supported by Nike and delivered by the Football Foundation.

Teachers can apply for the chance to receive free football strips or equipment for their school by registering for the programme at www.PLPrimaryStars.com. Parents can also nominate their school via the Premier League Primary Stars website. This year’s application window opens from 24 April – 9 June.